In Search for an Antidote

COVID-19 Impact on Freedom of Expression

In early January 2020, the Chinese doctor Li Wenliang became the first victim of what would soon become a global censorship pandemic. After warning colleagues about a mysterious SARS-like disease in an online chat room, Dr. Li and seven other doctors were arrested for spreading “false rumors.” Li had to sign an agreement warning of consequences if he continued his “illegal activities.” By 31 December 2019, the government forced social media platforms like YY and WeChat to censor content related to the coronavirus, Dr. Li and the government’s handling of the outbreak. Next, the regime cracked down on journalists, commentators and foreign correspondents covering the crisis. On 7 February 2020, Dr. Li died of the coronavirus. There can be little doubt that COVID-related misinformation can cause harm and panic. But censorship is a bad medicine that may well worsen rather than cure the infection of distrust and conspiracy theories.

Using censorship to fight COVID-19 has not been unique to China. At Justitia’s Future of Free Speech Project, we have been tracking global coronavirus related free speech restrictions and the results are striking: Between February 1 and 15 June 2020 we recorded at least seventy legislative and policy changes instituting various forms of censorship related to COVID-19. We have also documented at least 703 arrests or detentions in 36 countries for, amongst others, allegedly spreading rumours or fake news related to the virus. Worryingly, many of the arrestees were journalists. Turkey alone has arrested 436 persons for acts such as “provocative” posts about the outbreak on social media. Legislative changes include the imprisonment for up to five years for ‘falsehoods’ in Hungary, the imprisonment of those spreading ‘rumours’ about the virus for at least one year in the United Arab Emirates and the imprisonment of up to two months and fines of up to USD 20,000 in the Philippines for those who ‘spread false information’ in relation to COVID-19 on social media. Policy and other measures include the blockage of hundreds of news sites in Myanmar, the ban on printing of all newspapers in Iran and the gagging of health professionals, such as some NHS trusts in the UK imposing blanket bans on staff to speak about the virus and their work.

Given the exceptional circumstances of a pandemic and the Internet’s role in spreading ‘misleading, unsettling and confusing’ information about the coronavirus, one might be tempted to welcome draconian clampdowns on the free flow of information. As noted by the General-Director of the WHO, ‘we’re not just fighting an epidemic, we’re fighting an infodemic. Fake news spreads faster and more easily than this virus and is just as dangerous’ Such news may include (and have included), fake cures, rumours, conspiracy theories and the spreading of racism and xenophobia: In Iran, more than seven hundred people died from drinking methanol as a cure for the virus, attacks on 5G cell towers have happened in several countries.

However, as the case of China shows, censorship may well do more damage than good when it comes to ensuring the free flow of accurate and reliable information critical for fighting the further spread of COVID-19.

As of 30 June 2020, around 10.3 Million cases of COVID-19 have been reported, including over half a Million deaths. Chinese President Xi Jinping claims that China informed the world “in a most timely fashion.” However, in May 2020, the Associated Press exposed how the Chinese government withheld critical information from the WHO for weeks in the early phases of the disease ‘when the outbreak arguably might have been dramatically slowed.’ A research study conducted by the University of Southampton showed that if interventions in China had been conducted earlier, cases could have been reduced by up to 95 percent – significantly limiting the geographical spread of the disease. Internal documents and interviews suggest that ‘tight controls on information and competition within the Chinese public health system’ are to blame. The Chinese government’s approach has led the historian Serhii Plokhy to compare the pandemic to the Chernobyl nuclear disaster in 1986: ‘Like Moscow’s terse initial report about the Chernobyl disaster, Beijing’s announcement about the outbreak of COVID-19 came late, was incomplete, and had all the hallmarks of a coverup… Lack of freedom of speech helps to turn potential disasters into real ones and national tragedies into international cataclysms.’

Even more alarmingly, many of the restrictions that purportedly aimed at protecting the people from COVID-19 have really been about protecting authoritarian governments from the people. Few things are more unsettling to authoritarian regimes than the public perception of losing control. Unfortunately, times of crisis and fear are also the perfect opportunity to erode civil liberties. In this ambit, no freedom is more relevant for authoritarians to weaken than “the bulwark of liberty,” that is free speech.

For example, in Hungary the police arrested and questioned at least three and investigated at least 86 people for alleged false information under the new temporary emergency laws which have included critics of the current government. In Azerbaijan, during the month of April, over 100 citizens speaking up against the government’s response to COVID-19 on social media received threats from the authorities and over 10 administrative cases were opened against citizens for statements against the government, with some resulting in their administrative arrest for several weeks. In May, four people were arrested and seven others were charged in Bangladesh for spreading “rumours” about the virus on social media. These measures came after the four persons were critical of the government’s handling of the situation.

Even democracies have wavered. The European Commission conducted a study to evaluate the effectiveness of the Code of Practice on Disinformation. This called for ‘sanctions and redress mechanisms’ under the currently voluntary Code involving social media platforms. According to the study, ‘the fact that the pandemic has become the topic of a new wave of disinformation has reinforced the need for action.’ As such the corona-related restrictions on free speech may serve as a beach head for more repressive measures infecting liberal democracies. But the global consequences of China’s censorship and secrecy should serve as a stark warning against copying Beijing´s tactics even when diluted. Because even trusted health authorities are not always reliable arbiters of the truth when caught in the crossfire of geo-politics. Health experts and government officials from around the world have criticized the WHO for being too politized and ‘uncritically repeating information from the Chinese authorities,’ aimed at protecting the Chinese government rather than global health. Moreover, the EU itself has been accused of tampering with the truth by downplaying China’s role in the spread of the virus after pressure from Beijing.

There are also good reasons to believe that the current ‘censorship pandemic’ violates international human rights standards. The Council of Europe Commissioner for Human Rights has stressed that while COVID-related disinformation must be combatted, some governments are ‘using this imperative as a pretext to introduce disproportionate restrictions to press freedom; this is a counterproductive approach that must stop.’

However, drawing the line between what constitutes a proportionate restriction is not an easy task and has been exploited both by democracies and autocracies, as reflected in our dataset. It is for this reason that general prohibitions based on ideas of false news were found by institutions such as the UN and the OSCE to be ‘incompatible with international standards for restrictions on freedom of expression.’

Further, the UN Special Rapporteur on the Freedom of Opinion and Expression David Kaye has warned that laws against false information – including those related to COVID-19 – have the ‘paradoxical impact of making it harder for governments to address public fears and disinformation, thus exacerbating threats to public health.’ This paradox lies in the more generic deterioration of public confidence in State institutions when Governments are seen as the regulators of what is fake and what is not, especially in situations where laws against disinformation are seen to be abused to cover information critical of the very governments who enforce them. This seems to be in line with a recent study from the UK, which showed that the vast majority of Britons was perfectly capable of identifying false information such as the tinfoil-hat theory that 5G is related to the coronavirus, while many more raised concerns about misleading or confusing information from the government.

Instead of trying to stem the tide of misinformation through vague and illiberal laws, governments should cultivate an ecosystem of reliable and trustworthy information to the public. Moreover, governments and health authorities should be transparent about when, why and how their guidelines change due to new data and medical insights in order to avoid conspiracy theories that may go viral. Governments should also continue to work with health authorities, civil society and the media – traditional and social – to monitor and debunk the most “viral” and harmful examples of disinformation.

To this end, the choice of alternative measures, such as the WHO‚s myth busters on COVID-19, and reporting by credible media outlets are necessary, which in turn necessitates the free flow of information.

The continued reliance on speech restrictive laws sets a potentially disastrous precedent at a time when the immune system of freedom, democracy and the rule of law is already weakened by more than a decade of backsliding in both autocracies and democracies. Without the antibody of free expression, the pathogen of encroaching illiberalism may cause long term damage more severe than COVID-19.

Explore posts related to this:
COVID 19, Censorship, Freedom of Expression 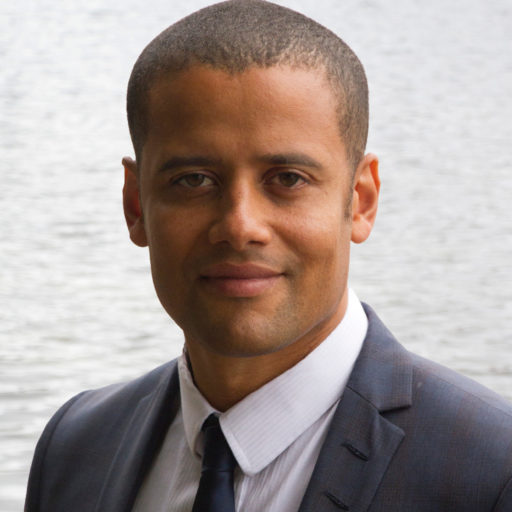 Jacob Mchangama Jacob Mchangama is the executive director of Justitia, a think tank focusing on human rights and host of the podcast 'Clear and Present Danger: a history of free speech'.

Explore posts related to this:
COVID 19, Censorship, Freedom of Expression