On the one hand investments in enterprises, which are relevant for public security and services, are an important source of growth, jobs and innovations. On the other hand such investments can be detrimental to the security of supply for the community members – for example, when a state owned enterprise, which is located in a third state, gets control over the only electricity station in a Member State because of an investment. That poses the questions, which entity has the power to adopt protecting rules for those cases pursuant to the Union law and which legal frame conditions are grounded there.I

Art. 345 TFEU is not applicable to legal provisions of the EU or the Member States which deal with screening mechanisms because it only excludes privatization from the treaty and not the following steps. Art. 346 para. 1 lit. b) TFEU enables the Member States to deviate from Union law, when it’s necessary for their essential national interests. Thus, this provision allows national measures to protect arms factories, if they correspond to the preconditions of Art. 346 para. 1 lit. b) TFEU – at least in an interpretation which is in accordance with Union law.

National screening mechanisms for direct investments out of third states in enterprises that are relevant for public security and services have to meet the requirements arising from fundamental freedoms. In such cases, the European Court of Justice (ECJ) applies the freedom of establishment because of the investor’s objective to exert influence on the enterprise. Thus, the freedom of movement of capital is not applicable and investors from third states normally can’t invoke fundamental freedoms because the freedom of establishment doesn’t apply to non-EU parties.

Art. 207 para. 2 TFEU gives the EU an exclusive competence to establish a screening mechanism on direct investment due to Arts. 2, 3 para. 1 lit. e) TFEU. Thus, in this field national provisions can get in conflict with Art. 207 para. 2 TFEU. Normally, exceptions will only apply where the Union empowers the Member States in a manner which is concrete enough to preserve the unity in exercise of exclusive competences across the Union.

To overcome this restriction it is suggested that the effects of exclusive competences should start “ex nunc”, but it is unclear as of which time that would be, although the ECJ affirms an exclusive competence for the common commercial policy since the middle of the 1970ies. Another proposal classifies Arts. 52, 65 TFEU, which allow the member states a special treatment on grounds of public policy, or public security, as caveats for national competences. But this proposal seems to negate that there is a difference between positive integration through Union law and negative integration through the fundamental freedoms. Some authors want to limit Art. 207 TFEU to the contractual common commercial policy, although the wording of Art. 207 para. 1 TFEU only restrains the law of trade in goods and services in this way.

An appropriate way to explain the existence of national screening mechanisms is to involve Art. 64 paras. 2, 3 TFEU, which give the Union the power for measures on the movement of capital from third countries involving direct investment. These competences are shared between the Union and the member states pursuant to Art. 2 para. 2 TFEU. They can be used for adopting secondary law, although the freedom of capital movement is not applicable in third state cases, because of the explicit wording of Art. 64 paras. 2, 3 TFEU. Further it is to mention that the barrier effects of the freedom of establishment are limited to the negative integration and do not refer to the positive integration through secondary law. As far as the scope of Art. 207 TFEU and of Art. 64 paras. 2, 3 TFEU overlap, the shared competences (based upon Art. 64 paras. 2, 3 TFEU) override Art. 207 TFEU, because the structure of the treaty shows that the exclusive competence in the field of direct investments from third states is subordinated to these shared competences.

In accordance with the jurisdiction of the ECJ, national screening mechanisms which deal with direct investments from other member states have to be measured against the freedom of establishment. If these rules are not directly based on the nationality of the investor, they can be justified by a compelling reason relating to the general interest. In matters of the protection of enterprises relevant for public security and services, especially the rights which are mentioned in Arts. 52 para. 1 TFEU could be taken into consideration. Furthermore Art. 14 TFEU and Art. 11 para. 2 EFRC, which save services of general economic interest and the pluralism of the media, can be relevant to justify national rules dealing with direct investments.

The ECJ interprets the principle of proportionality in the case of direct investments very strictly. Thus, a prior checking of the share purchase is usually not possible. Instead, the member states have to establish provisions after the share purchase that refer to concrete decisions of the enterprises which are relevant for public services and security. These entities can protect themselves by raising objections when such a decision compromises service security. By way of this jurisdiction, the ECJ deprives the Member States of the possibility to take into account prognostic elements in their national screening mechanisms.

Portfolio investments can be only measured against the freedom of movement of capital. They are within the scope of protection and are already impaired when the Member States establish a screening mechanism whose application causes an expenditure of time – which is no doubt the case with most of the governmental control systems. Insofar, portfolio investments from third states and other Member States are threatened equally. These impairments can be justified by the same reasons which have been taken into consideration above, but they are not invoked, because portfolio investments by definition have no enduring effect on the market strategy of enterprises. Thus, they are only justifiable by reasons relating to the balance of payments or fair taxation.

II. Screening Mechanisms in the Law of the Union

The Union has to abide by the principle of conferral for measures dealing with direct investments from third states. Art. 207 para. 2 TFEU requires a framework for implementing the common commercial policy. Its objective is to enable the Union to create regulations with abstract general benchmarks in order to represent the overall interest of the Union and not the individual interest of each Member State against the relevant trading partners.

Art. 64 paras. 2, 3 TFEU allows the Union to adopt measures dealing with direct investments out of third states, too. The freedom of establishment does not block this provision because of its explicit wording and as being a part of positive integration. The Union can use Art. 64 para. 2 TFEU if a positive effect on the internal market is aspired, and Art. 64 para. 3 TFEU if the measure constitutes a step backwards in Union law as regards the liberalisation of the movement of capital. If Art. 207 para. 2 TFEU is also applicable, this provision remains in force besides Art. 64 para. 2 TFEU, and Art. 64 para. 3 TFEU has to step back because of its less democratic standards on the level of the Union.

The basic rights of the investors have to be taken into account, too. Arts. 15, 16 EFRC, which refers to the freedoms to choose an occupation and to conduct a business, are applicable even if the investors have their registered office in a third state but give a larger margin of appreciation than the fundamental freedoms. Thus, the Union can use prognostic elements at the time of the share purchase – for example in matters of the governmental origin of the investment or factual pressure because of the acquisition.

The Union is authorized to create provisions for direct investments from other Member States referring to Art. 53 para. 1 TFEU, which gives the right to adopt directives for the coordination of the provisions laid down by law in Member States. Insofar, a positive effect on the internal market is needed. This depends on the designs of the national screening mechanisms. Other measures, especially those for portfolio investments can be based on Art. 64 paras. 2, 3 TFEU (if applicable) and Art. 114 para. 1 TFEU, which allows the approximation of national laws, if any gaps remain. But in those cases a justification for possible impairments of the basic rights of the investor would be hard to find.

The outcome of this analysis emphasizes that the national authorities are mainly allowed to adopt rules dealing with direct investments out of third states. The competences of the Union are reaching further, but have to take into account the wording of the concrete competence and the basic rights of the investor.

DOWNLOAD PDF
LICENSED UNDER CC BY NC ND
SUGGESTED CITATION  Korte, Stefan: In Search of a Role for the Member States and the EU to Establish an Investment Screening Mechanism, VerfBlog, 2019/2/15, https://verfassungsblog.de/in-search-of-a-role-for-the-member-states-and-the-eu-to-establish-an-investment-screening-mechanism/, DOI: 10.17176/20190324-211203-0. 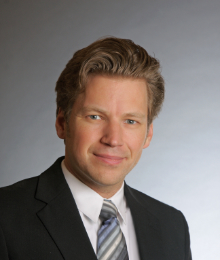 Stefan Korte Stefan Korte holds a Chair in German Public Law at the faculty of economics at the University of Technology in Chemnitz.