In the Courts the CJEU does not Trust?

In last week’s long-awaited judgment in the case Consorzio Italian Management, the CJEU had the opportunity to revisit the exceptions to the national courts’ obligation to refer preliminary questions under Art. 267(3) TFEU. Advocate General Bobek, among others, argued that this was the right moment for the CJEU to loosen its almost forty years old, overly strict, and practically unfeasible Cilfit exceptions. The CJEU’s Grand Chamber judgment, however largely maintained the strict approach regarding the obligation to refer. Thereby, at first sight, the judgment admits of little trust in the national courts’ handling of EU law. Upon closer inspection, however, it can also be argued that the CJEU implicitly approves the current practice of de facto considerable discretion for the national courts by maintaining its jurisprudence.

The Time for Change

Bobek was the last in line of several Advocates General who argued for a revision of the Cilfit exceptions to the national courts’ obligation to refer. The debate focuses on the third exception, namely the acte clair doctrine, which entails that national courts of final instance may refrain from referring preliminary questions when the answer to a question of EU law is so clear that it leaves no scope for any reasonable doubt. The acte clair doctrine is criticised for two main points: first, the practical unfeasibility of this exception, and second, its excessive strictness.

Regarding the practical feasibility, it has been pointed out numerous times that in order to reach the conclusion that a question of EU law is an acte clair, the national judge awaits a Herculean task. The national court must namely ascertain that the issue is equally clear for all other European judges, taking into account the 23 different language versions of the respective EU law norm, the peculiar EU law terminology, and the objectives and state of evolution of EU law as a whole. In his opinion in an earlier case, this illusive endeavour tempted Advocate General Wahl to compare the likeliness of coming across a true acte clair, to the chance of encountering a unicorn. No judge could ever fulfil these criteria today. A new approach which can actually be practically applied by the national courts is therefore necessary.

When considering what this new approach should look like, Advocate General Bobek argued that it was time for the CJEU to let go of its excessive strictness. In line with several of his colleagues, he felt that the national courts had matured sufficiently to allow them more responsibility in assessing the need to refer preliminary questions. In essence, Bobek proposed to shift the focus to the negative side of the obligation to refer: in the light of the CJEU’s workload, and the delay which a preliminary reference brings about for the national proceedings, the inflow of preliminary references should be limited, rather than stimulated, by clarifying which questions should not be referred. To that end, Bobek proposed that the CJEU should base the national court’s obligation to refer on a clear distinction between the interpretation of the law on the one hand, which is the responsibility of the CJEU, and its application on the other, which should be left to the national courts.

The Reluctance of the CJEU

In its judgment, however, the CJEU addresses the obligation to refer from the opposite, positive angle. It is not concerned with filtering out unwanted preliminary questions. On the contrary, the approach of the CJEU remains one of ensuring that the national courts do not deviate from their obligation to refer all too easily. The CJEU rules, exactly 39 years after Cilfit, that the three exceptions from that decision remain in place, with only a few slight adjustments to the acte clair doctrine. The CJEU even emphasises that where one of the Cilfit exceptions might be applicable, the national courts remain competent to nevertheless refer preliminary questions when deemed appropriate (para. 37).

As to the test under the acte clair doctrine in abstract terms, the CJEU almost exactly repeats the conditions developed in 1982 (para. 40-46). A first notable adjustment is the fact that the issue ‘only’ has to be equally clear for the national courts of final instance, rather than for every single national court in the EU (para. 40). This followed, however, already implicitly from the CJEU’s earlier judgments in Van Dijk and Ferreira da Silva, in which concrete rules were laid down on situations which do and do not preclude a national court from invoking the acte clair doctrine. There is one slight relaxation though. In Ferreira da Silva, the CJEU held that the situation of “conflicting lines of case-law at national level” and “difficulties of interpretation in the various Member States” preclude the national court from deviating from its obligation to refer (para. 44). In its present judgment, the CJEU nuances this, ‘merely’ requiring the national court to be “particularly vigilant” in its assessment in such situations (para. 49).

Together with this slight relaxation, the CJEU also slightly tightens the obligation to refer in a different respect. For the first time, the CJEU stipulates that when relying on one of the three Cilfit exceptions, Art. 47(2) Charter obliges the national courts to state the reason for their decision on the basis of these three exceptions (para. 51). That duty to provide reasons effectively constitutes an additional control mechanism of the national courts’ compliance with their obligation to refer. It should be noted, though, that such a duty already existed under the ECtHR’s case law on Art. 6(1) ECHR. Therefore, one could argue that the CJEU has done nothing more here than complying with its obligation under Art. 52(3) Charter to ensure at least the same level of protection as the ECHR under corresponding provisions. Nevertheless, at the end of the day, a duty to state reasons does add an extra safeguard to the obligation to refer, at least on paper.

As to the feasibility of the required test, the conclusion is as well that the CJEU has done little to address the issue in its judgment. Only at one point does the CJEU admit that the importance of the different language versions in assessing whether a question is an acte clair, cannot reasonably require a national court to compare each of the 23 different language versions of a provision. The national court must therefore “bear in mind” the possible divergences between language versions, especially when these divergences are pointed out by the parties to the national dispute (para. 44). Apart from this, however, no efforts have been made by the CJEU to improve the practical feasibility of the national courts’ assessment.

Saying A, Doing B?

In conclusion, the CJEU’s judgment at first sight does not express a feeling of trust in the national courts’ capacities to deal with issues of EU law on their own. In contrast to Advocate General Bobek, the approach of the CJEU remains focused on ensuring that the national courts do not deviate from their obligation to refer all too easily. One might infer from this that, contrary to the several Advocates General, the CJEU does not have enough faith in the maturity of the national courts to allow them more discretion. And perhaps, this lack of trust is very much justified. The CJEU’s Directorate-General for Library, Research and Documentation published a research note from May 2019 on “the application of the Cilfit case-law by national courts or tribunals against whose decisions there is no judicial remedy under national law”. This note concluded that in most Member States, there is no clear operationalisation of the acte clairdoctrine. The national courts often alleviate themselves from their duty to refer by simply stating that the point of EU law in question admits of no reasonable doubt. Moreover, recent empirical studies (see here, and the author’s forthcoming PhD dissertation) show that the motives of national courts to refer or not, vary strongly, and are based on different factors than stipulated in Cilfit.

An alternative reading of the judgment is, however, that the CJEU is actually quite content with the status quo. The CJEU knows very well what the inflow of preliminary references on the basis of its standing case law is. It knows that the national courts do not apply the acte clair doctrine rigidly. It knows that most national courts allow themselves more discretion in assessing the need to refer. So if the CJEU is generally satisfied with the inflow of preliminary questions based on the law as it stands, even though this practice does not strictly reflect the CJEU’s case law, why would the CJEU then change anything? By explicitly loosening the obligation to refer, the CJEU might unintentionally signal to the national courts that they may relax their current practice. By maintaining the law as it stands, the CJEU implicitly approves the current practice of national courts taking considerable discretion in deciding whether to refer.

What speaks in favour of the latter reading is that the CJEU’s judgment has not addressed the enforceability of the obligation to refer. It is this lack of enforceability which allows the national courts the de facto discretion in deciding whether to refer. And in fact, the current judgment has only reduced this enforceability. Where Ferreira da Silva initially drew quite a concrete line as to when a national court is strictly obliged to refer preliminary questions, the CJEU now blurs this line by turning an absolute obligation into the requirement of ‘particular vigilance’. Moreover, the CJEU acknowledges the duty to state reasons when a national court invokes one of the three Cilfit exceptions. Yet it does not provide any conditions for how explicit and specific this statement of reasons must be, making this duty, at least for the time being, nothing more than an empty shell.

If the CJEU had really wanted to increase the number of preliminary references with a strict approach to the obligation to refer, the CJEU would have been well aware that it should have seriously addressed the lack of feasibility of the acte clair doctrine. Because even at the Kirchberg, one will not encounter any unicorns.

DOWNLOAD PDF
LICENSED UNDER CC BY SA
SUGGESTED CITATION  Claassen, Jesse: In the Courts the CJEU does not Trust?: The National Courts’ Obligation to Refer Preliminary Questions to the CJEU after Consorzio Italian Management, VerfBlog, 2021/10/12, https://verfassungsblog.de/in-the-courts-the-cjeu-does-not-trust/, DOI: 10.17176/20211012-185902-0. 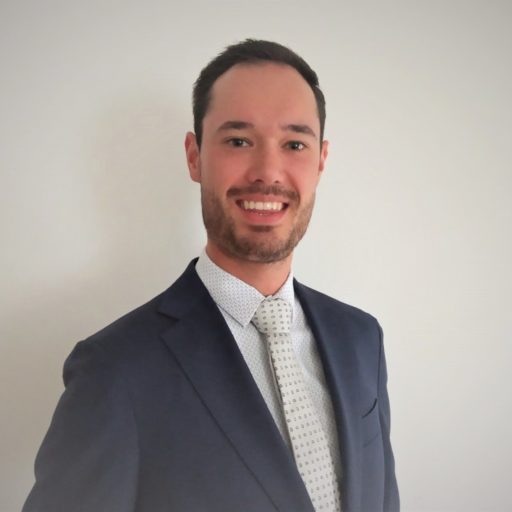