Indigenous Rights and the “Marco Temporal”

Land, Violence, and Identity in front of the Brazilian Supreme Court

At the end of August 2021, Brazil witnessed the largest indigenous mobilisation in its history. Organised by the Articulation of Indigenous Peoples of Brazil (APIB), more than five thousand indigenous people from 117 different groups set up camp in Brasilia, the capital city of the country. Under the slogan “Fight for Life: our history does not begin in 1988”, indigenous groups from all over the country mobilised the public opinion in protest against the further erosion of their rights. They joined forces to follow the hearings of a leading case before the Brazilian Supreme Court (Supremo tribunal Federal, STF). The court is expected to rule on the parameters for the demarcation of indigenous lands in Brazil. The hearings started on the 1st of September 2021, but after two decisive votes, the trial was suspended again. The repeated postponements of the case and the ongoing political conflict over indigenous territories in Brazil represent a challenge to the protection of indigenous rights as defined by Article 231 of the Brazilian Constitution. In this context of uncertainty, indigenous people remain exposed to violence from landowners.

The case under analysis by the STF concerns a possessory suit filed by the Environmental Agency of the State of Santa Catarina (IMA) against the Xokleng Indigenous people. The Agency claims ownership of a preservation area settled in 1977 on the indigenous territory Ibirama Laklãnõ. Since 1926, this indigenous territory has suffered considerable losses both due to the advance of agricultural frontiers (land grabbing) and the policy of granting land titles to small farmers, many of them descendants of German immigrants who arrived in the country at the turn of the 20th century. These episodes were marked by extreme brutality, as the Xokleng were literally hunted by gunmen (bugreiros) for disputes over possession of their own land.

Due to political pressure from indigenous organisations, procedures for recovering parts of the land lost by the Xokleng have been initiated in 2003. In 2009, six years after the demarcation procedure began, no final ruling had been issued and the community decided to occupy the disputed territory. In reaction to the occupation, the IMA filed a possessory suit in order to evict the indigenous community from the territory.

After successive defeats for the Xokleng in local courts, the Brazilian National Indian Foundation (FUNAI), which is responsible for protecting the fundamental rights of indigenous peoples, lodged an appeal before the Brazilian Supreme Court (RE n° 1017365/SC). The appeal emphasised the fundamental principle of protecting indigenous territorial rights present in Article 231 of the Constitution and demanded a definitive interpretation of this norm to provide parameters for the lower courts in Brazil. The first phase of the proceedings in front of the STF  began in 2019. In a preliminary judgment, the judges unanimously declared the “general repercussion” of the appeal. This means, according to Constitutional Amendment 45, that the interpretative parameters that result from the ruling, even though it occurs under a concrete and not abstract constitutional control procedure, must be applied by the judiciary in all future legal cases that touch upon the ownership and demarcation of indigenous lands. In addition, the decision will also serve as a basis for legislative production and policymaking.

The thesis of the “marco temporal” (temporal milestone) vs. the theory of “indigenato”

The most relevant legal controversy in the current procedure concerns the interpretation of the so-called thesis of the “marco temporal”. The thesis gave the framework for the ruling of the Raposa Serra do Sol case in 2009 and authorises the demarcation of land by indigenous groups only if the group claims that it already possessed the land at the time of the promulgation of the Brazilian Federal Constitution (5 October 1988). In case they had already been expelled, the group must prove that an application for reoccupation of the land was pending at that same date. Such a burden of proof is, however, practically impossible to substantiate. Until 1988, indigenous people were under the guardianship of FUNAI and not even entitled to access the judiciary by means of their own representation. Moreover, the guarantee of the fundamental right of protection of indigenous lands has been turned against indigenous groups and used to justify the very violation of this right. Brazilian legal experts evaluate the current interpretation of Article 231 of the Constitution as a tool to hinder or postpone demarcation processes.

This thesis also opposes the “theory of indigenato” (teoria do indigenato), a legal construct from the colonial period, which is recognised in the Brazilian legal order to protect indigenous rights. According to this thesis, the right of indigenous peoples over their lands consists of a “primary right” (direito originário) and therefore precedes any form of ownership since it is a right considered ancestral and prior to the very formation of the Brazilian State. Thus, the State does not create indigenous lands, but merely declares their existence. The demarcation act, consequently, nullifies any public or private claims for property titles on these territories.

However, this does not mean that the demarcated lands must be continuously occupied since the country was colonised. The criterion for demarcation, defined by the Constitution, is “traditionality”, which means that the lands at stake are of historical, cultural, economic, and environmental importance to the indigenous people. According to the legal representatives of indigenous peoples, this constitutional interpretation is protective of indigenous rights because it is in tune with the recognition of differences, current anthropological knowledge, and the concrete demands of indigenous communities.

Political authoritarianism and violations of rights of indigenous peoples

The Inter-American Commission on Human Rights (IACHR) and the UN Special Rapporteur on the Rights of Indigenous Peoples consider the thesis of the temporal milestone as one of the main factors which led to violence against indigenous communities and their dispossession. Since 2019, with Jair Bolsonaro taking office, the situation has even worsened. President Bolsonaro even stated in his campaign that “he would not demarcate an inch of indigenous land”. In September 2021, after the trial before the STF had already begun, he expressed in the media that he expects the process to last a long time, leaving indigenous communities unprotected during that period. Bolsonaro expresses a common opinion among the agribusiness sector that demarcation of indigenous lands would represent a risk to the economy in Brazil.

According to FUNAI data, there are more than 1,000 areas claimed as indigenous lands in Brazil, but only 725 are officially catalogued by the state, which represent about 13.8 % of the national territory. Furthermore, 238 of these 725 territories are not yet fully demarcated, due to long lasting administrative procedures, and many others still have non-indigenous occupiers. In addition, 98 % of these lands are located in vast areas of the Amazon rainforest. This means that only 0.6 % of indigenous lands being demarcated are in regions directly targeted by rural producers. In the meantime, data from the latest “Report on Violence against Indigenous Peoples in Brazil” indicate that cases of violence against the indigenous population such as “possessory invasions, illegal exploitation of resources and damage to property” increased by 135 % in 2019.

Social mobilisation and the trial before the Brazilian Supreme Court

In 2020, the case was placed on the judicial agenda, but the trial was suspended without further explanation at the very beginning. Faced with a pending trial and the COVID-19 pandemic, indigenous groups won a first victory before the trial started again: in response to a request by the Xokleng, the rapporteur of the case granted the suspension of any legal proceedings in the country that could lead to the eviction of indigenous communities. However, after further postponements, the trial could be resumed only in September 2021, since one of the eleven judge-ministers requested the case to be judged via the internet but with live-streamed debates.

The indigenous groups, who had already demonstrated in June, when the trial should have begun, organised new actions starting in August. In addition to an occupation in the capital Brasilia, many communities organised actions on their territories or blocked federal roads. Agribusiness representants, on the other side, advertised in major newspapers in favour of the temporal milestone.

The trial had worldwide repercussions: thousands of indigenous people camped in the city of Brasilia and watched the four indigenous lawyers making their oral arguments on a huge screen directly from the occupation. At the same time, Jair Bolsonaro called on his supporters to organise a demonstration in favour of a military intervention, on the 7th September, the independence day of the country.

The rapporteur’s vote states that the temporal milestone is incompatible with the Brazilian Constitution. The vote also confirms all the protective elements of indigenous territorial rights of Art. 231, such as originality, traditionality, exclusive usufruct of natural resources by indigenous communities, and the annulment of property titles over demarcated lands. Also, on the concrete case, he defended the Xokleng people’s possession of the disputed area and stated that the indigenous presence is paramount for the preservation of the environment. The second vote, cast by Minister Kássio Nunes Marques, was a plea for the acceptance of the temporal milestone. In his vote he argues that the withdrawal of the temporal milestone means a violation of the “legal security” (segurança jurídica) of landowners. After this second vote, judge Alexandre de Moraes requested suspension of the trial for further analysis of the case. Such a suspension makes the prospect of a final ruling uncertain, since judges frequently do not follow the Regiment of the Court which states, that the hearings must resume within a month.

Uncertainty and maintenance of indigenous mobilization

Considering all the twists and turns in the trial to date, indigenous groups and legal experts diverge in their assessments of the next steps in the proceedings. It is still unclear when the trial will resume, and whether the delays will further deteriorate the situation of the indigenous people, especially as President Jair Bolsonaro keeps inciting violence against indigenous groups in the country. He has already stated that, regardless of the decision, he does not intend to comply with what the Court orders.

This new postponement shows the lack of commitment of the Brazilian State to the rights of indigenous peoples and to the protection of the environment, which are two inseparable agendas. For indigenous communities living in territories where the demarcation process has not yet been finalised, the insecurity and conflicts tend to increase. The lack of protection of the indigenous territories encourages violent acts and invasions by non-indigenous landowners or those interested in the exploitation of natural resources. It also encourages indigenous communities to occupy the territories they claim as their own, putting themselves at risk of violence by current landowners. Besides that, the uncertainty caused by the pending trial also opens the way for the National Congress to approve clearly unconstitutional legislative reforms, as is the case with Bill no. 490 from 2007 (which includes the “marco temporal” as an official criterion for the demarcation of indigenous lands). The bill also aims to legalise the currently prohibited occupation of already demarcated indigenous lands, opening up the possibility of agricultural and mining exploitation of indigenous territory by the agrobusiness, which is a well well-known supporter of Jair Bolsonaro. 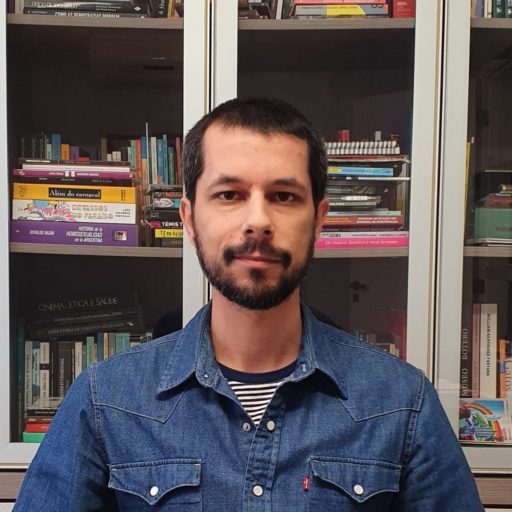 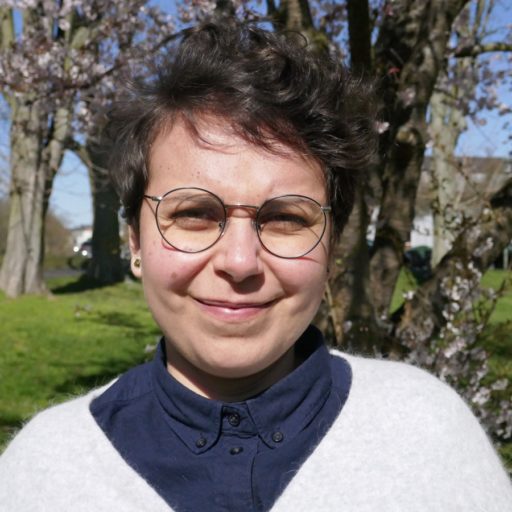