A proposal for a Union Act on the Screening of foreign investment in strategic sectors (B8-0302/2017) was tabled by ten Members of International Trade Committee (INTA) at the European Parliament (EP) in accordance with rule 46(2) Rules of the Procedure of the EP. After a presentation in INTA on 19 June 2017, INTA Coordinators decided to produce a report in the form of a Legislative Initiative (INL) with Mr Frank Proust as the EP leading rapporteur.

In the meantime, following the vital political discussions within International Trade Committee and the various calls by Member States for European Commission (EC) for follow up action, the EC urgently prepared a legislative proposal and announced it at the State of the Union 2017, as a part of a trade and investment package for Europe. When addressing the annual State of the Union in September 2017 in Strasbourg, President Jean-Claude Juncker stated “if a foreign, state-owned, company wants to purchase a European harbour, part of our energy infrastructure or a defence technology firm, this should only happen in transparency, with scrutiny and debate. It is a political responsibility to know what is going on in our own backyard”.

On 13 September 2017 the EC published a proposal for a regulation establishing a legal framework for the screening of FDI inflows into the EU. Parliament’s Committee INTA adopted its recommendation report to the EC proposal on 28 May 2018, together with the decision to immediately start the first reading legislative negotiations with Council as co-legislator based on the INTA report of Mr Proust.

Foreign direct investment (FDI) is an important source of economic growth in the EU but sometimes it can be a valid concern to our citizens. This can be the case if the investor from a third country is an only state-owned enterprise, or if the investment is in strategic infrastructure projects, communications or key future technologies.

Although EU competition law addresses unfair competition, and asymmetric market access between the EU and third countries may be tackled through investment protection provisions in international agreements, the issue of security or public order falls outside the scope of these partnership or free trade agreements. The cross-border effects of acquisitions by non-EU investors in certain sectors may cast doubt on the effectiveness of the EU’s decentralised and fragmented system of monitoring FDI inflows to respond adequately to new challenges. FDI screening is the responsibility of EU Member States under EU law, and national security exceptions are under international law formulated under Article 4 (2) of the Treaty on European Union TEU and Article 346 (1) b) Treaty of the Functioning of the European Union (TFEU). Up to now, no formal coordination among Member States and between Member States and the EC exists in this field. FDI screening is conducted independently from merger control reviews under EU competition law at EU and Member State levels.

Finally on 20 November 2018, after 15 months of negotiations and legislative deliberation, the European Parliament (EP) trade negotiators agreed with the Council and the European Commission (EC) on a mechanism to screen foreign direct investment in a transparent and non-discriminatory manner and to enhance cooperation between Member States and the EC. The hard-achieved compromise provisional agreement, after the text’s approval by the Committee of Permanent Representatives (COREPER), has been lastly endorsed in the INTA Committee with 30 votes in favour to 4 votes against with 5 abstentions on 10 December 2018 in the EP.

The definition of foreign investor has been enlarged in order to make clear that the ultimate investor is still included. The list of factors which should be taken into consideration in order to evaluate the impact of the foreign investment in the European Union has also been extended.

When the Commission issues an “opinion” on the foreign investment it will simultaneously inform all the Member States. Member States can provide comments to the Member State where the foreign direct investment is planned. Member States which consider that an FDI in their territory not undergoing screening is likely to affect their security or public order might request the EC for follow-up action. The handling of all the information shall be done with utmost attention to its potential sensitivity and the highest levels and standards of protection information has to be guaranteed. In case of foreign direct investments likely to affect projects or programmes of Union interest, the same procedure applies but in end the Member States where the investment is planned or completed must take outmost account of the comments and the opinion.

The new regulation will apply 18 months after the entry into force of the Regulation and both Member States and the Commission cannot make comments or issue an opinion respectively later than 15 months after the foreign direct investment has been completed.

The inter-institutional “provisional” agreement is going to be voted by the full House of the EP on the 14th of February 2019, closing the legislative procedure on the regulation. Therefore, the conference timing is a great opportunity to address effectiveness as well as practical challenges of the mechanism foreseen in the regulation on framework for screening of foreign direct investment. 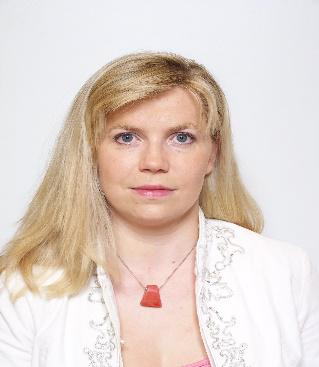 Joanna Warchol Dr. iur. Joanna Warchol is legal and political adviser at the Committee on International Trade (INTA) at the European Parliament since 2010.