In European human rights law, it is taken for granted that states have the sovereign right to regulate migration. A right to be admitted to a country of which one is not a national, or a right not to be expelled, exists only in exceptional cases. In the words of the European Court of Human Rights “as a matter of well-established international law and subject to its treaty obligations, a State has the right to control the entry of non-nationals into its territory” (Abdulaziz, Cabales & Balkandali v UK, para. 67). This means that, in the sphere of migration, the starting point is not the right of the individual but the right of states. Instead of states having to justify an interference with the right of an individual, it is the individual who has to justify their “interference” with the right of the state to control migration.

Migration is the only field in which the usual structure of rights is abandoned. This “Strasbourg reversal”1) cannot be explained by the fact that migration is not contained in the European Convention of Human Rights; the environment is not mentioned either, but in environmental human rights cases the usual structure (the state has to justify its infringement with an individual right) is maintained. Thym has posited in this context that there is a fundamental “sedentarist” assumption at work here.2) This sedentarist assumption is not merely a standard invocation; in Strasbourg case law, it does a lot of work. For example, the Court has justified recent restrictive judgments with reference to this assumption (i.a. M.N. and Others v Belgium, para. 124; N.D. and N.T. v Spain, para. 167; Ilias and Ahmed v Hungary, para. 213).

Evidently, if European states have “the right to control the entry of non-nationals”, then all states have this right. However, states may be formally equal, but in actuality states are unequal, also when it comes to human mobility. This inequality is visualized in this map. Nationals of countries that are white on this map need entry visas for less than 100 countries. Nationals of countries that are grey on the map need entry visa for more than 100 countries. 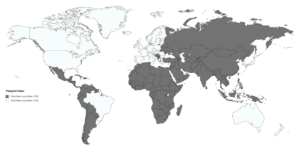 In this blogpost, I look at the origins of “the right to control the entry of non-nationals”. These are to be found in a shift in the colonial labour system which occurred in the second half of the 19th century. It is this history which explains the inequality represented on the map above.

The Origins of the Sedentarist Assumption

Where does the well-established right of States to control the entry of non-nationals into their territory come from? The founding fathers of international law asserted that there was a right to migrate provided that the migrants did not harm the established population. Francisco de Vitoria and Hugo de Groot invoked this right in order to justify colonisation. There were authors who disagreed (Serafim de Freitas, John Selden), but international law consensus accepted a ius peregrinandi. In the 18th century, Emer de Vattel also argued that there is a natural law right to migrate, but included the innovation that it was up to the receiving state to decide whether migration would harm the population. The right to migration was laid down in international treaties, such as the 1868 Burlingame Treaty between the United States and China, which recognised “the inherent and inalienable right of man to change his home and allegiance, and also the mutual advantage of free migration and emigration of their citizens (…) from the one country to the other, for purposes of curiosity, of trade, or as permanent residents.”

After the abolition of slavery (in the US and European empires) and of convict labour (Australia) these territories faced labour shortages and began to organise indentured labour migration of Indian, Chinese, Japanese and Javanese migrants. In places such as California and Victoria, local authorities feared losing control of their population, which would put the white majority at risk. Legislation to exclude Asian migrants (of which the US Chinese Exclusion Act is the most famous) was introduced, and in the resulting litigation the US Supreme Court ruled that “The power of exclusion of foreigners” is “an incident of sovereignty”. Therefore, the government is free to consider “the presence of foreigners of a different race in this country, who will not assimilate with us, to be dangerous to its peace and security” and to exclude them on that ground (Chae Chan Ping v United States). This Chinese Exclusion doctrine was justified by selectively quoting passages from Vattel’s work where he asserts that it is for states to decide whether the presence of migrants will harm the population. The “inherent and inalienable right of man” to migrate was forgotten.3)

The European Reception of the Chinese Exlusion Doctrine

The European Court of Human Rights adopted the Chinese Exclusion doctrine under very specific circumstances. After World War II and the independence of Indonesia (1945), India and Pakistan (1947), the colonial empires restructured their relations with the remaining colonies in the direction of a commonwealth, which included a right to free movement throughout the empire for all its subjects. However, upon independence, the United Kingdom, France and The Netherlands gradually abolished the movement of former colonial subjects to the metropole.4) In the case of the UK, citizenship law was amended in such a manner that “patrials” (in effect: white subjects of the Commonwealth) were British citizens with a right of access to the United Kingdom, while “non-patrials” (in effect: non-white subjects) did not get a form of citizenship allowing them to access the UK. These non-whites were then subjected to immigration law. In this context, the European Court of Human Rights adopted the phrase cited above, holding that according to well-established international law states have the right to control the entry of non-nationals into their territory. Discussing whether the new immigration laws violated the prohibition of discrimination, the Court rules:

“That the mass immigration against which the rules were directed consisted mainly of would-be immigrants from the New Commonwealth and Pakistan, and that as a result they affected at the material time fewer white people than others, is not a sufficient reason to consider them as racist in character: it is an effect which derives not from the content of the 1980 Rules but from the fact that, among those wishing to immigrate, some ethnic groups outnumbered others” (Abdulaziz, Cabales & Balkandali v UK, para. 85).

Until the end of the nineteenth century, the right of Europeans to travel across the world (and to colonise it – but that it a different subject) was legitimised through the ius peregrinandi. This was formulated as a general right of human beings, but non-Europeans could not use it to travel towards Europe because of the inequality underpinning the global system at the time. When Asians began to rely on their ius peregrinandi in order to travel to European settler colonies, the international legal system flipped. The ius peregrinandi was replaced by the sedentarist assumption that states have a right to control migration, and that migrants have to justify why they (and not others) should be admitted to a country. This is also formally a universal right of states, but because of the inequality underpinning the contemporary global system European (settler) states are in a position to, in principle, refuse admission to non-Europeans, while formerly colonised states are not in a position to refuse admission to Europeans and their descendants in settler colonies. This contemporary situation is reflected in the map above.

Beyond the Chinese Exclusion Doctrine?

It is not easy to see an alternative to this fundamentally racialised legal system. Joseph Carens’ plea for open borders allows for refusing admission of non-nationals in order to protect existing socio-economic arrangements in welfare states,5) while no borders arguments risk accidentally promoting global neoliberal population governance. A promising new departure is outlined by Tendayi Achiume. She suggests to acknowledge the ongoing political economic and military relations between metropoles and former colonies by recognising a claim of Third World persons to membership in First World nations, leading at the very least to a right to admission to the territory.6) In doing so, Achiume re-imagines the community that has the right to self-determination by considering peoples that are bound by colonial ties as a single community. This idea raises as many questions as it answers, but nonetheless constitutes a much-needed fresh approach that may allow us to begin thinking about decolonising international migration law. 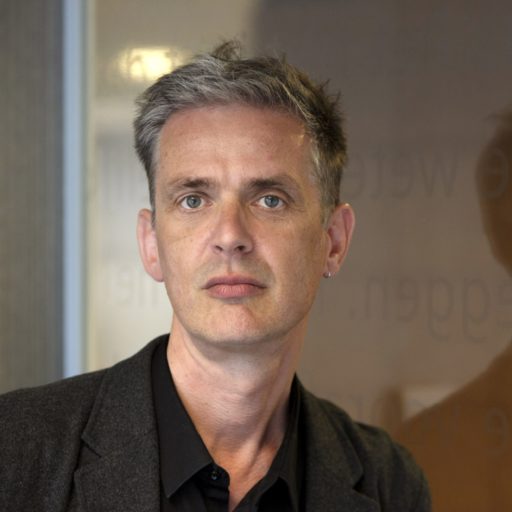