2018 marks the 35th anniversary of the passage of Ireland’s ‘8th Amendment’.  It may also quite possibly mark its demise.

So what is the 8th Amendment? The ‘8th’ is a provision of the Constitution of Ireland 1937, specifically Article 40.3.3°, in which the Irish state “acknowledges the right to life of the unborn and, with due regard to the equal right to life of the mother, guarantees in its laws to respect, and, as far as practicable, by its laws to defend and vindicate that right.”  A referendum in 1983 enacted the provision, with just under 67% of the electorate voting in favour (albeit on a relatively small turnout of 54%).

The Irish Government has recently announced its intention to propose a bill to hold a referendum in May 2018 that, if successful, will repeal the 8th amendment.  The Government proposes to replace the current wording of Article 40.3.3 with enabling language that will give the Oireachtas (the Republic of Ireland’s Parliament) freedom to legislate for the termination of pregnancies. Rival campaigns are gearing up for ‘Repeal’ and ‘Retain’ respectively.

The legal impact of the 8th Amendment

The 8th amendment effectively constitutionalises Irish law on abortion.  This means that an abortion is only permitted in the Republic of Ireland where allowed by the Constitution.  In Attorney General v X (1992), the Supreme Court interpreted Article 40.3.3 as permitting a termination of pregnancy where, but only where there is a real and substantial risk to the life of the pregnant woman that only a termination of pregnancy can avert.  This includes where there is a real and substantial risk that the mother will commit suicide.

The precise rules for determining whether a woman can have an abortion in Ireland are laid out in the Protection of Life During Pregnancy Act 2013.   It permits a medical procedure that ends the life of the unborn where two medical practitioners certify in good faith that there is a real and substantial risk of loss of the pregnant woman’s life, arising from physical injury or illness, which, in their reasonable opinion formed in good faith, only a termination of pregnancy can avert.  Additionally, the Act permits an abortion where three medical practitioners (specifically, an obstetrician and two psychiatrists) certify that there is a real and substantial risk of loss of life through suicide that can only be averted by a termination. In the case of refusals, there are appeals mechanisms in the Act.  The Act also makes provision for abortion where there is an immediate risk to life.

Constitutional protection does not extend to embryos outside the womb, and does not prevent termination in cases of ectopic pregnancies. The 2013 Act defines unborn human life (in line with the Supreme Court decision in Roche v Roche (2009)) “as a life during the period of time commencing after implantation in the womb of a woman and ending on the complete emergence of the life from the body of the woman”.

Given the very restrictive circumstances in which abortion is permitted, it is no surprise that only 77 lawful abortions were carried out in the Republic of Ireland between 2014 and 2016.  The penalty for ‘intentionally destroy[ing] unborn human life’ under the 2013 Act is up to 14 years in prison, though (to the best of my knowledge) no prosecutions have been taken under the Act.

Geography and the Irish experience of abortion

So what happens if a woman resident in Ireland wishes to terminate a pregnancy for reasons other than a risk to her life?  Geography plays an important role in this context.  While both parts of Ireland have exceptionally restrictive abortion laws, the UK’s Abortion Act 1967 offers much greater access to abortion in England, Wales, and Scotland.  Many Irish women (an estimated 3,265 from the Republic in 2016) travel to Great Britain each year for a termination.  Others source abortion pills from abroad (though this remains illegal in Ireland).   A 1992 amendment to the Constitution confirms that the State cannot use the 8th Amendment to restrict a woman from travelling from Ireland to another state.  Subject to some restrictions, a woman may also access information on abortion as an option in crisis pregnancies, including information on the identity and location of foreign abortion clinics.  This is permitted by the 14th Amendment and regulated by the Regulation of Information (Services Outside the State For Termination of Pregnancies) Act 1995. The 1995 Act prevents counsellors who provide such information from advocating for abortion, and requires them to give information on alternatives to abortion.

Thus, in practice, an Irish-resident woman can access a termination, but only by travelling abroad or (illegally) sourcing abortion pills from outside the Republic of Ireland.  Aside from the expense involved, this may prove challenging for women with a precarious immigration status, as well as those with limited access to information and social supports. (See, for instance, the traumatic facts of what became known as the Y case).

Following a report by a specially convened Citizens’ Assembly, an all-party parliamentary committee recommended entirely repealing the Eighth Amendment and addressing the issue of abortion in ordinary legislation.  The committee (by a majority) recommended allowing abortion on request (without having to give any particular reason) up to 12 weeks into the pregnancy, and widening the existing grounds for termination to include risk to the woman’s health and fatal foetal abnormality.

The Government has now formally decided to propose a referendum bill, which the Oireachtas must pass before the matter can be put to the people in referendum. The Government is advocating a ‘repeal and replace’ approach that removes the existing provisions of Article 40.3.3 and replaces it with wording that will allow the Oireachtas to legislate for abortion.  The proposal will allow parliament to decide on the precise conditions for having an abortion in Ireland.

This enabling provision is necessary, the Government argues, to prevent potential litigants from using other parts of the Constitution to argue that the State has no authority to legislate for terminations. Pre-1983 case law suggests that, even before the 8th Amendment, the Constitution protected unborn life. More recently, in 2016, a High Court judge suggested that the rights of the unborn extended beyond the right to life and that the unborn was a ‘child’ attracting the protection of Article 42A of the Constitution, which acknowledges the natural and imprescriptible rights of all children.  The latter decision is on appeal to the Supreme Court, an appeal that may yet delay the passage of the repeal amendment.

“…express power to legislate to regulate termination of pregnancy as it considers appropriate, in the same way as it legislates in every other area of policy…. Such an amendment would make it clear that it will be primarily a legislative function for the Oireachtas to determine how best to guarantee and balance proportionately the rights, interests and values that are engaged, in the interests of the common good. Any such amendment would be fully consistent with, and maintain, the separation of powers provided for in the Constitution. It would not oust the judicial review jurisdiction of the courts as to the validity of any law, or restrict rights of access to the courts. Legislation enacted post-amendment would remain subject to review by the courts like any other legislation.”

In part, the issue is one of separation of powers. Who gets to determine Ireland’s abortion policy? Should the Constitution be the site for determining the law, effectively leaving abortion policy to judicial interpretation of the people’s will, coupled with referendums where change is desired?  Or should the matter be left to legislators as is the case with most matters of policy?  Members of Dáil Éireann (the lower and more powerful house of Parliament) are directly elected and thus directly accountable to the people. By contrast, the President appoints judges on the advice of the Government; they serve for life and cannot be removed easily.

One may only amend Ireland’s Constitution by referendum. Since 1941, even the slightest change to the Constitution’s text requires approval in a popular vote of ordinarily resident Irish citizens aged 18 and over.  A simple majority of those who vote is required to carry the amendment.  The power of initiating a proposal for amendment, however, lies solely with parliament, (an amendment bill may only be initiated in Dáil Éireann and must be passed by both Houses of the Oireachtas before it can be put to the people). The Irish electorate is well used to constitutional referendums: there have been 38 since 1941, 19 in the past 20 years.  (Referendums were responsible for 27 successful amendments.  There were also two further amendments made between 1938 and 1941, at a time when the Oireachtas had sole power to make such amendments).

While opinion polls show broad support for some liberalisation of abortion law, it remains to be seen whether voters are willing to remove constitutional protection and leave the matter to the Oireachtas.  There will undoubtedly be a vigorous campaign on both sides.  Even if the referendum passes, however, there is no guarantee that the Oireachtas will opt for a 12-week on-request regime.

Those in favour of repeal argue that the Constitution is an inappropriate place to address this complex issue, and that the Oireachtas, the Irish Parliament, should be free to legislate. Although it does not necessarily follow that the Oireachtas would significantly liberalise the law after repeal, at the heart of the pro-repeal message is the contention that what happens to a woman’s body is for her alone to decide. The pragmatic argument might also be made that Irish women are already having abortions abroad and that it would be preferable if those terminations were legally available closer to home and (in the case of abortion pills) under medical supervision.  The current constitutional position (which includes freedom to travel abroad for a termination) is arguably a fudge, implicitly deeming abortion acceptable or unacceptable depending on where it takes place.  (For an informed and erudite legal discussion of the case for repeal, see Enright and de Londras, Repealing the 8th (Policy Press 2018)).

On the other hand, others argue that at the heart of the 8th Amendment is an assertion of the human right to life at the earliest and most vulnerable stages of human existence, an affirmation of the equal right of the unborn in the womb to an opportunity to live and thrive.  Those wishing to ‘keep the 8th’ argue that the current law protects both mother and child, and that the State should ‘love both’.   Some fear that repeal may lead to abortions in cases where doctors identify non-life threatening disabilities during pregnancy, though the Oireachtas committee on the 8th Amendment has recommended against allowing abortion beyond 12 weeks in cases of non-fatal disabilities.  Pro-life advocates also maintain that constitutional protection is necessary to guard against liberal judges and parliamentarians expanding abortion law.

The secularisation of Irish society means that the influence of the Roman Catholic Church has waned considerably, such that its input is unlikely to sway large segments of ‘middle Ireland’.  Notably, although 78% of the census respondents in 2016 stated that they were Roman Catholic, the 2015 marriage referendum garnered 62% support, in face of Church opposition.  The forthcoming abortion referendum, however, clearly lacks the ‘feel-good’ factor that carried the 2015 marriage poll.

It is likely that a sizeable proportion of the Irish population lies somewhere in the middle – favouring some expansion of the law but viewing the issue as presenting a profound ethical dilemma.  Arguably, pro-life sentiment is still a powerful force in Ireland, though opinion has shifted very significantly in recent years. 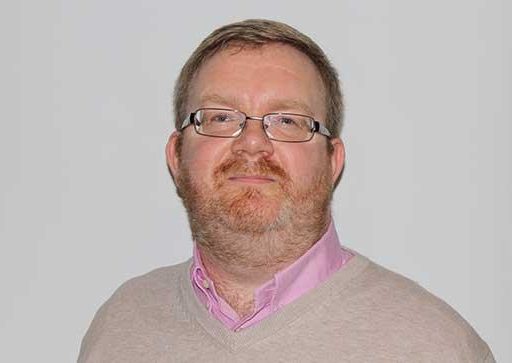 Fergus Ryan Fergus Ryan is a senior lecturer in law at the Department of Law, Maynooth University, Ireland.

Other posts about this region:
Irland No Comments Join the discussion