Although Ireland is formally a bicameral system, the constitutional and political reality is that almost all legislative power resides in Dáil Eireann, which is the lower house of the Oireachtas (Irish Parliament). With limited exceptions, that has been the case since Ireland first obtained independence.

An upper house was originally included in the 1922 Constitution on foot of a promise made to Unionists resident in what was to become the Irish Free State that they would be represented in a new Senate. The first Seanad was composed of 30 members appointed by the President of the Executive Council and 30 members elected by the Dáil using proportional representation. Reflecting the promise originally made, as well as the direction to the President in Article 81 of the Constitution to ‘have special regard to the providing of representation for groups and parties not then adequately represented’, the first Seanad included several peers, 20 Protestant members, as well as several appointees from the arts community, including WB Yeats and Oliver St. John Gogarty.

During the 1930’s, the Seanad used its power to suspend the coming into force of legislation for 18 months on a number of occasions. This led to conflict with the Dáil and, ultimately, to the abolition of the Seanad in 1936.

This occurred at a time when plans to introduce a new Constitution were well advanced. While the Taoiseach (Prime Minister) of the day indicated that he was content to proceed with a unicameral system in this new Constitution, a decision was ultimately taken to reinstate a second chamber.

The Seanad that was established by this 1937 Constitution had, however, very limited powers. It can, at most, delay proposed legislation for up to 270 days but this power does not apply to Money Bills, and can be abridged under Article 24 once the Taoiseach certifies the measure to be urgent and immediately necessary for the preservation of public peace and security, or by reason of an emergency.

The power of the Seanad to act as a check on the lower house is also undermined by the fact that the Taoiseach is entitled to appoint 11 of its 60 members, which tends to ensure a Government majority in the Seanad .

The remainder of the Seanad’s members are elected in one of two ways: Reflecting the popularity of corporatist theory at the time of its creation, 43 of its members are elected from specific vocational panels. The electorate for these panels is, however, confined to elected politicians with the result that the members chosen are other party political figures. Six other Senators are elected by the graduates of specific universities in Ireland.

A failed referendum for abolition

The limited powers and independence of the Seanad means that it has operated at the peripheries of the Irish political landscape. When the current Government proposed its abolition in a referendum in 2013, perhaps the most notable feature of the debate was the consensus on all sides that there is little, if any, justification for the retention of the Seanad in its current form. The pro-abolition campaign suggested that the Seanad was ineffective and an unnecessary expense. The anti-abolition campaign agreed that the Seanad is ineffective, at present, but argued that a reformed second chamber could make a valuable contribution to the Irish political system.

In a result that contradicted pre-referendum opinion polls, voters rejected the proposed abolition by 51.7% to 48.3%, a margin of almost 42,500 votes. The result primarily reflected the enthusiasm gap between the pro- and anti-abolition campaigns, a factor which may have proved decisive given the relatively low turnout of 39.17%.

Given the widespread agreement during the campaign about the inadequacy of the current institution, attention naturally turned to the question of how the Seanad might be reformed. While some reforms to the franchise could be introduced by statute, a constitutional amendment would be required to remove some of the more problematic aspects of the current system like the power of the Taoiseach to fill 11 seats. It seems likely, therefore, that constitutional change would be required to establish a truly effective and independent second chamber. Issues to be considered in this context would include the interests which a reformed Seanad is intended to represent; powers which a reformed Seanad might have to delay or otherwise block legislation; and what mechanism might be established to allow a gridlock between the two chambers to be overcome.

Critically, experience elsewhere indicates that it would be misguided to focus on any one aspect of the Seanad in considering how it might be reformed or enhanced. The legitimacy and effectiveness of second chambers seems to depend on the interplay between several different factors.

This can be seen, for example, in relation to the Canadian Senate. While that body has very significant formal constitutional powers, it is, in reality, unable or unwilling to use them because of the fact that – as a wholly appointed body – it lacks credibility and legitimacy in the eyes of the media and public.

By contrast, while the House of Lords enjoys comparatively limited powers as a matter of law, its willingness to exercise those powers – and the impact which that exercise has had on government, and on the attitude of the media and public to it – seem to have grown since the removal of hereditary peers. This indicates that the success of a second chamber depends not only on its powers but also on other (interrelated) factors such as its method of selection, the extent to which its composition differs from the lower house, its credibility and legitimacy, its size, the calibre and qualifications of its members, the tenure and independence of those members, and so on.

Raising the legitimacy of the Seanad

The most crucial challenge for a second chamber accordingly appears to be to secure its legitimacy in the eyes of the public and of the media. This is perhaps the most intangible quality of a second chamber, which makes it difficult to secure. However, an elected chamber with a different composition from that of the lower house is more likely to have perceived legitimacy than an appointed assembly which mirrors and echoes the individual and political make-up of the lower house. In, addition, however, consideration might also be given to taking steps to ensure that a different kind of candidate is selected. The relative popularity of the Seanad’s current independent Senators suggests that it could be useful for the credibility of a reformed second chamber for it to be composed, at least in part, of persons who are not regarded by the public as ‘professional’ politicians. Options here might include term limits, a prohibition on members of the Seanad subsequently seeking election to the Dáil (lower house), or other measures which might make a Seanad position less attractive to those for whom politics is a long-term career.

The general lesson seems to be that, if reform is to be credible, effective and legitimate, it should aim to establish an elected and independent chamber which is compositionally and functionally distinct from that of the lower house. For this, constitutional reform seems necessary.

However, any move to enhance the legitimacy of the Seanad has the potential to impinge upon the largely unfettered political autonomy presently enjoyed by the Dáil (and, thereby, the government that effectively controls it). One of the most common criticisms of the Irish political system is the degree to which it centralises decision-making power in the executive. The Government of the day exerts almost total control of both chambers of the Oireachtas (parliament), a situation which is exacerbated by a strong whip system, a traditionally cautious civil service, a civil society sector which is largely dependent on government funding and weak local government. As long-term participants in this system, it is probably unsurprising, therefore, that members of the current government have shown little enthusiasm for genuine Seanad reform following the rejection of its proposed abolition. In the immediate aftermath of the result, the government committed itself to what can fairly be regarded as a minimalistic response: namely, implementing the results of a referendum to extend the franchise for the 6 university seats to graduates all equivalent institutions in Ireland. That referendum was held in 1979. In Irish institutional politics, change comes slowly – if at all.

Nonetheless, a recent and unexpected postscript to this pessimism may have been provided by last week’ loss by the current government of a by-election to fill a seat vacated by a new MEP. The defeat for the government followed a controversy over the appointment of the government candidate to the board of the Irish Museum of Modern Art six days before his nomination. Because the by-election was for the Education and Cultural Panel, this was criticised by opponents as an attempt to boost his vocational credentials – a criticism no little aided by the fact the candidate listed his position and interest in ‘art’ as one of his credentials. The government candidate ultimately asked those eligible to vote for this panel not to vote for him and was duly (if narrowly) defeated by an independent candidate. Most pertinently, this leaves the government in a highly unusual minority position Seanad. It remains to be seen how the Seanad will exercise this rare freedom from central control but one possibility may be that the members of the chamber – which, after all, this same government sought to abolish – may be more willing than recent Seanads to use its powers against government legislation. Whether that would ultimately bolster or undermine the case for a more independent and effective second chamber remains to be seen. 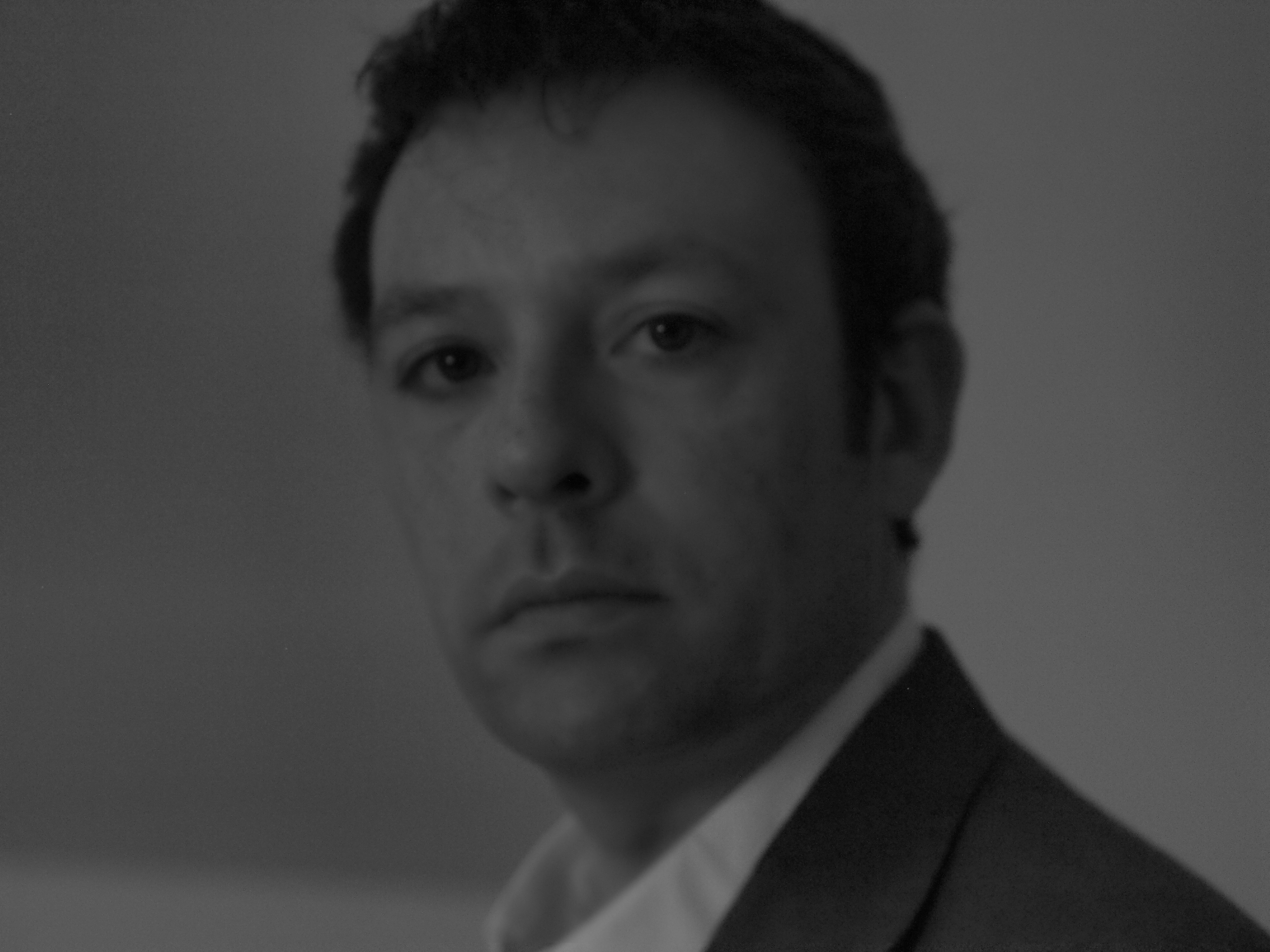 Eoin Carolan Eoin Carolan is a senior lecturer at University College Dublin and an expert in Irish constitutional law, administrative law and media law.
Other posts about this region:
Irland No Comments Join the discussion
to receive information about new articles and services of Verfassungsblog.de. I know that I may withdraw my consent at any time. More information in the privacy policy.
Verfassungsblog complies with the new GDPR.
Read about it in our Privacy Policy. I opt-out
permanently of anonymized tracking via Google Analytics on Verfasssungsblog.de. This will create a cookie on your device to save your decision.
Go to Top