Is the UK Government Undermining the BBC?

I live in a Victorian London terraced house. It was built in the late 19th century, and the records indicate it was built by a speculative builder who cut corners. The floorboards are thinner than my neighbours, and mortar between the bricks more crumbly, and the windows are a little bit skew-whiff. The front bay window was re-arranged by the Luftwaffe in the early 1940s, and is kept attached to the house by a small iron bar. An architect friend of mine said given all that, my house shouldn’t by all accounts, still be standing – mine and many others like it. But it is. Best not, he said, to look too closely, though, into the ‘how?’ and ‘why?’: it works. That’s enough.

The same might be said about the BBC. It seems to work, despite lots of reasons why it might not. Let me give you some legal examples. Amongst the most striking is section 336(5) of the Communications Act 2003, which enables (amongst other things) the Government, via the regulator Ofcom, to censor the BBC. It is accompanied by section 132 which enables the Government, again via Ofcom, to switch off a broadcaster. These are not of mere historical or academic interest. The censoring power for example, in a previous legislative incarnation (section 29 of the Broadcasting Act 1981) has been used in relatively recent times. It was used in 1988 to prevent the broadcast of words uttered by proscribed Northern Irish organizations, such as Sinn Fein.

Those, perhaps, are the most extreme examples. There are other, perhaps more mundane laws and regulations that could potentially be used to control the BBC. They can be found in Ofcom’s Broadcasting Code. This extensive document regulates a large chunk of the content of broadcasting in the UK, including – as of a couple of years ago – the BBC. Regulations exist to ensure fairness, due impartiality and political balance, amongst other things. In the hands of malign actors these could be used as tools to control the BBC, or to be more precise, to control the content of the BBC, and thereby to control the content, reach and nature of the public sphere. To enable, in other words, the Government to place a thumb of the balance of public opinion. The fears of providing the Executive with such levers are of fundamental importance in American thinking about freedom of speech, and the cause of the US’s scepticism about content-based regulation. But in the UK, these rules are not used in this way, and – to a large extent – the government does not directly put pressure on the BBC to toe the party line.

The reason for this is significantly – but not solely – because of convention. This sounds like rather a weak and wishy-washy protection for the BBC. But it’s a relatively common feature in other parts of the UK’s constitutional framework. It’s been said that the UK has a political, as opposed to a legal, constitution. This could be taken to mean that the powers of the Executive, Legislature and Judiciary are governed by the gaps between laws, as much as by the laws themselves. It’s a plausible claim that such conventions exist in all constitutions, given the fact that no legal code can completely encapsulate all rules, all possibilities, and all interpretations of all rules to govern all possibilities. The gaps between the rules are as important as the rules themselves. And these gaps, these conventions, are enforced by a number of different ways, some with as much normative force as doctrine. A significant means of enforcement, amongst others, has been the political cost of breaching them.

And here’s where there have been some pretty significant shifts around the world. Rulers in many countries have been tilting at conventions, pushing them back because they sense that the political cost of breaching them has declined. President Trump, for example, notoriously failed to publish his tax returns, and suffered no political cost: indeed, this has turned out not to be the first time he has breached conventions.

What does this have to do with the BBC? Given the existence in the statute book of laws and rules of the type I’ve mentioned, the independent viability of the BBC from the government of the day has been significantly (but not solely) a matter of convention. Any Government that took on the BBC was likely to suffer, politically, as a result. The BBC was considered by much of the electorate to be ‘Aunty’ – over-bearing, perhaps, irksome at times, but fundamentally something comfortable and central to the well-being of the country. So, Margaret Thatcher, ideologically opposed to the notion of a centrally-funded and planned national broadcaster, even though she commissioned a report by a free market economist into its future, failed to cause any significant damage to the BBC. Instead, her response was rather more creative, in that she set up Channel 4.

The political calculus has changed since the last election. The tectonic plates of public sympathy seem to have shifted. Significant swathes of public opinion think that the BBC – their BBC – is no longer speaking with the voice they want to hear. For example, remainers feel that the Corporation was too accommodating to the Brexiteers – in particular Nigel Farage – in the debates about whether to leave the EU, giving him the ‘oxygen of publicity’. The Left, and more specifically the Corbynite Left, have been highly critical of what they see as coverage that was systemically biased against Jeremy Corbyn in the last General Election. The support for the BBC is not what it was. The political cost of intervention by the Government is not what it was. The Conservatives smell blood in the water.

This is one reason for the current assault. There are others. It’s likely that we are also seeing posturing and position-taking, in advance of the periodic negotiations between the State and the Corporation. These happen about once a decade when the BBC negotiates with the Government about the BBC’s Royal Charter and Agreement – the formal legal documents that create and sustain the BBC. Most importantly, these deal with the remit of the Corporation, and the existence, rate and enforceability of the Licence Fee. This is of crucial importance to the BBC’s independence, as the guaranteed income it produces provides freedom from market forces. Such freedom enables the BBC to produce and distribute content in a way the market could not, or could not efficiently, were it not for this hypothecated tax. (Ironically, the Licence Fee was not designed as a means of safeguarding the BBC’s independence. It originated in 1922 as a means of inhibiting the import of Austrian and German radio receiving sets, and encouraging the production of British-made equipment.)

And yet, the fact that the political plates have moved does create a significant worry in the minds of those who value the BBC’s output – in a similar way to the movement of the earth beneath my rather unstable London house would create a significant worry. If the political foundations on which the BBC’s support shifts – by which I mean if the conventions that have afforded it the strongest of supports over the years are no longer sustained by the public – we will begin to see cracks in its façade, and we ought to be concerned about the future. For those who want the BBC to continue to thrive, it may be time to look beyond conventions, and more closely into the legal ‘how?’, and ‘why?’. 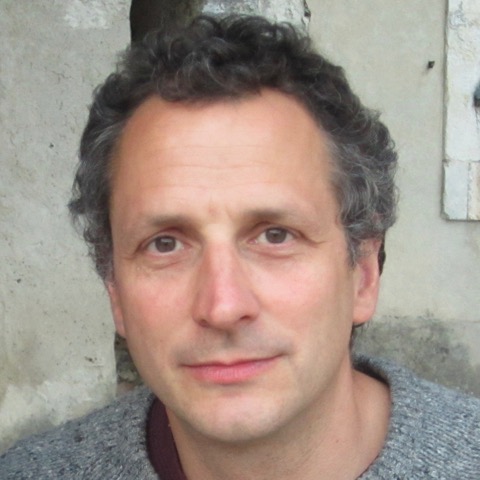 Richard Danbury Dr. Richard Danbury is a lawyer and a senior lecturer at the Department of Journalism of the School of Arts and Social Sciences of the City University of London.