Is there Hope for the Right to Hope?

A disappointing Chamber judgment in Hutchinson v the UK led on 17 January 2017 to an equally disappointing Grand Chamber judgment in the same case. This case was a follow-up from the Court’s judgment in Vinter v the UK in which the Court ruled that life sentences without parole which cannot be reviewed are incompatible with the Convention as they violate Article 3 ECHR – the prohibition of torture and inhuman and degrading treatment and punishment. The Court has poetically in this context come up with the term “a right to hope”, meaning that a life prisoner should have hope to be released however remote this hope might be. This blog post does not take a stand on the issue of whether the judgment in Vinter was a correct interpretation of the Convention. Rather I will argue here that Vinter’s overturn in Hutchinson lacks consistency and that it is based on a very thin legal foundation.

I have already considered the facts of Hutchinson case and its connection with Vinter in my previous blog post on this issue and therefore I will below only consider the reasoning of the Grand Chamber of the Court.

Magic powers of the Court: it can see something where there is nothing

In Hutchinson, the Court has overruled its previous judgment. Usually, this is done by means of evolutive interpretation. Arguably, in this case we have an instance of interpretation of evolution which lowers rather than heightens human rights protection. Although this is not unprecedented in the Court’s history, one can argue that the Court needs serious reasons to depart from its own case-law not only in cases of ‘progressive’ evolution but especially in opposite cases. On more than one occasion the Court itself has pointed out that evolutive interpretation should be justified by particularly strong reasons. In the current climate when there is a growing political appetite to curtail human rights, a Court interpretation towards change in this direction without good reasons may create a dangerous precedent for further reduction of basic human rights guarantees.

It is argued here that the Court simply had no reason to depart from Vinter. The Court focused on the McLoughlin decision of the Court of Appeal of England and Wales which in the view of the majority had clarified the applicable law and for that reason, unlike inVinter, the Court could no longer find a violation of Article 3 ECHR. I dare to suggest that the McLoughlin judgment merely reiterated what was known at the time when the judgment in Vinter was deliberated and therefore McLoughlin did not provide a clear reason to depart from it.

This is so, for a number of reasons. First, it was known at the time of the Vinter judgment that the Secretary of State can revise a life sentence without parole in a very narrow set of circumstances provided by the Lifer Manual. Despite the findings of the Grand Chamber in Vinter, the Secretary of State can still revise the life sentence according to the same Lifer Manual which is still in force.

Secondly, the Court of Appeal suggested in McLoughlin that “The Manual cannot restrict the duty of the Secretary of State to consider all circumstances relevant to release on compassionate grounds. He cannot fetter his discretion by taking into account only the matters set out in the Lifer Manual.” This was also known at the time ofVinter. Back then, the European Court had explicitly considered the earlier judgment of the Court of Appeal in R v. Bieber in which Lord Phillips ruled that “At present it is the practice of the Secretary of State to use this power sparingly [power to release], in circumstances where, for instance, a prisoner is suffering from a terminal illness or is bedridden or similarly incapacitated. If, however, the position is reached where the continued imprisonment of a prisoner is held to amount to inhuman or degrading treatment, we can see no reason why, having particular regard to the requirement to comply with the Convention, the Secretary of State should not use his statutory power to release the prisoner.” It is quite clear that Lord Phillips suggested that the Secretary of State can go beyond what is provided for in the Lifer Manual under certain circumstances which were quite ambiguous at the time of Vinter and that they have not been clarified ever after. Moreover, it seems that neither at the time of Vinter nor at the time of Hutchinson were these suggested broad powers used by the Secretary of State in practice.

Thirdly, the Court referred to the Human Rights Act of 1998, saying that the Secretary of State should take into account the case law of the European Court in making his or her decision about a possible release of the prisoner. The Human Rights Act came into force in the year 2000. The Court delivered its judgment in Vinter in 2013 and it was known by the Court at that time that Strasbourg jurisprudence should be taken into account by the Secretary of State. This knowledge did not prevent the Court from finding a violation then. The limitations of the Human Rights Act argument were also highlighted by the dissenting judge Pinto de Albuquerque.

Finally, the Court was concerned in Vinter with the lack of clarity in relation to the timeframe of review of the sentence, in other words there was no minimal term after which this review should have taken place. In Hutchinson, the European Court stated that it is not a problem any longer because the prisoner can apply to the Secretary of State at any point during his or her sentence. Curiously, at the time of Vinter I would suggest the rule was exactly the same.

The conclusion is that the Court has changed its stance without having a concincing explicit reason to do so. It seems that the Court implicitly acknowledged that its judgment in Vinter was an incorrect reading of the Convention and Hutchinson has clarified this. The Court did not state that but the very thin foundation of the reasoning inHutchinson suggests so.

What comes after Hutchinson?

Arguably, the right to hope still stands as this key standard has not been (at least explicitly) overruled by the Court. It just changed how it defines the term– even a glimmer of hope is now sufficient. Vinter had a significant influence on the case-law of the ECtHR. Just to name a few examples: the Court prevented extradition of the applicant to the country in which he could be sentenced to life imprisonment without parole in Trabelsi v Belgium, the Court used the fact that life prisoners can have a hope for release to justify the need for rehabilitation of such prisoners and as a result found a violation of the Convention in Khoroshenko v Russia for not providing family visits during first ten years of life imprisonment. After Hutchinson, the clarity of the standards of Vinter is no longer applicable law.

Now, I can see two possible consequences of the Grand Chamber judgment in Hutchinson. First, it will be a sui generis standard for the United Kingdom while all other states will be under a more stringent standard developed in Vinter. This outcome has an obvious disadvantage of creating double standards in human rights protection. The second possibility is that Hutchinson will justify a broader margin of appreciation for the Contracting Parties in this area and as a result it will cause loosening of the standards that were developed in the recent case-law of the Court.

As it is often said – every cloud has a silver lining. It is possible for the Court to review its judgment in Hutchinson. If the Secretary of State continues to use her powers very restrictively, and there will be no effective way to facilitate the right to hope in practice, the Court can come back to this issue. It has done that in the past. For example, in Sheffield and Horsham, the Court warned the UK that if it does not improve transgender rights protection it will find a violation of the Convention in the future. While not condemning the UK for a violation in Sheffield and Horsham, only four years later the Court found a violation in the very similar case of Christine Goodwin v the UK. Although the situation in Hutchinson and in Sheffield and Horsham are obviously different the Court might be asked to reconsider this situation when an appropriate application is submitted.

This article has previously been published on the ECHR Blog and is reposted here with kind permission by the author. 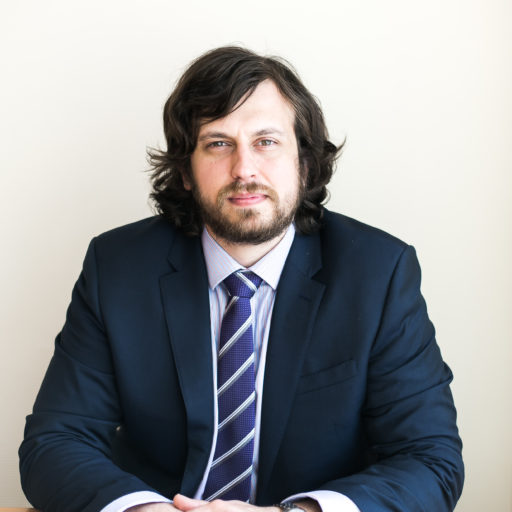