The Italian reform of bicameralism: is the time ripe?

Italian bicameralism is, in a comparative perspective, a unicum.

First of all, it is a so called “perfect bicameralism” in which the Chamber of Deputies and the Senate carry out the same functions in the legislative process, so that, in order to be approved, a legislative act has to be passed in an identical form by both chambers.

Looking at this feature, one could say that nothing in the Italian bicameralism differs from another form of perfect bicameralism: the American one. There too, in fact, the two legislative branches share the same powers in the legislation making process.

But the Italian bicameralism is, so to speak, even more perfect. First of all, the representation of the two chambers is exactly the same: they are elected by the entire population of the nation (even if using different electoral systems and the active and passive electorate is different, respectively 18-25 years and 25-40 years). Therefore, the Senate does not represent sub-national/regional interests, as it does in the United States or in Germany.

Moreover, the Senate is involved in the political circuit by being linked to the executive branch, as in the case of the lower chamber, through the instrument of the vote of confidence. The government has to resign if either the Senate or the Chamber of Deputies refuses to grant it the vote of confidence. This provision also seems quite strange in the comparative landscape.

The effectiveness and usefulness of such a system, introduced by the constituent fathers in the Constitution of 1948, have been debated since soon after the entry into force of the Italian constitution and the need for a reform has been a sort of refrain that has marked the evolution of the Italian legal system. Among the different attempts at reform, we can recall the D’Alema Committee proposal in 1997, the Center-Right Reform in 2005, the Violante Draft in 2007 and the Proposal of the Commission for Constitutional Reform, a technical commission appointed by President Napolitano, in June 2013.

All of these attempts at reforming the Italian Senate, none of which succeeded, were aimed at solving the inefficiencies of the system and transforming the Second chamber into a “federal”, or at least real regional, one.

Though for some scholars the issue of the length of the legislative process is not necessarily a negative one, since a longer process leads to more reflection on a legislative act, the lack of mechanisms aimed at resolving the disagreement between the two chambers, as exists with the German conciliation committee, for example, produces an excessive slowing of the legislative making process.

Moreover, in the last legislatures (also, among other reasons, as a reaction to the length of the ordinary legislative process), most of the legislation has been passed in the form of law decrees (acts proposed by the Government which need to be converted into law within 60 days by both chambers). Looking at the data referred to the 16th legislature (2008-2013), we can see that the conversion of law decrees is made substantially by one of the two chambers, while the other just ratifies the decision of the first one. In other words, in many cases (80 % of the laws of conversion) the Italian bicameralism works as a de facto unicameralism), in which the second chamber simply gives its formal ratification to the decisions of the first chamber.

Besides the legislative process, Italy’s second chamber has also been criticized for the lack of representation of local autonomies. This is extremely important. Looking at the design of the Constitution, one can find a broader recognition of the regional principle, for example in Art. 5, and even more after the constitutional reform of 2001 on the legislative competences between State and the Regions (art. 117). The Italian bicameralism does not reflect the constitutional status of the regions in Italy. Moreover, the regions, which have legislative power alongside the central government, do not have a permanent forum (except the weak form of representation into the so-called State-regions Conference) where they are represented and where they can negotiate with the central government.

Not having a strong institutional place in which regional interests can be represented, the Italian system is also characterized by a high rate of conflict between the state and the regions, the arbiter of which is the Constitutional Court. In the light of this aspect, one of the reasons in favor of the reform of bicameralism lies in the possibility of reducing this overwhelming rate of justiciable contrasts.

Last but not least, the double vote of confidence links the government to both chambers, making its existence more unstable.

Since this bicameralism is a cause of inefficiency, the reform of the Italian Senate has to be at the center of Prime Minister Renzi’s agenda, which includes constitutional interventions in order to modernize the state. On April 8, 2014, Renzi proposed a new legislative draft (n. 1429), entitled “Provisions for exceeding the equal bicameralism, reducing the number of parliamentary members, containing the costs of institutions, abolishing the CNEL and revising Title V of Part II of the Constitution.”

This draft, as it is a constitutional amendment, must be passed twice by each chamber according to art. 138 of the Italian Constitution. Until now it has been approved (with modifications) once by the Senate and it is under discussion in the Committee on Constitutional Affairs of the Chamber of Deputies.

The text approved by the Senate on August 8th is quite different from Renzi’s proposal. Regarding membership, in the latter, in fact, the Senate would be composed partially of the Presidents of Regions and the mayors of the regional seats, and partially by 2 members of each Region elected by the Regional Council from amongst their components and by 2 mayors elected by a board made up of all the mayors of the Region. Moreover, 21 citizens who have honoured the country with their merit in the social, scientific, artistic, and literary fields can be appointed by the President of the Republic.

This proposal was then modified after the Senate’s debate. The current model provides for 100 senators, 5 of which would be appointed by the President of Republic, 74 elected by the Regional council among its members according a proportional system and 21 by the mayors of the municipalities of the region. The determination of the number of Senators reflects the population of each region and not an equal representation as in Renzi’s proposal.

If the common ground of the two proposals is the will to overcome the perfect bicameralism and move towards the transformation of the Second chamber into a real regional chamber, the solutions are significantly different. The draft approved by the Senate defines a stronger regional identity of the Senate than the government’s proposal (having reduced the non-regional representation of the 21 members appointed by the President), but on other hand, it adopts the distance of the Bundesrat model, since the Presidents of the Regions, who hold the executive and most prominent power within the regions, have been excluded from membership in the Upper chamber.

Also, regarding the powers of the Senate, the clear scope of the bill is that of breaking the perfect bicameralism. First of all, the bill provides that the relation of confidence binds only the Chamber of Deputies to the government, while the Senate is excluded from this relationship.

Moreover, the role of the Senate would be reduced in the legislative process as well. Only a few types of laws would have to be approved also by the Senate, among those we can mention the constitutional bills, constitutional amendments, laws regarding local interests (art. 117 c. 2 letter p, and art. 122), referendums, and the protection of linguistic minorities.

The draft here briefly described has been approved by the Senate and now has to be approved twice by the chamber of deputies and once more by the Senate in identical form, according to the reinforcement procedure of art. 138.

The parliamentary debate is, therefore, still at its first stage. Moreover, the examination of the draft by the Constitutional commission of the Chamber started in early September in a very cautious way. This is not surprising, since the destiny of the Italian bicameralism and the resolution of the Italian oxymoron lies on the thin line of the agreement between the main political forces, which seems quite frail and uncertain at the moment. 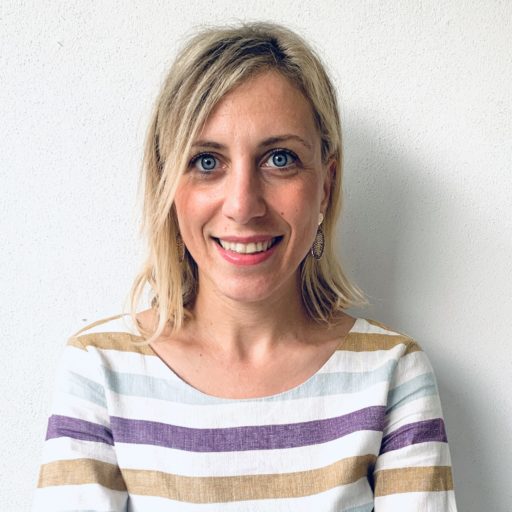 Antonia Baraggia Antonia Baraggia is an Associate Professor of Comparative Public Law at the State University of Milan, Italy.
Other posts about this region:
Italien No Comments Join the discussion
pixel_not_set
Go to Top