It’s Not Just About CEU: Understanding the Systemic Limitation of Academic Freedom in Hungary

Recently, there have been great disputes about the state of academic freedom in Hungary. As the country moved from democracy to electoral autocracy, its government started to limit individual and institutional academic freedom at a systemic level. This blog entry wants to explain how systemic limitation of academic freedom works in the higher education of the country, and how the general attack against checks and balances affect the academic system.

After Central European University (CEU), the Hungarian government is currently attacking another major academic institution, the Hungarian Academy of Sciences (HAS), taking away its funding and stripping the nearly 200-year-old institution of its research institutes, where about 5,000 researchers worked on different disciplines. The Academy was one of the neutral, leading voices of Hungarian scholarship. As the most important, known, and trusted domestic research institution, it had a central role in supporting universities’ funding as well. Its destruction is as if the German state would abolish the Max Planck Institutes, or the Italian government the National Research Council (CNR). No wonder many European institutions also protested against this move, including nine German ones, such as the Max Planck Gesellschaft, Humboldt Stiftung, and DFG.

However, even if the fate of CEU or the Academy is grim, in order to understand changes, we cannot focus solely on two institutions; this is a major mistake most of the commentators commit. As higher education and the legal background of academia have changed drastically since 2010, systemic limitation of academic freedom has become the new norm in Hungary; the cases of CEU and the Academy are only the tip of the iceberg. The European People’s Party (EPP) suspended Fidesz because of the CEU case; however, other cases affecting academic freedom were not mentioned in the decision. This is a great mistake: it shows that the EPP still does not want to face the complexity of authoritarian changes in Hungary, and it does not want to take the problems of democratic backsliding seriously.

Systemic Limitations of Freedom and the Academic System

As I collected major governmental actions in an MPIL research paper, there are hundreds of regulations that were introduced to directly or indirectly limit academic freedom in Hungary (I selected only a few dozen of them). Among others, the government created an oligarchic academic environment, putting certain universities at the top. These freshly founded universities (like the National University of Public Service, or the John von Neumann University) receive by far more funding than the rest, in addition to other rules favoring them. Moreover, it appointed many government-friendly university leaders. It changed the structure of university governments: for example, government-delegated chancellors received many of the rectors’ rights. It pushed institutional autonomy back many other ways as well (e.g., all university leaders are appointed by the government). The government used its propaganda machine to make lists of professors, intellectuals, and institutions that are enemies of the state (Soros agents); these lists were made up of a diverse collective of scholars from different institutions like CEU, Corvinus University, the Hungarian Academy, Eötvös Loránd University, and Pázmány Péter Catholic University. In a number of cases, government-critical scholars were expelled in a dramatic way. Propaganda newspapers asked students to send them the names of their professors who criticize the government. They also targeted certain professors individually, writing many derogatory, fabricated articles about them. The government further limited the free movement of students (if they move out of Hungary, they have to pay back the fees of their education). This move, which obviously violates EU rules, was found to conform to the rules on the free movement of persons by Commissioner Navracsics, who, as Minister of Justice, was one of the leading personalities behind the authoritarian actions after 2010. In addition, many programmes were banned, including general social studies, media studies, cultural anthropology at BA level, and recently, gender studies. Seemingly progressive measures (like credit systems for scholars) were introduced, which resulted in wide-spread fear of existential threat. Moreover, the government spends billions of forints on GoNGOs and think tanks, which could overtake educational and research institutions’ role within the intellectual community. Finally, the CEU and the Hungarian Academy were attacked. As a result, there are far fewer students in higher education than before; Hungarian universities lost hundreds of places in international rankings; and one of the best, internationally recognised universities, CEU, had to leave the country.

Systemic Limitation of Freedom and the Abusive Legal System

When I talk about this problem at Western institutions, I receive many questions: How is it possible that you allow this to happen? Why don’t you turn to the Constitutional Court? Why don’t you turn to the European Court of Human Rights? Most of them prove to me that many scholars from democratic Western-European countries still do not understand how oppression in an autocracy like Hungary works.

First of all, it is not true that there is no protest at all. There were many protests, for example, when the government introduced the system of chancellors, when programmes were banned, when the CEU was expelled, and during the negotiations regarding the Academy. On the other hand, in a country where these protests do not receive active support from the widespread population, they can have very limited effect.

Secondly, in this situation, probably also as a result of authoritarian pressure, it becomes all too common for leaders of institutions to betray the academic staff and make immoral compromises. A good example for this is that the leaders of the Hungarian Academy of Sciences gave some of the most valuable buildings (the workplace of several institutes) in the castle district of Budapest to the Government a couple of years ago, without nearly no resistance. Moreover, it also becomes common in society to accept such immoral compromises: the new autocracy is based on a post-feudalistic paralysis of critical voices. Critics are regarded as crazy outliers or dangerous renegades: social pressure makes these renegades lone wolves.

Thirdly, universities and research institutions never litigate for their rights; not even CEU chose this option. There are many reasons for this. First of all, such processes take long, and within a couple of years the destruction is done and cannot be repaired. This is the same as in the case of market violations: litigation can hardly tackle manipulative lawmaking. Moreover, autocracies do not work like democracies. If universities would litigate, there is a high chance they would be punished with other, possibly more harmful measures.

Fifthly, turning to international courts is not a valid option either. While I understand that scholars tend to overestimate the relevance of these courts, it is extremely surprising to me that many do not know the Hungarian state adopted several parliamentary resolutions that ban the application of certain provisions of EU law, or Strasbourg law (my colleague, Veronika Czina, collected some of them here, but one could find many others as well). Most of these decisions were adopted in symbolic cases. Moreover, in a number of cases, laws are not changed, and compensation after Strasbourg cases is not paid either, or it takes very long until this happens. A good example is the case of the discriminative church law, which also affected a church university, John Wesley College, in a horrible way, as the compensation was not paid by the Hungarian state. Moreover, while certain judgments are portrayed as great triumphs of constitutionalism Europe-wide, in fact, they are not. For example, as a detailed analysis by Gábor Halmai showed, after the purge of judges, it is not true that discriminated judges received their jobs back subsequent to EU actions. Consequently, it is a grave mistake of scholars to portray either the EU legal system or Strasbourg law as something that could save universities or research institutions. If authoritarians want to dominate, they can control their legal system completely.

It is hard to write anything optimistic in such a situation. Probably, the first answer should be to forget the naïve, pseudo-originalist, minimalistic interpretation of provisions like Art. 2 TEU and the rules on academic freedom of the EU Charter of Fundamental Rights. We cannot form a community without common values enforced Europe-wide, and there is no compromise between democratic and authoritarian values. Democrats either surrender or defend the values they believe in.

In order to do so, the EU should stop funding autocracies, not maintain a shameful silence when academic freedom is attacked, and (as Lando Kirchmair also mentions) be more active in member states. However, if the EPP protects Fidesz and does not get rid of the party (this latest decision does not seem to serve this purpose, it does not even mention the main problems in the country), there is not much of a chance for a free academia there. EU institutions likely accepted the existence of an autocracy among the member states, and the limitation of academic freedom is a direct a consequence of such a situation. As a result, neutral voices are silenced step by step in a systematic way. It is not just about CEU or the Hungarian Academy of Sciences: the complete academic system is under attack. 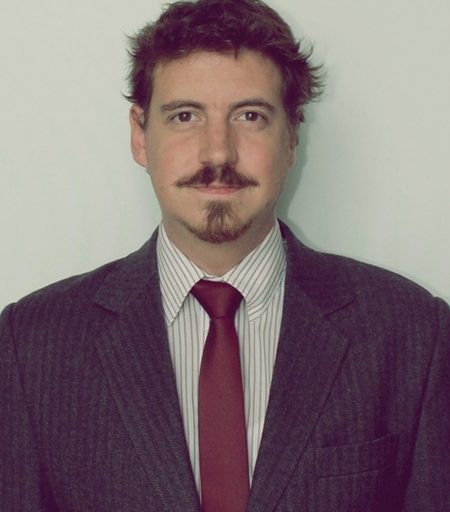 Other posts about this region:
AAA General, English Articles, Regionen, Ungarn No Comments Join the discussion
Go to Top