In a remarkable move, the Member States appointed, on 2 September 2020, an Advocate General put forward by Greece, who will enter into office on 7 September 2020 if Member States get their way. There is a ginormous problem with this move, as the office that this Advocate General will try to fill, as things stand, does not become vacant until October 2021. Eleanor Sharpston, the officeholder presently in situ, remains there until then. Any other reading of EU law is tantamount to the Member States sacking a member of the Court in direct violation of the primary law. This is a wholly unacceptable scenario in a Union grounded and predicated upon the rule of law. Urgent measures are thus necessary to save not only the legitimacy of the Court, but that of the EU.

The EU Treaties are very explicit on how a vacancy arises at the Court. Protocol No. 3 on the Statute of the Court states that a ‘vacancy shall arise on the bench’ where there is a ‘normal replacement’ (end of term of office), ‘death’, or a member of the Court ‘resigns’. None of these events has occurred with respect to Advocate General Sharpston. For the Member States to attempt to appoint an Advocate General, as they have on 2 September 2020, when there was no vacancy, completely infringes the rule of law. Instead, with the 2 September 2020 activity, the Member States have acted and pretended as if there was a vacancy, which there was not. To attempt to rid the Court of one of its most distinguished, intellectually endowed, and renowned members is a profound misreading; or worse, a deliberate obfuscation of the EU Treaties, which is wholly unacceptable by any standard.

The sin of Advocate General Sharpston? – It’s all about Brexit. Her last reappointment to the Court in 2015 was at a time when the United Kingdom was a Member State, and that one of her two citizenships happens to be British. According to the Member States on foot of their 2 September 2020 activity, Brexit must mean Brexit. Yet political catchphrases and slogans cannot commandeer and override the EU Treaties, which is the basic constitutional charter of the Union. There are two types of officeholders that are members of the Court – judges and advocates general – which are, and have always been, treated differently by EU primary law. Whilst Article 19(2) TEU states that the Court ‘shall consist of one judge from each Member State’ (resulting in Judges Vajda and Forrester vacating their offices from the Court and General Court in January 2020), that stipulation does not apply to advocates general. Rather, the EU Treaties make clear, in the same article, that the Court is ‘assisted by Advocates General’, for which no link to Member States is made. Nor are any nationality requirements made as to the initial appointment or continuing membership of any member of the Court. Any Bachelors student in law would be able to understand and appreciate these nuances.

The urge to purge the Court of a British-Luxembourgish citizen whose tenure at the Court, by law, is not connected to a Member State, nor her nationality, and whose long impeccable service on the Court has only won praise and admiration is a dead-end strategy showcasing at least four fundamental problems.

Firstly, the 2 September 2020 activity of the Member States demonstrates that the Court manipulated by them fails to meet the ‘cardinal’ (in its own formulation) principles of independence and irremovability of the judiciary, in breach of Article 19 TEU. In recent years, the Court has built up rich case law on judicial independence from Association of Portuguese Judges through to Commission v Poland (Ordinary Courts), Commission v Poland (Supreme Court), A.K. and others, and Banco de Santander. This solid line of case law, fully vindicated in light of the apparent rule of law challenges that are presently seen across Europe, made clear that the dismissal of a member of national judiciary or quasi-judicial body in the middle of the term is a violation of the law. In the Court’s own terms, breaching the irremovability of members of judicial bodies is an explicit violation, and cannot be compatible with EU law.

Secondly, the erratic and nihilistic behaviour of the Member States on 2 September 2020 demonstrates that the painfully elaborated principles of judicial independence and irremovability are beneath them and sends a carte blanche message to the backsliding Member States of the Union, effectively implying that the EU Treaties do not matter. In Hungary and Poland, such behaviour of hallowing-out courts of own members is already a reality. There is ample evidence of judges being dismissed, threatened, and reprimanded for acting independently and following the law. Illegal appointments consequently flourish. Should the Court follow some national courts down this slippery path, the legitimacy of the whole fight for the rule of law in the EU – let alone the noble promises of Article 2 TEU – could amount to nothing. The law matters, and the essence of the rule of law consists precisely in a crude reality when the almighty powerful – the Monarchs, the Member States, the ‘people’ – encounter a legal obstacle preventing them from acting as they please.

Thirdly, the issue opens up the grim Pandora’s Box of outright bullying of a distinguished member of the Court by the Member States in the midst of her tenure guaranteed by the EU Treaties. All the attempts of Advocate General Sharpston to find a reasonable and legal solution to the situation have been ignored by the Member States, as reported by Joshua Rozenberg. He called his article ‘Gross Injustice at the Court of Justice’, but at issue is much more than that. By openly defying the law and proceeding with an illegal appointment to the Court when no vacancy exists, the Member States have demonstrated how much their collective action can be removed from the most basic principles of law in its functioning. This is not only a violation of the rule of law – this behaviour is problematic even in the light of basic legality.

Fourthly, the illegal appointment should, and ought to be considered null and void, landing the Court with a new and unexpected problem: an illegal appointee in its midst. From 7 September 2020, on the Court’s bench stands the potential to be joined by a questionably legal member, whose right to act as belonging to the institution as a lawfully appointed member of the Court is not beyond doubt. In the years past, the EFTA Court has previously experienced embarrassing incidents of EFTA states meddling in the reappointment of a judge who was the sitting President, and years later, curtailment of the term of office of another judge. These actions rightly backfired on the states concerned. Moreover, the EFTA Court once even had to formally declare that it was legally constituted to continue deliberating on a case whilst political developments attempted to hamper its functioning. In a similar vein today, the Court itself is now dealing with comparable issues of attempted meddling by Member States in the constitutional framework of the Court’s membership, trying to fire and hire members as they please pretending not to be bound by law.

Time is of the essence

These are not easy times for the person that is set to be illegally appointed Advocate General. The entire appointment by the Member States has been done in a manner that is in a direct violation of the EU Treaties, and is no fault of his own. There is nothing to be said against the distinguished Greek lawyer. The issue, rather, is that he is simply not a lawfully appointed Advocate General since Member States cannot replace an existing member of the Court unless a vacancy has duly arisen, which none has. Therefore, the question is: should he be allowed to become a member of the Court on 7 September 2020? Moreover, what can be done about the present state of affairs? And what if the General Court agrees with Advocate General Sharpston’s arguments, made in two (!) pending cases concerning the illegality of her dismissal after the new appointee takes her place?

The issue of Advocate General Sharpston’s tenure at the Court has been discussed on Verfassungsblog in detail, including by Professors Halberstam and Pech, as well as one of the current aurhors, whose position is as obvious as it is clear: in a Union based on the rule of law, the Member States are not free to kick out a member of the Court by an ad hoc political agreement and in direct violation of the law in force, which establishes clear rules and guarantees of independence of tenure. We agree with both Pech and Halberstam, but now that a replacement has been set forth by the Member States as a result of their 2 September 2020 action, such academic pondering must now be operationalised into concrete action. Something must be done about the 2 September 2020 action of the Member States; as otherwise, from 7 September 2020, the Court regrettably joins a dubious collection of bodies around Europe, glittering with illegally appointed ‘judges’, whose valid composition stands to be challenged, contested, and delegitimised.

In trying to resolve the present EU constitutional conundrum, how should a gross violation of the rule of law be prevented in such a short space of time? One could turn to the extensive case law on interim measures that has been developed by both the Court and the General Court over many decades, which received a particular boost in relation to similar problems of abuse of power in Poland, where appointments and dismissals were made in direct violation of the Constitution and with no regard to Article 19 TEU standards. Advocate General Sharpston knows a thing or two about interim measures. On a procedural level, for an interim measures request to be made before the EU General Court, there must be a substantive case pending so that an interim measures application can even be considered. Thankfully, the diligent incumbent, supported and represented by a former member of the General Court, filed two cases earlier in 2020 to prevent such a rule of law violation from occurring, as reported initially by La Libre Belgique.

Given the tight timeframe, in the pending case Advocate General Sharpston has lodged against the Council and the Conference of the Representatives of the Governments of the Member States on the legality of their political ad hoc declaration of a vacancy on the Court, here stands an opening for Advocate General Sharpston to defend the rule of law, and ensure the continuing valid composition of the Court. Under the Rules of Procedure of the General Court, she and her legal representative may submit an accompanying interim measures application at any time under her existing case to the General Court, arguing that the illegal appointment of Athanasios Rantos to the office of Advocate General on 2 September 2020 must be injuncted without delay. This would stay the planned entering into office of a new Advocate General on 7 September 2020 until the full case is heard and concluded at the General Court’s earliest convenience.

The highest bar to reach in order for an interim measures application to be successfully granted by the General Court is that of ‘urgency’. Now that the Member States acted on 2 September 2020 in an illegal manner, and given that the appointment is to take effect the following week on 7 September 2020, time is of the essence. Not only would Advocate General Sharpston lodging an interim measures application be for the saving of her own office, but she would also be ensuring that Member States must follow the rules, which they have been less than diligent at following. Preventing the blunt violation of the rule of law by the Member States will save the Court from its own mortification, and safeguard the legitimacy both of the institution itself and the Union’s on-going fight for the rule of law. 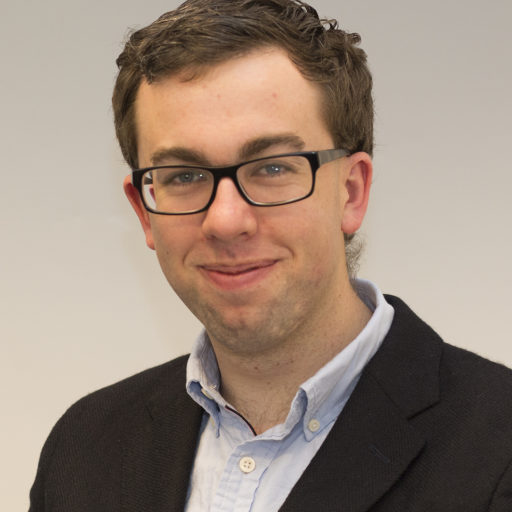 Other posts about this region:
Europa 11 comments Join the discussion
Go to Top