Judges Speaking for the People: Judicial Populism beyond Judicial Decisions

We typically think of courts as victims or targets of populist politics, however we define the latter. Staffed by elites appointed by previous governments, high courts are indeed obvious targets for populist leaders on the rise. To preserve their authority against such threats, courts might adjust their decisions to trends in public opinion, or perhaps “go public” and speak out to the people, adopting public relations strategies to make it harder for politicians to ignore or retaliate against their decisions.1) In this post, however, I want to sketch an alternative scenario. As general dissatisfaction with representative institutions increases, instead of simply reacting, courts might actively pursue a populist path themselves and claim to speak for the people.

General disillusionment with the political establishment is a key ingredient fueling populist leaders and movements. To some extent, going against the establishment and making claims to (better) represent the people is part of electoral politics.2) Amidst general disillusionment, however, courts can take the lead, beyond publicly defending judicial authority against political attacks. Adopting the populist vocabulary, they can claim to represent and vindicate current majority sentiment against corrupt establishment politicians.

Consider the case of Brazil. Since the mass protests of 2013, the country has been in a deep political crisis, and support for representative institutions has reached abysmally low levels.3) From 2014 on, more and more political leaders from different parties, including all living former presidents since democratization and eight members of President Temer’s cabinet, have been investigated or prosecuted within the Operação Lava Jato (“Operation Car Wash”); the Speaker of the House of Representatives, Eduardo Cunha, was even removed from office by the Supreme Court.4) To this mix, we add an economic crisis (from 2015 on), the controversial impeachment of President Rousseff in late 2016, and a pending lawsuit in which the Superior Electoral Court is being asked to void the 2014 presidential election due to bribes and illegal campaign funds. This political climate, beyond whatever effects it might have had on the substance of judicial decisions, seems to have influenced judicial self-presentation before the public.

Sérgio Moro, a federal trial judge in charge of criminal lawsuits within the Lava Jato framework, has been the only public figure with a consistently high (above 50%) approval rate amidst the crisis.5) After mass street protests in March 2016 in which his name and face were visible on the shirts of many protesters, Moro issued a public statement thanking people for their support and explaining that Lava Jato was the work of many different authorities. But he also added: “It is important that elected authorities and political parties listen to the voice of the streets and also commit themselves to fighting corruption.”6) One year later, Moro would release a short video, posted on a Facebook page maintained by his wife, thanking people once again for supporting Lava Jato. Moro has been an early supporter of judges and prosecutors adopting strategies to enlist public opinion to support judicial decisions against white-collar organized crime.7) However, these recent manifestations – their symbolism, their vocabulary, the focus on the judge as a person and her direct connection to public demands – would seem to go beyond an institutional strategy to buttress judicial authority.

In August 2015, during a public hearing in the Superior Electoral Court, Justice Gilmar Mendes accused the Workers’ Party of having turned the country into a “thieves union” (sindicato de ladrões). In November 2015, as the Supreme Court decided on the provisional arrest of a Senator accused of conspiring to help a defendant (and potential witness to other crimes) flee the country, Justice Carmen Lúcia’s opinion included several sound bites that made headlines the following day: “In the recent history of our fatherland, there was a time most of us, Brazilians, believed that hope had prevailed over fear. (…) Crime will not prevail over justice. A warning to whoever sails the dark waters of corruption and iniquities: (…) [criminals] will not prevail over the judges of Brazil. [They] will not prevail over the new hopes of the Brazilian people (…).”

Supreme Court plenary deliberations have been televised since 2002 and broadcasted on YouTube since 2006, providing a great platform for individual Justices to attempt to reach broader audiences. But the attitudes described above are not limited to deliberations during judgments. In September 2015, after a court session and before TV cameras, Justice Gilmar Mendes told journalists that the Workers’ Party had established a “cleptocracy” in the country. In October 2015, amidst mounting corruption scandals, economic crisis, and serious conflict between the President and the House of Representatives, Justice Marco Aurélio stated to a major newspaper that the only “non-traumatic” way out for the country would be for President Rousseff, Vice-President Temer, and the Speaker of the House, Eduardo Cunha, to resign simultaneously. “I say this as a citizen, and from an ideal perspective, as this would be something unthinkable for the current powers-that-be,” said the Justice, for whom these elected representatives seemed more concerned with attending to “political interests” than facing “the greatest evil, the economic crisis.”

In Brazil, then, amidst general disillusionment with the establishment, some judges have actively presented themselves as channeling popular sentiment and speaking for the true interests of the people. Understanding this phenomenon requires decoupling the individuals and the institution, in at least two ways.

First, individual judges’ goals and motivations might not coincide with the institution’s best interests. As Baum noted in the U.S. context, for some judges, reaching out to specific audiences might be more relevant than winning.8) This might be particularly true in a context of acute public distrust of state institutions in general, in which individual reputations might be promoted by speaking out, against professional norms of restraint – perhaps even by denouncing one’s own court as part of the general establishment. An individual reputation can even be connected to extra-judicial professional goals that some high-profile judges might have in mind, like running for office in the near future.9)

In the current climate in Brazil, presenting oneself as an outsider, independent from institutions, seems to be a winning strategy even for judges, as the judiciary as a whole is considered trustworthy by less than 1/3 of citizens.10) The Brazilian Supreme Court, although performing better than the other branches of government and slightly better than the judiciary in general, is still seen as part of the general political system, with decreasing confidence levels since 2013.11) In a recent survey, the popularity rates of Sergio Moro (61%) and Joaquim Barbosa (53%) (a recently retired Chief Justice, also popularly recognized as “tough on corruption”) were higher than former President Lula’s – who, in spite of recent corruption charges, is still one of the most popular politicians in recent Brazilian history. Chief Justice Carmen Lucia, with a 26% popularity rating, is still ahead of most of the potential presidential candidates for the 2018 elections.

Second, these individual goals might be promoted without resort to actual judicial decisions. We often focus on judicial decisions as the main mechanism by which courts can exercise power, but the Justices have institutional resources to affect the world outside without winning the majority required for a formal judicial decision. Talking to the press is one such resource. When a Supreme Court Justice speaks to journalists, everybody listens, and the presence of some of the Justices in the news has become a commonplace in Brazil. By speaking their minds on current affairs, judges send signals about what future decisions might look like, potentially shaping the behavior of actors outside the court. With the help of TV broadcasting, YouTube, and social media, judicial sound bites can reach wide audiences.

Other individual powers can be used to maximize a judge’s public reach. In Brazil, for example, a single Justice can remove a case from the court’s agenda.12) This agenda-setting power can be used in conjunction with press appearances to increase public impact, as Justice Mendes did in the campaign finance case mentioned above. Justices can influence public debates, help delegitimize other public institutions, increase their own personal standing before public opinion, and make credible threats to actors outside the court – all this without having to win a majority of votes.13)

Because judges do not need to make claims to represent the people to keep their office or maintain their authority, we might believe they will not make them. However, even if institutional independence gives judges no incentives to consider popular demands when deciding, it does not actually discourage them to do so. Other forces – like peer pressure or professionalism – might prevent a judge from talking like a politician. But, as the case of Brazil shows, these forces will not necessarily carry the day against the incentives provided by the broader political environment. From her insulated position, a judge can claim to speak for the people.

In a recent paper, Justice Barroso actually made the counter-intuitive claim that judicial independence can be an advantage when it comes to representing popular will. He argued that, in Brazil, “in many situations judges and courts have become more representative of aspirations and social demands than traditional political institutions.”14) Although acknowledging that this is a sort of distortion of democratic ideals, Barroso goes on to say that, because Congress is often paralyzed by “special interests” and “veto players,” “it is not unusual or surprising that the Judiciary, in certain contexts, is the best interpreter of the majority sentiment.”

Members of Congress are selected via a process in which powerful minorities play a decisive role, while judges are supposedly recruited from Brazilian society in general by means of open public examinations.15) In Barroso’s argument life tenure itself would make judges better at reading popular sentiment, as “they are not subject to the short-term tribulations of electoral politics, nor, at least in principle, to populist temptations. That is, having to worry about re-election would make one’s representation claims weaker.

Constitutional scholars will probably take issue with Barroso’s normative argument (as I do).16) Still, the fact that a constitutional judge made it is part of a phenomenon taking place in Brazil, and perhaps elsewhere as well. General distrust of representative institutions might be a threat to judicial authority and the rule of law more broadly. But it can still empower and embolden individual judges who seize the opportunity to present themselves as speaking for the people. 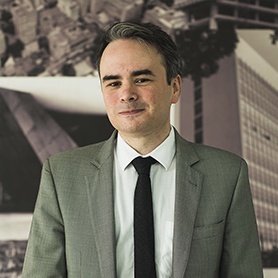