The richest compilation to date of essays in the political theory of European integration has just landed with a thud, and is bound to reverberate for some time in the sleek corridors of Brussels and the wood-paneled seminar rooms of Bruges. Edited by Kochenov, de Búrca, and Williams, Europe’s Justice Deficit? is more than an attempt to initiate a discussion about the questions of justice prompted by European integration. With thirty contributions by leading scholars of law, history, political science and philosophy, not much worth noting on this seemingly boundless subject is left unsaid.

The guiding insight behind the phrase “justice deficit” is the editors’ diagnosis that “the relationship between law and justice remains largely unaddressed” in the current context of the European Union (page v). In the EU’s discursive universe, they observe, justice has come “to signify nothing more than the formalistically correct functioning of the numerous European organs and institutions.” (page v) As a result, “the place to be occupied by any substantive ideal of justice in the European legal context remains significantly underspecified, even vacant, creating a tension between the market-oriented foundation of the Union and the contemporary essence of its constitutional system.” (page 1) The editors maintain that the principal culprit for the justice deficit is a faulty conception of the telos of EU law as “perfecting what is essentially a system of economic integration.”

The particular conception of justice embodied by the EU and its institutional framework was given its fullest philosophical expression in the eighteenth century. Moral thinkers of this period were concerned with one problem in particular: the ethical, social, and political implications of the market as an increasingly prominent sphere of human activity. The irresistible allure of the market was the affluence it generated. Conveniences and luxuries that had been regarded with suspicion by the civic republicans of centuries past underwent a moral revaluation in the works of Pierre Nicole, Bernard Mandeville, and David Hume. The pursuit of wealth and material comfort ceased to be regarded as shameful, and was redeemed either as the symptom of virtues such as assiduity and parsimony, or as a catalyst of social utility. At the same time, however, the market created a virtually boundless potential for inequality. This inequality posed a moral problem, particularly from the viewpoint of the emerging democratic sensibilities of the age. If God had originally given the earth to mankind in common, as these thinkers tended to agree, what justification could there be for vast inequalities of wealth and status?

As Hont and Ignatieff have shown, the eighteenth century offered up two competing solutions to the moral problem of inequality in the form of Adam Smith and Jean-Jacques Rousseau. Rousseau’s response to the ascendancy of the market was civic republican in spirit: it involved limiting the scale of inequality through political enforcement of mercantilist policies, sumptuary laws, artisanal methods of production, and most importantly, a democratic order premised on strict equality and a virtuous citizenry.

Smith’s solution was far more radical: he proposed to let the market develop its productive and innovative potential, acknowledging that this process would feed off the least desirable human proclivities. Suitably regulated (‘policed,’ in the eighteenth century sense of that term), the market would use the vanity of the rich to encourage the industry of the poor. The landlord is obliged, not by the coercive power of the state but by his own cupidity and desire for distinction, “to distribute among those… who provide and keep in order all the different baubles and trinkets, which are employed in the oeconomy of greatness; all of whom thus derive from his luxury and caprice, that share of the necessaries of life, which they would in vain have expected from his humanity or his justice.” (TMS, IV.1, 215) Meanwhile, Smith famously reasoned that the market unleashes hitherto unprecedented creative capacity by enabling cooperation in the form of the division of labor. In a “well-governed society,” the division of labor occasions “that universal opulence which extends itself to the lowest ranks of the people.” (WN, I.1, 12)

Whereas for Rousseau, then, the solution to inequality is a political sovereign that cuts the pie into equal pieces, for Smith, the solution is to make the pie (and everyone’s slice of it) bigger.[1] His insight is that inequality will lose its moral salience (and perhaps its political intensity) once a reasonable degree of prosperity and material comfort is assured for all. Although Smith is no market fundamentalist, the contrast with Rousseau shows clearly that he values a bigger pie as preferable to a smaller one, even one that is distributed equally.

The European integration project, whose constitutional framework remains firmly anchored in the economic realm, rests fundamentally on this Smithian approach to justice. This is not to say, of course, that the EU was designed with Adam Smith or any other philosopher in mind, or that it evinces any grand design at all, but to say that it embodies a mobilization of market forces for a particular end: that of distributive justice.[2] Its guiding aim is to enable a just political order by defusing and preventing distributional conflict both within and among European nation-states. The means by which it sets out to do so is by generating, through cooperation, more wealth than any member state could attain by itself.

And indeed, the founders of the European integration project understood supranationalism as a way of managing disputes over the distribution of land, resources, population, imperial domains, and symbolic advantage or grandeur. Their solution to armed conflict was to shift allocative power over resources (through ensuring the free movement of factors of production) and population (through ensuring the free movement of labor / persons) from the several nation-states to a supranationally regulated marketplace. As Monnet wrote in Algeria in 1943,

European states are too constrained [étroits] to guarantee their peoples the prosperity that modern conditions make possible and consequently necessary. They need bigger markets. They also must not use an important part of their resources to maintain so-called ‘key’ industries necessary for national defense, made obligatory by the configuration of states in the model of national sovereignty and protectionism as we have come to know these prior to 1939.

The way to alleviate distributional conflict fomented by nation-states was to regenerate wealth on a cooperative basis. Monnet predicted that “There will be no peace in Europe if states rebuild themselves on the basis of national sovereignty, which brings with it the politics of prestige and economic protectionism,” and concluded that “Their prosperity and indispensable social development is impossible unless European states form a federation or a ‘European entity’ which brings them into a common economic unity.”[3]

This is a conception of justice that valorizes cooperation and collective affluence over autarky and national prestige. It relies on market activity to pacify relations among states: exchange replaces expropriation; competition replaces coercion. It marshals economic activity to resolve—or to at least render tractable—political problems. And most importantly, it does all of this on the basis of voluntarism rather than coercive intervention.

A legal order centered on the market, therefore, far from being vacant from a justice perspective, embodies a particular theory of justice: one that valorizes voluntary economic exchange for its conduciveness to peace, prosperity, and freedom. Whether commerce is, indeed, conducive to all of these things is another question. For now, my point is that it just won’t do to say that there is no conception of justice behind the market-building project that remains at the core of European integration. What the book establishes, conclusively, is that it is high time to expose that particular conception of justice to critical scrutiny.

[1] In drawing this distinction, I do not mean to endorse the inaccurate boilerplate that Smith is a proponent of laissez faire; to the contrary, Smith recognized that the productive force of a market society relies on enlightened public policy, mass education, civic inclusion, and vigilance against plutocracy. Incidentally, that very same sensibility is evident in the massive regulatory apparatus that the EU has created as the backbone of the internal market, not least its aggressive enforcement of competition policy. The tacit morality that motivates the Commission’s crusades against the likes of Microsoft and Google is very reminiscent of Smith’s moral indignation towards international trading companies (Muthu 2008).

[2] There are more affinities between the juridical-economic grammar of European integration and Scottish Enlightenment thought than I can trace here. Hume and Smith treated political and moral themes using a “juristic terminology” that distinguished them from the virtue-centered terminology of the civic humanist tradition (Pocock 1983). An analogous distinction can be drawn between the discursive universe of the EU and that of the nation-state; the former substituting the language of ius for the latter’s reliance on virtus.

[3] Monnet neither designed nor single-handedly executed the market-building project. In fact, like Achilles during the siege of Troy, he was notably absent during the negotiations leading up to the all-important Treaty of Rome. However, I find attempts to edit him out of story of European economic integration altogether to be excessive. 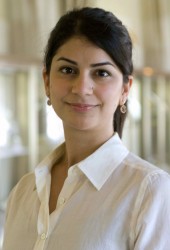 Turkuler Isiksel is an Assistant Professor at the Department of Political Science at Columbia University, New York, and currently a visiting research fellow at the Justitia Amplificata Centre for Advanced Studies at Goethe University, Frankfurt/Main.