Justiciable but not Necessarily Illegal

The Power of Prorogation in the UK Constitution

The UK Supreme Court is about to decide the fate of the UK Government’s decision to prorogue Parliament from the week beginning 9 September until 14 October 2019. The High Court of England and Wales had stepped aside (Miller II), whereas the Scottish Court of Sessions had intervened and had declared the prorogation unlawful (Cherry). Two are the main issues raised by the appeals against these decisions: First, the issue of justiciability – whether the Government’s decision can be subject to judicial scrutiny or whether it lies beyond the Judiciary’s remit. Second, if judicial review is available, whether the Government’s decision is lawful (issue of legality). Although the two issues prima facie appear to be distinct, in this case they are intertwined.

As it will be explained below, I believe that the issue of prorogation in this case is justiciable and that the Government’s decision to prorogue falls within the legal boundaries of the Constitution.

A key premise of the Divisional Court’s judgment in Miller II is that “The question of justiciability comes first, both as a matter of logic and of law” (para 41). The judgment treats justiciability and the review of legality as two distinct phases connected in sequence only in the sense that the transition of judicial examination to the second phase (legality) requires an affirmative conclusion in the first phase – a conclusion that the decision/action under investigation is indeed justiciable.

As mentioned above, the two concepts exhibit a much more dynamic interconnection in this case which I will try to elucidate by referring to Miller I.

It is worth remembering that the Divisional Court in Miller I stated that the parties had agreed on the justiciability of the question (para 5. “It is agreed on all sides that this is a justiciable question which it is for the courts to decide.”). Nevertheless, if we consult the transcripts of the proceedings we will see that the Government initially tried to argue for non-justiciability. The parties agreed in the end that the matter in that case was justiciable because the question was whether the prerogative power existed and not whether it would be lawfully used. For this reason, the issue of justiciability was not addressed by the UKSC in Miller I.

However, if we pay closer attention to the circumstances, particularly the constitutional dynamics, that gave rise to Miller I and Miller II, we will see that the situations are comparable.

It is argued that in Miller I the formulation of that fundamental question – namely whether the Government had the power to trigger Article 50 TEU as opposed to whether the exercise of the latter was justified – was possible only after a preliminary contemplation of the legal consequences of the exercise of such power, namely the potential impact on Parliamentary Sovereignty (see Divisional Court Miller I, para: 4 “…It is common ground that withdrawal from the European Union will have profound consequences in terms of changing domestic law in each of the jurisdictions of the United Kingdom.”).

After all the notification to withdraw from the EU was connected with the sphere of treaty making, an area that undoubtedly belongs to the prerogative powers of the Government and indeed in the higher echelons of these powers according to Lord Roskill’s categorisation in Council of Civil Service Union (CCSU).

A fundamental assumption of the claimant’s main argument in Miller I was the irrevocability of the notification to withdraw. Without this assumption of automaticity of consequences on Parliamentary Sovereignty – Lord Pannick’s famous analogy of pulling the trigger that leads to a bullet being fired – the formulation of the argument as one of questioning the existence of the prerogative power would have been extremely difficult. Moreover, without this formulation the issue of justiciability would not have been agreed so quickly by the parties.

However, after the C-621/18 Wightman where the European Court of Justice (CJEU) ruled that the withdrawal notification can be unilaterally revoked the claim of the automaticity of withdrawal after the end of the negotiation period of Article 50 TEU (3) does not stand. In other words, after Wightman “no-deal” Brexit constitutes a conscious decision not an inevitable effect of the triggering of Article 50. In this sense Wightman breaks to an extent with the reasoning upon which Miller I was based (this is one of the reasons why I had argued, here, that the UKSC should not send in the context of Miller I a preliminary question to the CJEU).

More importantly after Wightman the role of Parliament in the Brexit end-game becomes even more crucial because the latter can stop no-deal if it so choses by obliging the Government not only to ask for an extension but even to revoke the withdrawal notification.

Going back to the point of the comparable constitutional dynamics in Miller I and Miller II I believe it is obvious that the issue of whether Parliament has the opportunity to participate in the withdrawal’s end-game is arguably equally if not more important than the decision to trigger Article 50.

It is for this reason that the issues of the examination of justiciability and legality are dynamically interconnected in Miller II. In other words, the claim that the Government’s decision may deprive the Parliament of the opportunity to partake in the most important decision of the withdrawal process is enough to satisfy the standards of justiciability. In other words, the UKSC in order to fulfil its constitutional role should be able to investigate such a claim. The intensity of legal scrutiny is another matter which is discussed below.

Concerning the lawfulness of the government’s decision the claimants and petitioners put forward two main claims: first, that the effect of the decision to prorogue infringes the principle of Parliamentary Sovereignty because it prevents Parliament from performing its role at a crucial time; second, that the exercise of the prerogative in this case constitutes an abuse of power “influenced by extraneous and improper considerations” (Divisional Court, Miller II para 23).

The first claim on its own seems weak because although the prorogation shortened the Parliament’s window of opportunity considerably, it nevertheless did not prevent Parliament from taking decisive action on the “exit options” before the looming 31 October deadline – as demonstrated by the passing of the European Union (Withdrawal) (No 2) Act 2019 .

Given that even the claimants recognise the wide discretion accorded to Prime Minister in deciding the timing and length of prorogation and given that it is clear that the decision under examination did not prevent Parliament from taking action in the end, I believe that the argument focusing on the unusual length of time functions more as supporting device to their second claim (abuse of power).

The abuse-of-power claim is based on the argument that the decision to prorogue Parliament for a long period prevented the latter from performing one of its most important constitutional functions, namely to hold the government politically to account at a time when the exercise of this function is especially crucial. Moreover, they argue that the unusual length of prorogation cannot be explained by rational reasons. They also argue that the reasons invoked by the Government, namely the need to have adequate time to prepare for the Queen’s Speech do not justify the prorogation’s unusual length. The argument concludes that since no other rational reasons or convincing evidence for justifying the Government’s decision exist it can be reasonably inferred that the exercise of the prerogative power to prorogue Parliament was motivated or influenced by improper considerations (Miller II para 58). Additional evidence that arguably support this inference are the Prime Minister’s publicly expressed views about his policy of exiting the European Union by the end of October with or without a deal and his impression that Parliament presented a threat to his Brexit strategy to leave “do or die, come what may”.

Herein lies the crux of the matter. Given the wide discretion that the Prime Minister enjoys in this area any attempt of judicial scrutiny in this case must be based on objective standards and criteria, as far as possible. I believe that the UKSC ought to avoid any attempt to decipher the Government’s “true” intentions, but it ought to focus instead on the legal effects (or the legal effects that are expected with high degree of probability)as a result of prorogation.

In order to elucidate this point it is useful to apply the aforementioned standard in the following scenario: A decision to prorogue until 31 October would have been manifestly illegal because it would have deprived Parliament from having any say in the most important of all decision in the Brexit process, the terms of the exit (including the possibility of preventing no-deal or even reversing Brexit).

However, in the present case the prorogation from 9 September to 14 October does not deprive Parliament of such action. On the contrary one could argue that the prorogation decision acted as a constitutional “gadfly”, that stung the Parliamentary “steed” into action after months of political impasse.

How can this interpretation of the Government’s motives – let’s call it the “gadfly effect”  – be discarded? We know that the decision had precisely this effect by pushing Parliament to act swiftly (EUW(No 2) Act 2019). We also know that if the Government had wanted to block Parliament from the process would have extended the prorogation period until 31 October. If the “gadfly effect” was indeed the intention would that be an improper purpose for prorogation? Most importantly, would the Judiciary be the appropriate arbiter for judging the “improperness” of such motives?

Asking the UKSC to identify the true motives of the Government would constitute a constitutionally unacceptable interference in the political realm. It would also involve a sort of constitutional psychoanalysis. This is not the Judiciary’s role.

Returning to the starting point of my syllogism trying to infer intentions is a delicate matter particularly when it involves the Court second-guessing the political choices of the executive using its own normative standards. Instead the test should be based on the legal effects of the exercise.

Otherwise where will the line of “true motives identification” be drawn in the context of judicial scrutiny of governmental action? Would the Courts be able to challenge the legality of the Government’s decision to commit to unrealistic low levels of immigration – assuming that the latter does not infringe any statutory provision – because it actually seems to be motivated by party political considerations? Are the Courts the forum to provide this type of scrutiny?

In my view the UKSC should recognise that the question is susceptible to light-touch judicial scrutiny. In other words, it should not dismiss it outright as non-justiciable because of the “high politics” nature of the exercised power. Instead the UKSC should examine whether there is a high degree of probability that as a result of prorogation Parliament would be deprived of the chance (manifest denial of opportunity) to partake in the most important decision of the withdrawal process namely the terms of departure. The answer to this question should be negative for the reasons I explained above. 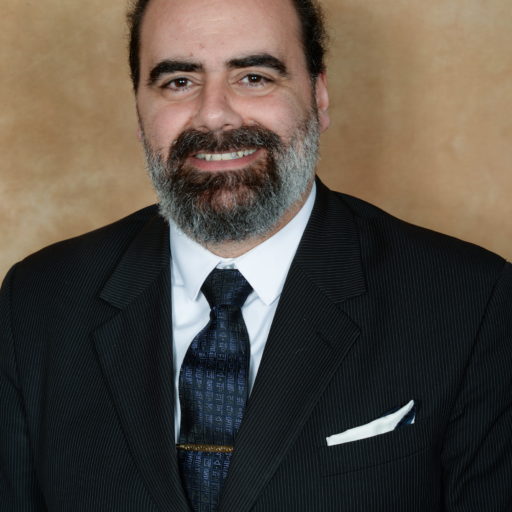 Aris Georgopoulos Aris Georgopoulos is an Assistant Professor in European and Public Law and Head of Defence and Strategic Procurement Research Unit (PPRG) at the School of Law of the University of Nottingham.

Other posts about this region:
English Articles, Vereinigtes Königreich 2 comments Join the discussion
Go to Top