Inequalities in Framing Cooperation through Pandemics

Covid-19 made ‘pandemic’ a buzzword. The world expressed anxiety on the eve of a pandemic declaration from the WHO,  a decision monitored as closely as the white smoke for a newly elected pope. Yet, ‘pandemic’ has no legal value in international law by contrast with a declaration of public health emergency of international concern (PHEIC). It is no accident that the 12th Commission of the Institute of International Law issued a report on Epidemics and International Law, which bluntly avoided the term pandemic.

Despite this, for the general public, the role of a PHEIC determination remains unknown. Given the inconsistency in declaring PHEIC (only 6 events between 2007 and 2020), many epidemics of considerable proportion were ignored by the international community. Yet the mismatch in the general public consciousness regarding the legal implications triggered by a WHO declaration of a  PHEIC is not as problematic as the way lawyers and public health practitioners reinforce the centrality of a pandemic,  a concept that still requires a more solid definition.

As an international instrument potentially moves forward to galvanize ‘pandemics’ as a legally defined term – and part of global health governance – we must understand the implication that this word has in relation to disparities between developing countries‘ problems and the interests of their richer counterparts. After all, any pandemic would have originated from one or more national epidemics, but it would require a globally recognized procedure to trigger stronger international obligations. As opposed to pandemics, though, epidemics have persisted for decades and raged in low- and low-middle income settings from Zika to Ebola, demanding support from international actors.

Firstly, this classification is undesirable by producing an artificial differentiation between diseases of similar urgency and lethality, while pandemics preparedness is at the center of international law. Should tuberculosis, which killed around 1.5 million people in 2019,  be less of a priority than COVID-19? Sometimes called merely a global epidemic, tuberculosis bears many similarities with COVID-19.  Both are airborne diseases very skillful in disseminating among vulnerable groups, including those in overcrowded spaces, such as prisoners in Brazil. However, tuberculosis is widespread for decades and has been regarded as endemic to some countries or simply an epidemic, as described by the WHO and the SDGs target to end the disease by 2030.

Thus, the pandemic status is also a political exercise and a way to phrase a crisis according to political interests. As long as some diseases do not reach a pandemic level, they would not elicit the immediate financial help and international cooperation, which has at least been promised (if not delivered) during COVID. By defining the term ‘pandemic ‘ and enshrining it in international law, with a more powerful procedure than currently exists for declarations of PHEICs, international law can cement the higher status of a pandemic in the global health governance, theoretically forcing member States to collaborate with their resources against pandemics. In practice, COVID-19 has shown some de-prioritization effect of a pandemic  among donors, which switched priorities about long-term health needs to focus on containing the virus.

As a consequence, pandemic control in international law may have a neo-colonialist impact, such as in intellectual property law, by using the Global South to enforce rules beneficial to major powers. Ultimately, typifying ‘pandemic’ as a legal category in international law may install a tiered system in which infectious diseases are tolerable, but pandemics are not. This has been, in practice, a reality.  Similar to tuberculosis, other communicable diseases may be solely a regional problem for never attaining pandemic recognition. The international response to Ebola in 2013-2016 is an example of the differential treatment to tropical diseases or geographically circumscribed outbreaks. Despite the criticism of this approach, we are still single-minded about pandemics.

This is problematic for countries ravaged by mosquito-borne diseases, such as Dengue or Yellow Fever.  Those are countries that should allocate resources for their endemic diseases but possibly would also need to meet international expectations of air-borne disease control and another set of measures to protect the entire world. Their participation would come as the global inequalities made health systems broken and populations vulnerable to diseases spread in the poorest places, such as cholera, Chagas disease, and malaria (which also may be the result of internal economic inequalities).

A PHEIC should be ideally declared to any ongoing health system disruption or calamity in a broader sense (e.g. in the event of a shortage of medicines for non-communicable diseases), but if States devote themselves to pandemics only, there must be attention to inequalities in epidemic control. A pandemic-centered system should be balanced through mutually beneficial arrangements for the development of health systems and access to vaccines and medicines in non-pandemic infectious control among the poorest States. Therefore, the least that can be offered, for less developed countries battling alone against their own infectious diseases, is to stipulate obligations to address past and geographically-limited epidemics with equal consideration.

Giving proportionate support to non-pandemic infectious diseases would involve a plan of eradication of current epidemics that would not benefit from a pandemic-oriented treaty (as such obligation would arise solely for future-declared pandemics). Any threshold for a global emergency must not be territorialized and geographically excludent to address ongoing health crises less threatening to the Global North.  If an outbreak cannot be a global scale hazard (such as cholera in Haiti, even though technically as part of the  7th pandemic cycle of cholera), there should be an efficient international assistance program to monitor and support regional epidemics.

Further, a mutually beneficial agreement should promote health system development in the Global South beyond border control and pathogen surveillance, so poorer governments may be in a position to devote resources to pandemic control (and not become a breeding ground of disease variants after a pandemic declaration as happened today).  In return for establishing a system of health security for wealthy nations, developing countries should receive investment in their domestic vaccine production and infrastructure to act upon immunization programs as swift as the leading governments. This would include, in exchange for compliance to pandemic measures, a mechanism to invest in research and develop appropriate interventions to neglected tropical diseases and other epidemics less likely to harm the Global North. Such cooperation must consider broader interrelated policies, including environmental risks. As it happens, more evidence shows that the proliferation of tropical diseases and new pathogens have been accelerated by global warming or even through deforestation, a problem with the digital mark of the Global North.

It is important to note that, from a human rights-based approach perspective, rendering obligations to prevent pandemics superior to epidemics would be potentially in conflict with core obligations of the international right to health (General Comment 14, para. 44.b and c). In order to harmonize the right to health as provided by the International Covenant on Economic and Social Cultural Rights (ICESCR), States must take steps to combat epidemics, as provided in article 12-c, which does not refer to pandemics. 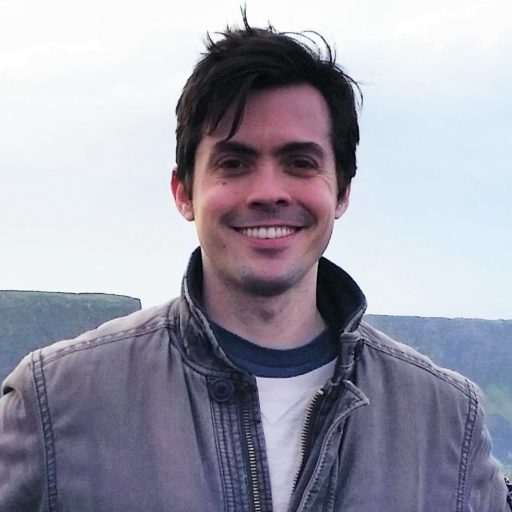