Last week, the Assemblée Nationale passed the draft law on the ban of the word “race” in French legislation. The elimination of this term has been advocated several times over the past decade by the Left, and by François Hollande in March 2012 during the electoral campaign, affirming that “there is no room for race in the Republic”. To date, the word “race” and its derivatives appear in fifty-nine legal provisions. Now, it is up to the Senate, the upper house of the French parliament, to deliberate and have the last word. In Germany, similar actions have been taking place as well. In 2011 the German leftist party Die Linke submitted a draft law to replace “race” by “ethnicity”. This initiative was partly inspired by the two Policy Papers (2009 and 2010) of the German Institute for Human Rights calling for a removal of the word “race”. Lately, banning “race” from the legal order has been gaining popularity among some non-discrimination scholars as well.

With respect to the French context, it is essential to recall the judgment of the Conseil Constitutionnel from 2007 on the use of racial and ethnic statistics. The Conseil ruled the use of ethnic and racial data for purposes of surveys or studies on diversity of origins, discrimination and integration issues as unconstitutional. The use of such data would violate Article 1 of the French Constitution: “France shall be an indivisible, secular, democratic and social Republic. It shall ensure the equality of all citizens before the law, without distinction of origin, race or religion. It shall respect all beliefs. It shall be organized on a decentralized basis.” The legal situation in Germany is markedly different: here, racial and ethnic data collection is permitted and regulated in the Federal Data Protection Act, albeit under strict conditions.

The principal argument against the use of the legal term “race” is that the scientifically erroneous concept of “race”, as the founding principle of murderous ideologies, does not belong in the legislation of a democratic country like France. While proponents of the removal of this contentious term argue that it represents a necessary step towards a more tolerant and anti-racist society, opponents advance legalistic concerns over inconsistencies with constitutional law and remain skeptical about the desired effects of the replacement of the word “race” with what they consider to be weaker alternatives. Aware of the risk of creating a legal vacuum entailed by such a simple, not to say naïve, lexical substitution, the authors of the draft law opted for the word “racist” as a viable replacement. Though charming this approach may seem, it remains nevertheless vital to question the ideological configuration in which the anti-race discourse and the accompanying symbolic parliamentary act take place. Most importantly, does it really advance the struggle against various forms of racism?

Most arguments assume a disturbing tone, conveying the idea that France has become a “post-racial” country. Post-racialism, a concept and ideology heavily discussed in the United States, claims the overcoming of race. This ideology reached its symbolic peak in the election of Barack Obama as the first Black President of the United States. Sumi Cho, a prominent race scholar, argues that post-racialism “in its current iteration is a twenty-first century ideology” which “reflects a belief that due to racial progress the state need not engage in race-based decision-making or adopt race-based remedies,” and that civil society should “eschew race as a central organizing principle of social action.” Departing from this, the European continental (e.g. France and Germany) version of post-racialism was virtually ushered in after the Holocaust and increasingly imposes itself in the public discourse. In this narrative, the legal term “race” is considered anachronistic. Socialist deputy Colette Capdevielle’s comments exemplify this view quite well, claiming that “[t]his text enables us to definitively turn a page,” and that “our society has changed, we have to admit it [and] we should not be afraid to alter the laws when their terminology does not correspond to our society anymore”. The anti-race discourse in France must therefore be read as a part of a larger ideology of post-racialism in which it becomes illegitimate not just to act on race, but even to talk about race. One of the problems with this approach is that ceasing to talk on race will also be the end of a discussion on racism, even though the opponents of race claim the opposite.

The parliamentary debate is marked both by a poor understanding of notions of “race” and “racism” and by a profound certitude that this project will achieve tremendous social progress. Racism is understood as a phenomenon rooted in individual behavior as opposed to a systemic phenomenon shaped by structural factors. Across the political spectrum and both in the arguments for and against the draft law, terms and expressions reveal this lack of understanding of racism as a structural phenomenon and the exclusive emphasis on intentional, “individual” racism. While the leading parties to the debate admit that race is a historical and biological construct, they fail to conceive of race as a political and social identity. Moreover, the debate is permeated by the implicit or explicit assumption that race by itself is a negative and depreciatory category. Is this really the case? What happens if a person defines herself as Black? Is this designation a racial or a racist self-definition? And should scholars be accused of racism when they work on issues such as the overrepresentation of “white French or German men” in the desirable segments of the job market? Is it possible to speak about whiteness and structural disadvantage if race (and gender) are not taken into account?

These are not just rhetorical questions, as they seek to reveal the inconsistencies inherent to the debate. The Conseil, too, seems to overlook that not every process of racialization – in this case through statistics – is necessarily racist. Rather, identity politics is a continuous performance of race. If race is to be taken seriously in this way, then a more nuanced understanding of race as a social construct is needed. Race takes on various semantics and contextual manifestations. Intersecting with other social categories such as gender and class, race can be usefully deployed for statistical purposes to uncover structural privilege or disadvantage, and be performed through identity politics.

On the whole, it seems that the current shortcomings and inconsistencies in this debate are due to the fact that the starting point of the debate is race, rather than racism. The debate would have taken a different turn, had institutional racism and affirmative action been at the centre of the discussion. Then the question on how to combat large-scale systemic inequalities based on race without categories would have been raised. Similarly, the question on whether racism can survive in a post-racial society could have been more easily answered.

In the parliamentary debate, however, the focus is put on the “perpetrators of racist acts or speech,” on violence, behavior and intent. Racism is compared to a “plague,” a “persistent virus” which should be fiercely fought. It is defined as “ignorance,” the “rejection of alterity,” and “intolerance,” and more precisely as “racist acts” and “offensive words.” The wording denotes an evil connotation, which participates in the understanding of racism as having its origins in cruel and ignorant individuals. One anecdote of a terrible hate crime cited as an example of racism also contributes to this reductive, not to say simplistic representation of racism.

Does the legal term “race” effectively uphold the idea that biological races exist, as it is claimed in the debate? Following that logic, what about other categories used in non-discrimination law such as ethnicity, nationality, skin color, and sex? Why do we treat race differently than these other concepts which are no less than social and historical constructs, and consequently by no means less problematic than race? Isn’t “color” the most prominent racial concept par excellence? And yet, skin color is just as much as a construct. What about gender or sex; shouldn’t the drafters also suggest “sexist discrimination” as an alternative for “discrimination on the ground of sex,” since sexual identity is more than a mere biological category. Not least, how should anti-discrimination law be applied in a case of intersectional discrimination, i.e. discrimination based on overlapping and intersecting identities? The use of such identity-based categories is a social artifact in a racialized world. As long as the society we live in operates structural inequalities along such lines, these legal, analytical, social, political categories should not disappear, lest the inequalities they address become unspeakable.

The questions raised reveal the analytical weaknesses of the anti-race discourse. Such a discourse is not only harmful to the anti-racist struggle, but it is also at odds with the non-discrimination legal framework. Furthermore, it is inconsistent with the dynamics of legal language. Legal terms can be apprehended through a wide range of methods of interpretation such as grammatical, contextual (systematic), historical, teleological, evolutive, etc. Law is familiar with concepts without a clear content, which is to be substantiated through interpretation. One could also ask in a provocative way: Why not oppose “God” in the preambles of many constitutions on the grounds that the existence of God has not been proven scientifically?

What is particularly striking is that so much energy and determination are poured into this putative fight against racism, while discriminatory state practices and laws are virtually kept untouched. In a country where a highly discriminatory law partially upheld by the Conseil Constitutionnel targeting specifically Roma people in France, and where racial profiling is rampant, it is clear that the jettison of “race” in legal texts masks much more repressive and oppressive uses of race, even if the infamous word is not spelled out. For this very reason, far from being merely symbolic, the suppression of the word “race” is harmful to the anti-racist struggle as it will inevitably weaken the public debate on all forms of racism, especially structural and institutional racism.

Lastly, even if this draft is passed, “race” will not disappear from French law since France is a party to various international treaties working with the word “race,” the most prominent of which is the International Convention on the Elimination of all forms of Racial Discrimination (ICERD, 1965). Not least, the Strasbourg Court demonstrates that it is possible to establish effective case law against discrimination on the grounds of race. It would have been more effective to align with international law, rather than debate symbolic legal changes. The very solemn and declamatory tone of the parliamentary debate on the draft law shows that the Assemblée Nationale seems to be invested in equality and justice for all. So why not discuss existing forms of structural racial inequalities in education, the job market, housing, services and goods and the existing effective remedies against discrimination? Why not re-establish the independent status of the High Authority for the Fight against Discrimination and for Equality (La HALDE) which was dissolved in May 2011 under the Sarkozy government and incorporated into a larger and arguably less efficient and visible equality body? These are France’s obligations according to the CERD. 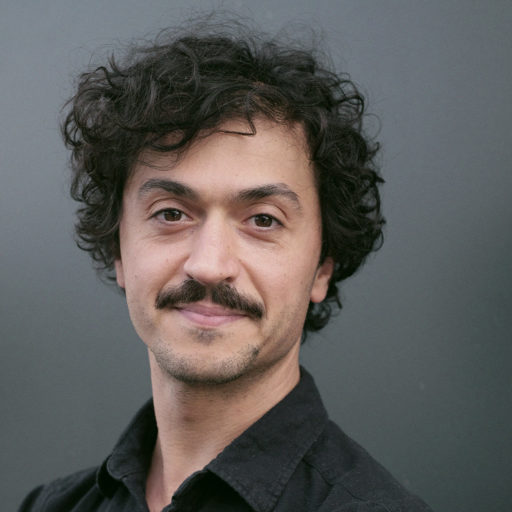 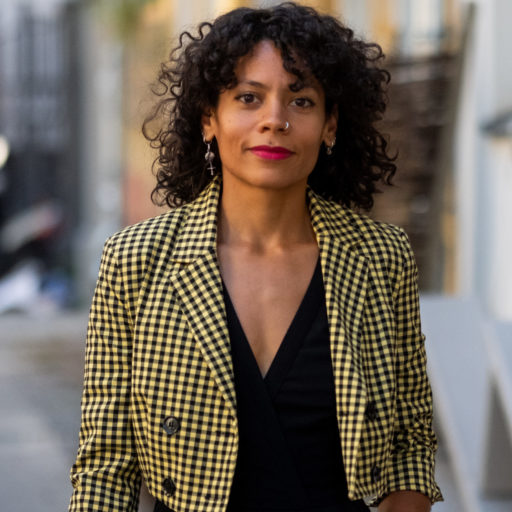