Leaks are becoming the new norm of transparency and perhaps the main source of informed public debate. The Panama mega leak and LuxLeaks expose tax heavens and show the salience of whistleblowers for triggering accountability. Yet, in Europe little or no whistleblower protection exists. Isn’t the time ripe to change this legal scene?

Transparency and accountability together are meant to expose wrongdoing and help ensure that there is no impunity of any party involved, whether governments, companies or individuals. But transparency ensured through institutional or legal mechanisms does not always succeed in exposing wrongdoing in a timely fashion. That is especially the case when information is protected under special legal regimes such as security classified information, business or trade secrets. The Catch-22, as noted before, is that identifying abuses of secrecy requires access to the very material being kept secret. This access in turn is systematically problematic for parliamentary committees or other independent review bodies.

Increasingly we witness the exposure of corruption, abuse of power or wrongdoing through leaks, i.e. decisions of individuals to disclose secret information. And although leaks are nothing new, the current technological and information infrastructure enable the rapid disclosure of millions of documents from nearly 40 years of records without much trouble and in a protected way as the mega leak of the Panama papers shows. This ‘radical’ transparency might not lead to ‘radical’ accountability but it offers insights to citizens for public debates that otherwise would not happen. Besides the exposure of information as such, these leaks are usually organised and presented in way that is easily accessible and readable for the general public.

By contrast, for example, information derived through requests of public access to documents – besides involving a more cumbersome and slower administrative procedure and often leading to no access – often is hard to understand and create an idea of what actually takes place inside the administration. Moreover, the regime of public access to documents is limited to public bodies. But while the Panama mega leak opens the way for global debates on tax evasion, the whistleblowers behind them – if it were for their identity to be exposed – would have little or no legal protection in Member States of the European Union, evident in the case of LuxLeaks.

Protection for whistleblowers in EU Member States is either completely missing or fragmented between public and private sectors, as a recent report by Transparency International shows. Only exceptionally do some MS provide dedicated laws on whistleblower protection some of which may be considered to offer more advanced legal frameworks (Ireland, Romania, Slovenia, and the UK). Whistleblowing has a composite nature: it is an accountability instrument but it is also a form of freedom of expression. Although both of these aspects of whistleblowing find basis in law and in general exposing wrongdoing is widely supported by the public, legal protection for whistleblowers is limited or narrow.

This mismatch is reflected in cases as LuxLeaks regarding tax avoidance schemes: On the one hand, whistleblower Antoine Deltour faces a trial since rules in Luxembourg are limited to corruption offences and only protect whistleblowers against dismissal but not against prosecution, on the other hand, he is awarded the European Citizen’s Prize 2015 by the European Parliament intended to acknowledge the work of those who ‘promote European values’.

Indeed, the ability of organisational insiders to speak up and disclose information in the public interest is at the core democratic values. It seems paradoxical then to punish and prosecute those who actively practice them. The time is ripe to establish a legal framework with clear requirements for protected disclosure that affords a wide protection to individuals who expose wrongdoing in the public interest. 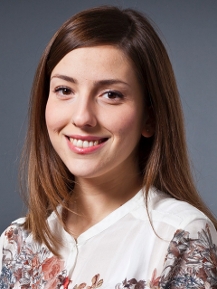