Lebanon – Plaything of Regional Powers: The Case of Saad Hariri

Last week, Saad Hariri – Prime Minister of the Lebanon – tweeted a grinning selfie, posing alongside Crown Prince Mohammed bin Salman of Saudi Arabia and the Saudi ambassador to the United States, Prince Khaled bin Salman. According to the Saudi Press Agency, Hariri traveled to the kingdom to “discuss bilateral relations and recent developments in the Lebanon”.  Prima facie, business as usual. But this appearance is deceiving: It was a very special meeting. The first after Hariri’s short lived “resignation”.

Four months ago, on 3 November 2017, Saad Hariri – holding both Lebanese and Saudi citizenship – arrived in Riyadh, the capital of Saudi Arabia. Quickly it became obvious that something is wrong: No official representative of the kingdom received the Prime Minister at the airport. Instead a group of Saudi policemen surrounded the plane and confiscated his cell phones and those of his bodyguards ( see here and here )

However, the big surprise followed the next day. Live via the Saudi-funded news channel Al-Arabiya Hariri declared his resignation. He read his speech from a paper, explaining that he fears assassination, and sent a clear message to Iran and its Lebanese ally Hezbollah: “Wherever Iran settles, it sows discord, devastation and destruction, proven by its interference in the internal affairs of Arab countries” – adding that Iran’s hands in the region will be “cut off”.

Leading politicians worldwide fear a further conflict in the Middle East powder keg. Although Hariri later denied it, the Lebanese government and many tens of thousands of Lebanese are convinced: Saudi Arabia compelled Hariri to this decision, handed him a pre-written resignation speech and forcibly put him under house arrest. Sources and people close to Hariri confirm this suspicion (see here, here, here and here).

Why did all this have the potential to throw the Lebanon in a deep political crisis? Why was the resignation of the Lebanese head of government in the interest of Saudi Arabia? Answering these questions requires a deeper understanding of the Lebanon and the political circumstances currently prevailing in the Middle East.

On the one hand, there is Lebanon’s multi-confessional power sharing system. Seats in the parliament, as well as political offices, are distributed among the religious communities. Under the Lebanese National Pact of 1943 the president must be a Maronite Christian, the prime minister a Sunni Muslim, and the speaker of parliament a Shia Muslim. This fragmentation opens the country to foreign influence, especially of the two rivalry regional powers Saudi-Arabia and Iran. Both are engaged in a variety of proxy conflicts around the region in pursuit of regional hegemony: Syria, Yemen, Iraq, Bahrain. The Lebanon is no exception: Saudi-Arabia supports the Lebanese Sunnis, Iran the Lebanese Shias. Against this background two opposing political camps emerged: March 8 and March 14. The former is anti-Western, pro-Iranian and lead by the Hezbollah, while the latter is pro-Western, pro-Saudi and lead by Saad Hariri’s Future Movement. After years of political deadlock the rival groups formed a new government of “national unity” at the end of 2016. Hariri’s resignation would have disturbed the fragile political balance of the country – with immeasurable consequences.

On the other hand, there is Iran’s growing influence in the Middle East. By now, the “Shiite Crescent” seems to virtually completed, a land connection from Iran to Lebanon – a geopolitical disaster for the Saudi royal house. Especially the survival of the Assad regime strengthened the Iranian position and that of the Hezbollah. From the Saudi point of view, Saad Hariri fostered these developments. He didn’t oppose the Hezbollah vigorously enough. For the sake of peace he accepted the party’s role, for example next to the Lebanese Military in its fight against the IS. So Saudi Arabia intended to send a message: “It was time to stop Iran’s Lebanese ally, Hezbollah, the powerful Shiite organization that is Lebanon’s most influential political actor, from growing still stronger”.

Beyond all that, the curious case of Hariri also has a legal dimension. The Lebanese head of state, Michael Aoun, condemned Saudi Arabia’s conduct as an act of aggression, a violation of the Vienna Convention and the Universal Declaration of Human Rights. Against this background in the following legal analysis a distinction will be made between the interstate level and the individual level, considering Hariri both in his function as Prime Minister and as a human rights holder.

This doesn’t mean that the Saudi conduct was lawful. Lebanon can invoke the principle of non-intervention. As part of customary international law it involves the right of every sovereign state to conduct its affairs without outside interference. Every state is obliged to respect that principle and to refrain from forcibly intervening in domestic affairs of another state. It is self-evident that forcing the Prime Minister of another state to resign from his position and putting him under house arrest constitutes a violation of the principle of non-intervention, especially because Hariri’s resignation would have had – in all probability – a destabilizing effect on the country.

In his statement Aoun furthermore alluded to a breach of the Vienna Convention, but didn’t clarify which Vienna Convention he related to. Most probably he referred to Article 29 of the Vienna Convention on Diplomatic Relations (VCDR). This would be mistaken because the VCDR is directly applicable only to diplomatic agents. There is no treaty conferring general inviolability on heads of governments, but the ICJ held that they enjoy inviolability under customary international law (ICJ, Arrest Warrant, para 53 and 54. This follows from the equalization of the minister of foreign affairs and the head of government). Consequently, Hariri enjoyed personal inviolability and he couldn’t be subjected to coercive measures by Saudi-Arabia. Thus, putting Hariri under house arrest as well as confiscating his cell phones was a violation of his inviolability.

Finally, the case also concerns Hariri’s human rights, because the Saudi measure also affected him as a private individual. The human right to liberty contemplates the physical liberty of the person and guarantees protection against arbitrary arrest or detention. What is first questionable is whether Saudi-Arabia was bound to respect that right. Aoun referred to the Universal Declaration of Human Rights. Of course, the declaration isn’t a legally binding instrument, but the relevant right to personal freedom has attained the status of customary international law. Also, while Saudi-Arabia isn’t party to the International Covenant on Civil and Political Rights (ICCPR), it ratified the Arab Charter on Human Rights (ACHR), which recognizes the right to liberty in Article 14. Thus, the right to liberty was applicable. Secondly, it is questionable whether putting a person under house arrest constitutes a violation of that right. According to the view of the Human Rights Committee this is the case (Abbassi v. Algeria, Comm. 1172/2003, para 8.3). That is also of relevance for Saudi-Arabia as the ACHR reaffirms the provisions of the ICCPR in its preamble. Since there is no legal basis to justify the deprivation of liberty in the given situation it was arbitrary and a violation of human rights.

In the end, Hariri came back to Beirut and officially withdrew his resignation a month after he had declared it. France made a great contribution in de-escalating the dispute. According to the French newspaper Le Monde, Macron’s diplomacy has allowed Saudi-Arabia to save face. Still, although Aoun’s legal point of view is in part erroneous, Saudi-Arabia violated the principle of non-intervention, Hariri’s personal inviolability and his human right to personal liberty. Maybe this time the Lebanon escaped a new political crisis, but the situation remains tense. Living in fear of a new conflict seems to be Lebanon’s destiny – as plaything of regional powers.

Other posts about this region:
Libanon, Saudi-Arabien 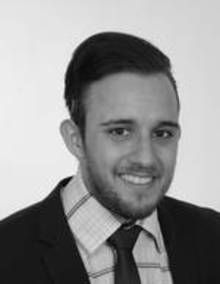 Jamal El-Zein Jamal El-Zein is a Research Fellow at the Institute for International Peace and Security Law of the University of Cologne.

Other posts about this region:
Libanon, Saudi-Arabien No Comments Join the discussion
Go to Top