Or How Nagorno-Karabakh Differs from the Crimea Case

The autumn of 2020 witnessed the biggest escalation of the decades-long Nagorno-Karabakh conflict since the war of 1992-4. The analysis of legal arguments raised by the Armenian and Azerbaijan sides, is influenced by the Crimean Referendum of 2014. Whereas in the latter case, the majority of the UN members condemned Russian acts, now the international community seems reluctant to take a stance, calling for a mutual ceasefire instead. Does the difference in international response display inconsistency of state practice and the prevalence of Realpolitik over the rule of international law? This contribution suggests that the incongruity is due to two different doctrines informing the scope of a right to self-determination. As a result, the normative framework is heterogeneous, and states are prompted to respond boldly if a self-determination claim does not survive requirements of at least one of the two doctrines.

The obscure right to self-determination

Different views on the limits of the right to self-determination are informed by the respective Lenin and Wilson doctrines. In 1914, Lenin published an article ‘About the Right of Self-Determination of the Nations’. He proposed an unlimited right of ‘oppressed’ peoples to secede from their ‘oppressive nations’, and that they can receive support from third states when they exercise their right. The Lenin doctrine shaped the history of statehood as we know it. Anchored in the constitutions of the Eastern Bloc states, this ideology guided their understanding of international law principles. Later it determined which arguments were proposed in support of self-determination claims.

The West, by contrast, was introduced to Wilson’s Fourteen Points. It embedded an idea of self-determination as ‘the freest opportunity to autonomous development’ that takes place inside the state by gaining cultural and language autonomy. According to Wilson, the right to secede can be exercised only as a last resort if human rights are gravely violated, and it is impossible to reach peace with a central government. The pursuit of self-determination could only be assisted by the League of Nations or a neutral state.

The practice of self-determination claims and reactions to such claims have thus been uneven. After consistent application of the right by former colonies in Africa, uniformity ended. Bangladesh successfully declared independence in 1971, while the Kurds failed in 2005. Kosovo is recognised by 98 UN Members, whereas Abkhazia and South Ossetia only by 6. The number of secessionist movements has multiplied since 1915, owing largely to the collapse of the USSR and the domino effect it caused in the Socialist Bloc. But the trend did not end there and then: Between 2010 and 2017 the number of independence referendums almost reached that of the peak of decolonization (1960-1970). And so it continues with states that have gained independence recently – like Ukraine and Azerbaijan – being split into further parts by secessionist movements.

How would the difference in the two doctrines affect the legal analysis of the Nagorno-Karabakh case? Embodying Lenin’s view, the people of Nagorno-Karabakh expressed their will: first, by a request in 1988 to become a part of the Armenian SSR (which was denied by the Politburo), and then in 1991 by the proclamation of Nagorno-Karabkh as a USSR Republic, reserving the right to determine its legal status. In a subsequent referendum Nagorno-Karabakh sought to be an independent state that was proclaimed in 1992. The second expression of self-determination was not inhibited by the central Soviet power: in 1990, the soon-to-be-dissolved Union had adopted a USSR Secession Act, allowing for autonomous republics – such as Nagorno-Karabakh – to independently decide on their legal status. This decision could also be made by an ethnic minority, living compactly and separately in small territory, where it formed a majority. A procedure to exercise the right was prescribed, but in Nagorno-Karabakh it was not followed.

A precondition for self-determination is ‘a free and genuine expression of the will of the peoples’. While this suggests that a referendum is not precluded per se, in the Western Sahara case, the ICJ left the decision whether the referendum was an appropriate means of expression of that will to the UN General Assembly. In the Nagorno-Karabakh case, the perception of the referendum as a free and genuine expression of the will is dimmed by the Azeri population of the region not participating and Armenian military troops being stationed in Nagorno-Karabakh. The last point is especially pertinent in the light of the ECtHR’s Chiragov judgment finding that Armenia’s influence over Nagorno-Karabakh has been decisive since the early days of the conflict and that Armenia exercises effective control over it.

Wilson’s doctrine is more receptive to interests of territorial integrity, as defended by Azerbaijan. From the Azeri point of view, when the USSR dissolved in 1991, Nagorno-Karabakh was part of Azerbaijan territory, the integrity of which was confirmed by Armenia in the Alma-Ata Declaration 1991 and the Charter of the Commonwealth of Independent States 1993 (CIS Charter). While Nagorno-Karabakh was not party to these instruments, it is not per se precluded from making claims about its legal status. However, in case of Armenia this might be different: by not recognising the independence of Nagorno-Karabakh, rejecting effective control over it, and having recognised the territorial integrity of Azerbaijan, it runs the risk of being estopped from claims on Nagorno-Karabakh.

Both the Alma-Ata Declaration and the CIS Charter incorporated the uti possidetis principle – ‘as you possess, thus you may possess’. If Nagorno-Karabakh was part of Azerbaijan at the moment the latter declared independence, it constitutes part of its territory. The Azerbaijan Republic declared independence in August 1991. By that time the Armenian SSR adopted the Resolution ‘On Reunification of the Armenian SSR and Nagorno-Karabakh’, which the Presidium of the USSR Supreme Soviet found unconstitutional. The self-proclamation of Nagorno-Karabakh in September 1991 as not being subjected to Azerbaijan control was essentially ignored. Again, this claim could have been rooted in the 1990 USSR Succession Act, but the referendum required by that Act was yet to take place in December, and even the ‘free and genuine expression of the will’ that resulted from it is disputed.

The rub in Wilson’s doctrine lies in whether the autonomy of peoples can be exercised within a state, and whether secession represents the only way to secure peace. In November 1991, right before the USSR collapsed, Azerbaijan authorities abolished the autonomous status of Nagorno-Karabakh, seeking to secure its unity with the rest of the state. Moreover, it has been argued that before 1989 the Armenian people were oppressed in Nagorno-Karabakh. Does this justify the self-determination claim? Resort to secession can be triggered when the right to internal self-determination is continuously denied, and human rights violations are systematic and serious. Before November 1991, Nagorno-Karabakh was an autonomous republic, and the Azerbaijan report to the UN in 2008 admits the right of the Nagorno-Karabakh people to internal self-determination. Moreover, one may pose the question: would a war constitute an ultima ratio if Armenia were not involved? Contrary to Lenin’s view, Wilson’s doctrine does not justify such action.

Finally, where does the legal analysis bring us, if we compare Nagorno-Karabakh to another conflict between the post-Soviet states, namely that between Russia and Ukraine? Armenia and Nagorno-Karabakh recognise the Crimean referendum as a realisation of the peoples’ right to self-determination. Ukraine and the majority of states insist on territorial integrity. Both Nagorno-Karabakh and Crimea were once autonomous regions of the USSR Republics. In both cases, territorial claims are rooted in Soviet law, and the results of referendums are disputed, because of non-participation of a part of the population and because of the presence of foreign military troops. Arguments of uti possidetis are advocated against claims of historic affiliation, marked by irredentist beliefs. The case of Crimea is yet more straightforward: in the 1990s Crimea did not follow the examples of Nagorno-Karabakh, Abkhazia or Chechnya and chose to stay within Ukrainian borders. The autonomous status of Crimea has been preserved and there are no records of systematic or serious human rights violations by Ukraine in recent times. In contrast to the more abstract Alma-Ata declaration, Ukraine and Russia adopted a bilateral agreement with an enclosed map, specifying the borders between them, thereby confirming the borders of the respective Soviet republics. Finally, contrary to Armenia not admitting to its military presence, Russia officially confirmed its troops ‘ensuring people’s safety and security and a comfortable environment to express their will’ during the referendum. Rather than reacting to a freely expressed genuine will, the Russian President stated that ‘returning Crimea’ was planned in advance. This leaves us with easier conclusions in case of Crimea as compared to Nagorno-Karabakh. However, it rings alarm bells, that a ‘wait and watch’ strategy may fail and the lack of a clear position on self-determination in positive law costs lives.

Other posts about this region:
Armenia, Azerbaijan 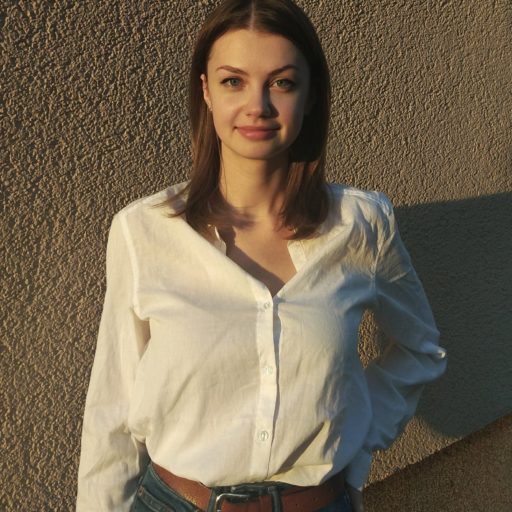 Polina Kulish Polina Kulish is a PhD candidate at the Friedrich Schiller University of Jena. She works as a Research Assistant at the Chair for International law in Jena, and as a freelance legal consultant. 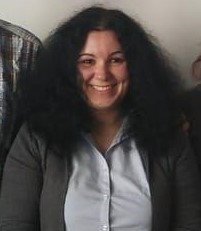 Kristina Lier Dr. des. Kristina Lier defended her PhD thesis on the right to self-determination at the Friedrich Schiller University of Jena, and works as a freelance legal consultant.

Other posts about this region:
Armenia, Azerbaijan No Comments Join the discussion
pixel_not_set
Go to Top