Lockdown Fatigue: Pandemic from the Perspective of Nudge Theory

Some governments have responded to the COVID-19 pandemic by developing policies based on ideas from behavioural psychology, especially ‘nudge theory’. But the pandemic has highlighted two important failings of ‘nudging’ – its libertarian opposition to state intervention; and its lack of any theory of psychological interiority.

First popularised by Harvard law professor Cass Sunstein and University of Chicago behavioural economist Richard Thaler, nudge theory has been credited for many policies that are common-sensical – positioning hand sanitisers in prominent locations in receptions of buildings accompanied by colourful signage will increase usage; citizens should be advised to sing happy birthday while washing their hands as this will ensure their handwashing lasts for the recommended duration; tissues might be placed within easy reach of office workers to discourage unprotected face touching; etc.

However, other recommendations have highlighted problematic assumptions about relations between individuals, law and the state relied upon by nudge theory. Perhaps the most notable of these examples was seen in the UK in March when David Halpern, head of the cabinet office-affiliated Behavioural Insights Team (aka the Nudge Unit) and member of the Scientific Advisory Group for Emergencies guiding the UK government’s response to the pandemic, advocated permitting the virus to spread to achieve ‘herd immunity’. His argument was premised on the idea that over time individuals would ‘fatigue’ of quarantine measures imposed by the state, and thereafter contravene them. From this perspective a population could only be relied upon to adhere to legally instituted quarantine restrictions for a short period of time, reducing the value of such a policy. Many other behavioural scientists questioned this suggestion. The UK government in any case soon changed position and introduced strict curtailments on movement and social interaction.

My purpose here is not to engage in this conversation about whether or not people will in fact behave as Halpern or his critics predict, but to examine what this invocation of the concept of fatigue can tell us about nudging, and about the paradigm of behavioural psychology on which it is based. This paradigm is widely used in public policy formation today, and I suggest its application to our current pandemic situation has brought unconvincing premises it employs about how individuals relate to the state and law into particularly sharp relief.

The idea that individuals will fatigue of, and thereafter choose not to adhere to restrictions placed upon them by the state, is an outcome that typifies the understanding of human motivation employed by Sunstein and Thaler in their influential 2008 book, Nudge: Improving Decisions about Health, Wealth, and Happiness. Sunstein and Thaler framed Nudge as an effort to modify a model of motivation prevalent in the discipline of economics. That model viewed individuals as always seeking to maximize their expected utility, rationally appraising costs and benefits accruing to all decisions, and as largely doing this effectively. Sunstein and Thaler followed work in behavioural psychology, drawing heavily on the ‘prospect theory’ of Daniel Kahneman and Amos Tversky, which had at its core the same effort to emend this economic model of human nature, which Kahneman and Tversky had thought was dominant in 1970s social science.

Employing much of Kahneman and Tversky’s earlier research, in Nudge Sunstein and Thaler present examples intended to demonstrate that a radically individualist and economistic theory of how people make decisions would not hold true on every occasion. For Sunstein and Thaler, phenomena like conformity to tradition, social pressure or a status quo represent departures from the utility theory of motivation and are catalogued as such. They are treated as intriguing aberrations, departures from an economic model of social life that remains intact as a strong ideal.

No theory of how these different species of motivation come about is offered. In this sense the behavioural psychology of which nudging is a product does not offer any theory of psychological interiority. On the contrary, it concludes that such interiority is largely inscrutable, necessitating our understanding of human motivation, preferences and decisions rest on observable and ideally measurable manifestations in our actions, utterances or bodies. In the hands of Kahneman, Tversky, Sunstein and Thaler, to the extent behavioural psychology modifies the radically economistic view of human motivation they take as their foil, it does so by identifying deviations from economic rationality that are themselves relatively predictable and hence generally correctable.

Sunstein and Thaler’s project is to identify these deviations from the rational cost-benefit reasoning that would actually allow people to identify their best interests, and design interventions that nudge them away from these ‘shortcuts’, these moments of ‘mindlessness’ and failures of ‘self-control’, and back towards the rational analysis of expected utility. The result is what Sunstein and Thaler call ‘libertarian paternalism’ – a strongly libertarian political theory premised on the importance of freedom of choice, with some emendations concerning the diversity of motivations that might draw individuals away from the properly rational analysis of those choices.

Cognisant of these origins and viewing nudge theory in the context of our current pandemic situation, we can make two observations about the assumptions it employs about relations between individuals, law and the state.

First, a state-imposed lockdown falls far beyond the level of intervention nudging is intended to facilitate. As a species of libertarianism, nudging is primarily a project of minimising state intervention. Sunstein and Thaler conceive of their policymaking ‘choice architects’ as engineering the contexts in which individuals choose, but always deferring to those individuals’ right to choose. To many this may have seemed an attractive project in a past moment when minimising the state and extending markets and the private sector was fashionable – a ‘real Third Way’ as Sunstein and Thaler characterised their political vision in Nudge. In a review of Sunstein’s recent work, Yale professor of law and history Samuel Moyn has highlighted these politics, criticising Sunstein’s continued focus on self-imposed obstacles to individuals’ needs and fulfilments while ignoring structural oppression and private power.

If problems with this politics of minimal government intervention were already apparent, they are even more so now, as the COVID-19 pandemic has urgently required state planning and expenditure on a massive scale. It is important people use hand sanitiser and wash their hands rigorously, or touch their face with tissues, and any advice as to how to encourage these practises is to be welcomed. But nudging is an approach to public policy formation designed to work against the kinds of intervention and deployment of state resources demanded by a pandemic.

Second, nudging encounters problems as a consequence of having no theory of psychological interiority, of how motivations form. Given the levels of enforcement that might be thought permissible in a liberal political order, the successful execution of a state-imposed lockdown depends on self-control being exercised by individuals. Purporting as it does to demonstrate that a central feature of individual decision making is the absence of self-control, it is unsurprising that from the perspective of nudge theory a lockdown would seem unachievable because people would grow fatigued with restrictions they were asked to observe. Predicting a lack of self-control however, or that people will act mindlessly or take mental shortcuts, is insufficient as an explanation of human motivation.

Nudge theory observes that conformity to tradition, social pressure or a feeling of solidarity will motivate people to do or not do certain things, but it cannot provide a theory of why these phenomena motivate. Without such a theory, we can do no more than speculate about how and when tradition, social pressure or solidarity might be most effectively relied upon to achieve collective goals. Others have noted this failing of nudge theory before, but it is precisely in a crisis situation like the current pandemic, when we are moved by complex and competing motives – perhaps simultaneously feeling solidarity within a community; concern for a vulnerable loved one; and social pressure to ignore or observe restrictions – that it matters most our public policy be supported by thick understandings of why these motives form and how they operate upon us. 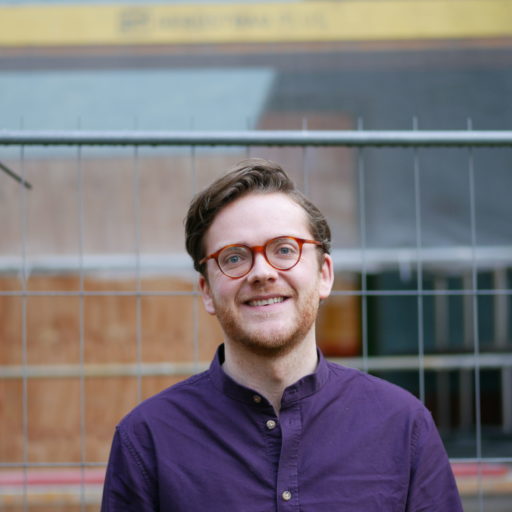