I. From national to multilevel constitutionalism?

In Europe, the demands by EU citizens for regional and global PGs transformed national 4-stage constitutionalism into multilevel constitutionalism by ‘constitutionalizing’ (5) international law, (6) multilevel governance institutions, (7) communitarian domestic law effects of EU rules (like legal primacy, direct effects and direct applicability by citizens) and (8) domestic implementation of EU law inside member states protecting PGs across national borders. The emergence of ‘illiberal’ EU member states (eg in Hungary and Poland) illustrates why the ‘normative pull’ of human rights depends on their ‘normative push’, ie their effective legal implementation through constitutional law, democratic legislation, administration and adjudication, international treaties, multilevel governance institutions, ‘secondary law’ of international institutions (like the jurisprudence of European economic and human rights courts) and its domestic, legal implementation. The limitation of EU membership to constitutional democracies – and the democratic, regulatory and judicial EU institutions – promoted citizen-driven enforcement of EU law through multilevel, judicial protection of constitutional guarantees of civil, political, economic and social rights and common market freedoms (like free movements of goods, services, persons, capital and related payments, freedom of profession) across national borders, which the more than 450 million EU citizens never enjoyed before the creation of the European community. The Lisbon Treaty’s commitment (eg in Arts 3, 21 TEU) to protecting human rights and rule-of-law also in the EU’s external relations contributed to worldwide recognition of multilevel judicial protection of rule-of-law beyond the EU in trade and investment agreements (eg through compulsory WTO and investment adjudication).

Articles 2 and 8 ECHR prompted ever more courts to protect human rights to life and family life against harmful environmental pollution and climate change. Some European states adjusted their national Constitutions by recognizing environmental rights or constitutional duties to protect the environment (as in Article 20a German Basic Law). According to Article 37 EUCFR, a ‘high level of environmental protection and the improvement of the quality of the environment must be integrated into the policies of the Union and ensured in accordance with the principle of sustainable development’. It was in response to democratic and parliamentary pressures that the EU’s comprehensive climate legislation – notably the European climate law approved in June 2021 and the 13 legislative EU Commission proposals published on 14 July 2021 aimed at making Europe the first carbon-neutral continent by 2050 – offered leadership for implementing the Paris Agreement on climate change mitigation.

Climate litigation increasingly acknowledges greenhouse gas (GHG) reduction obligations of governments by invoking multilevel GHG reduction commitments recognized in UN law (like the 2015 Paris Agreement on climate change mitigation) and domestic politics.2) Rights to the protection of the environment are now recognized in the laws of more than 150 states, regional treaties, and by the UN Human Rights Council (HRC).3) Environmental rights have been invoked by litigants all over the world in hundreds of judicial proceedings on protection of environmental interests. In national and European environmental litigation, courts holding governments legally accountable for climate mitigation measures increasingly refer to human rights and constitutional principles. For example, the ruling of the Dutch Supreme Court on 20 December 2019 in State of the Netherlands v Urgenda  confirmed that Articles 2 (right to life) and 8 ECHR (right to private and family life) entail legal duties of the Dutch government to reduce GHG emissions by at least 25% (compared to 1990 levels) by the end of 2020. The judgment clarified that human rights and related constitutional and environmental law guarantees (like the 1998 Aarhus Convention on access to justice in environmental matters) may be invoked by citizens in order to enforce positive obligations to take appropriate measures mitigating climate change. In the USA, by contrast, similar constitutional and human rights tend to be denied by US courts, for instance on grounds of judicial deference towards ‘political questions’ left open in the US Constitution.

Transforming national into multilevel constitutionalism remains resisted by authoritarian rulers defending their self-interests in discretionary powers without legal accountability towards citizens. The defense of democracy in Ukraine against Russia’s illegal aggression illustrates how defending rule-of-law requires ‘militant democracies’; most UN member states refuse assisting Ukraine and sanctioning Russia for its violations of the UN Charter. Similarly, many other human disasters – like health, environmental, economic, food and migration crises – can be explained in terms of unwillingness of governments to protect and implement UN human rights law and related ‘constitutional principles’ like democratic governance and rule-of-law. The rules-based order necessary for realizing the SDGs requires antagonistic, perennial struggles for justice challenging abuses of power and struggling for collective protection of the SDGs. Without such a ‘Sisyphus morality’ and stronger leadership from constitutional democracies for improving multilevel governance of global PGs, realization of the SDGs and protecting ‘human rights of all’ risk remaining a utopia. 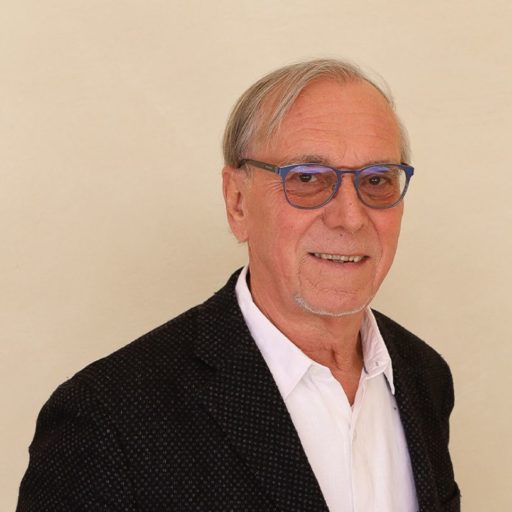