The spread of COVID-19 has been widely under control within the People’s Republic of China (PRC) for over a year. On May 25, the PRC reported 15 new COVID-19 infections. About 14 million people get vaccinated in China per day, equating to roughly two-thirds of all global shots administered. The last time someone reportedly died from or with the coronavirus in China was on May 1, 2021(the relevant data can be found here). Few would have predicted this outcome in January 2020, when hospitals in Wuhan were at the brink of collapse.

Despite originating from China, Beijing has dealt with COVID-19 as a foreign issue for over a year. Measures within the PRC remain strict and obstacles for entering remain high. While the PRC received foreign aid from at least 58 states in early 2020, it quickly became the world’s primary supplier for COVID-19 relief. When the WHO declared a pandemic on March 11, 2020, the spread of the virus was already under control in China.

Ever since Beijing has been engaging in widespread health diplomacy. China aims to promote the image of China as a “responsible great power” and of Western states (in particular the US) as powers in decline that are unable to provide solutions for complex international affairs. The pandemic has catapulted China’s ambitions to new heights. Beijing’s ‚mask diplomacy‘ and ‚vaccine diplomacy‘ rely primarily on (1) streamlined international propaganda, (2) strategic deliveries, and (3) the connection of health diplomacy with the promise of post-pandemic economic recovery.

China’s health diplomacy propaganda efforts are coordinated and follow a uniform narrative: The West has failed the developing world. The PRC is ready to take on the responsibility. The PRC provides solutions in the fight against the pandemic. The West (in particular the US and Europe) is unable to offer solutions to complex international challenges.

Beijing quickly understood the importance of optics in its health diplomacy. Chinese embassies all over the world have been tweeting daily about China’s COVID-19 relief efforts. Even small deliveries provide an opportunity for photo ops with the Health Ministers of the recipient country. President Xi Jinping’s wife, the singer and WHO special envoy Peng Liyuan, has led several online ceremonies to mark Chinese assistance. She has also personally donated protective masks to African countries.

Chinese ambassadors have been writing op-eds in newspapers of their host country, in which they promote China’s aid and bilateral cooperation during the pandemic.

At the same time, Chinese media outlets have pushed stories to raise doubts about the safety of Western vaccine candidates and Western failures to share medical equipment with other (developing) states.

There are only a few countries which did not receive COVID-19 relief from China in 2020. Aid originated from various actors in China (the Central State, Provinces, Municipalities, the People’s Liberation Army, the Chinese Communist Party, state-owned enterprises, the Jack Ma and Alibaba Foundation, and Chinese ‘NGOs’).

Donations often mirror the strategic interests of the PRC. For instance, majoritarian Muslim countries (such as Afghanistan, Egypt, Iran, Iraq, Leba­non, and Jordan) received mask donations from the Xinjiang Autonomous Region. These donations underline Beijing’s efforts to establish friendly relations with Muslim countries to avoid criticism of its human rights record (for instance, within the UN Human Rights Council). While Western democracies criticize China for its treatment of Xinjiang’s Uighur population, governments of Middle Eastern states voice few concerns (but rather praise) regarding China’s treatment of the Uighurs.

In countries where Chinese state-owned enterprises run BRI projects (for instance in Africa), donors included relevant banks, construction com­panies, and raw material companies. The telecoms company Huawei preferentially gave support to countries in which it was pursuing strategic interests in the 5G ex­pan­sion: in Europe, these included the Czech Republic, Ireland, Italy, Lithuania, the Netherlands, Poland, Romania, Serbia, and Spain.

In May 2020, at the WHO Assembly, President Xi Jinping pledged to provide vaccines as a “global public good” to the world. Yet, the majority of Chinese vaccine deliveries reflect the strategic interests of the PRC.

For instance, El Salvador (which in 2018 had switched diplomatic relations from Taiwan to the PRC) has received preferential treatment from Beijing in vaccine deliveries. It has the highest vaccination rate in Central America (as of May 25, 17.1 percent of the population have received at least one shot). Neighboring Guatemala, which has not (yet) established diplomatic relations with Mainland China, has a vaccination rate of just 2 percent (as of May 24 2021).

The PRC’s vaccination deliveries to South America have been so successful that they have triggered a political debate within Paraguay, whether to switch diplomatic relations just for vaccine access. Paraguay borders countries that have all received vaccines from China and have much higher vaccination rates.

Also, China has become the global leader in vaccine donations. Until late April 2021, it had donated around 15.1 million doses, about 56 percent of all donated doses worldwide. However, this constitutes the number of vaccines the PRC administers to its population per day. It underlines the fact that so far, merely 0.1 percent of all delivered doses have been donations. There has been a significant lack of international solidarity. It is, therefore, easy for Beijing to push the narrative that it is a “responsible great power”.

Also, Chinese donations are often tied to vaccine deals of higher quantities. For instance, Zimbabwe received 400.000 doses as donations and bought over 2.2 million doses from Sinopharm. Mongolia signed a deal over 2.3 million does and received 300.000 doses as donations. Given the comparatively high price of Chinese vaccines (between 10-40 USD per dose – in comparison, AstraZeneca’s vaccine is being sold at around 2-4 USD per dose), these donations should be considered hardly charitable.

Connecting Health Diplomacy with the promise of post-pandemic recovery

Since as early as June 2020, the Chinese leadership has utilized its network of regional ‘China+x mechanisms‘ (e.g., with countries from the ASEAN, Africa (FOCAC), Central and Eastern Europe (17+1), or the Arab League) to host conferences on combatting COVID-19. During these events, China, on the one hand, pledged priority access to Chinese vaccines. On the other hand, Beijing has promised measures for post-pandemic economic recovery.

China’s focus on emerging COVID-related economic challenges for developing states might play out to its advantage, as most Western states still primarily focus on containing the virus within their borders. This aspect of China’s health diplomacy remains the most abstract and least recognized in Europe but potentially the most impactful one from a geopolitical perspective.

For instance, Beijing has promised significant economic support, debt relief, and investments to regions of increasing geopolitical significance for China in general and within the Belt and Road Initiative in particular (e.g., Africa, Oceania, Latin America, and Southeast Asia).

China’s health diplomacy did not succeed in Europe and the US (other issues such as Xinjiang, Taiwan, Hong Kong, or sanctions against European academics and politicians dominate the China discourse). It is important to underline, however, that Western states are not the main target for China’s health diplomacy in the first place.

It is, therefore, questionable whether US President Joe Biden’s recent pledge to donate 80 million vaccine doses to developing countries will cause a significant shift of the international COVID-19 narrative. The US has not been showing a lot of international solidarity during the first 14 months of the pandemic. In particular, the Trump administration produced several negative headlines (e.g., seizing 20 ventilators bound to Barbados). The US and European states would need to engage in widespread strategic and coordinated aid efforts to catch up.

In Germany and Europe, the geopolitical implications of the pandemic would first need to be recognized. Specific Euro­pean proposals for third countries for the post-pandemic period would be necessary. In parallel with more commitment at the multilateral level (within COVAX), other options include strengthening bilateral initiatives (e.g., via regional EU+x formats) and coordination with like-minded states within the G-7. 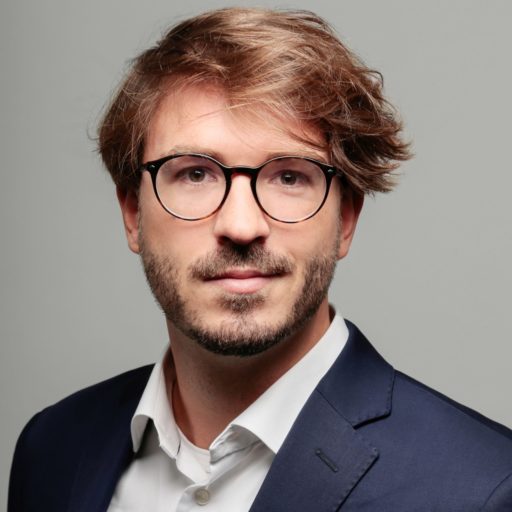 Moritz Rudolf Dr. Moritz Rudolf is an Associate at the German Institute for International and Security Affairs (SWP). He is a lawyer and China Expert.

Other posts about this region:
China No Comments Join the discussion
to receive information about new articles and services of Verfassungsblog.de. I know that I may withdraw my consent at any time. More information in the privacy policy.
Verfassungsblog complies with the new GDPR.
Read about it in our Privacy Policy. I opt-out
permanently of anonymized tracking via Google Analytics on Verfasssungsblog.de. This will create a cookie on your device to save your decision.
Nach oben