Mexico as an example of Gender Parity in Parliaments?

Recently the constitutional court of the German state of Thuringia took its first decision (6/3) on a parity law in that state which required political parties to alternate on their party lists for state elections between male and female candidates and declared that law was unconstitutional. This ruling is not the “last word” on the topic yet, but it is a worrisome precedent for substantial gender equality in that country.

Disputes about the meaning of equality and democracy are as long as democracy and constitutionalism itself, but the development of the debate has become more interesting and sophisticated because of the consideration of the context where these institutions operate.

Considerations of the necessity of material conditions for the exercise of civil, social, or political rights are hardly rejected, and similar considerations about existent structural conditions for equality or democracy have been developed in human rights jurisprudence. Such developments have shown that formal equality or minimal democracy is not enough to fulfill the values these institutions stand for. As Anne Phillips (The politics of presence, OUP, 1998) explains, the core of the argument for the presence of women in politics lies in a historically specific analysis of existing structures of power and exclusion, and existing arrangements of representation. In this sense, it is impossible to think of equality as a “simple univocal principle” (as Charles Beitz does) that must apply regardless of historical context. If justice requires us to eliminate discrimination, and underrepresentation of women in politics shows that women are still victims of structural discrimination, then, there is no argument from justice, nor from equality, that can defend the current state of affairs (A. Phillips 65).

The problems start when the recognition of these conditions became a demand for institutional changes. It is in those circumstances when abstract and blind criteria come to sustain the status quo.

I would like to participate in the debate on gender parity in Parliaments with the experience of Mexico. Mexico for the first time in its history has 48,2% of women in the Deputies Chamber and 49,2% in the Senate. These numbers have allowed the country to improve its position in the global gender gap index (World Economic Forum) where Germany is the 10th in the top ten of the more equal countries. But of course, political parity is only the beginning of real equality. According to the Human Development Report (2018), Mexico ranks 76 in the gender development index compared with the 4th position for Germany.

The Way towards Parity

The parity achieved in the Mexican Congress was the result of successive legislative and constitutional reforms which were supported by the Supreme Court of Justice. The last of these constitutional reforms was passed in June 2019 establishing parity for the three branches of government, but the parity requirement for the nomination of candidates for parliaments was introduced by a constitutional amendment in February 2014. The constitutionalization of the parity principle didn’t avoid the discussion about its implementation because it was debated whether parity should only apply to candidatures or to the actual distribution of seats in relevant bodies. The Unconstitutionality Action (AI) 45/2014 discussed the scope and limits of parity for the Assembly of the Federal District (current City of Mexico).

This case was presented to the Supreme Court in abstract review by two political parties arguing that the Electoral Code of the Federal District that required political parties to alternate on their party lists between male and female candidates for proportional representation was unconstitutional.

Article 292 of the Electoral Code established two provisional lists for the election of deputies by proportional representation. On the one hand, list “A” was made by 13 candidates (with their same gender substitutes) alternating by gender. On the other hand, list “B” was made by those candidates that did not win the relative majority election in the district. List “B” should also alternate among gender formulas notwithstanding the number of votes received in the majority election. So, the first place of list “B” was for the candidate that did not win the majority election but received the highest number of votes. The second place was for the formula of the other gender with the highest number of votes, disregarding the votes obtained by any other candidate of the same gender that occupies the first place. Furthermore, article 293 of the Electoral Code mandates that once the lists “A” and “B” are made up, candidates should alternate.

Both political parties argued that the construction of list “B” violated the right to equality and the right to vote and to run as a candidate because the second place of the list was allocated by gender and not by the number of votes obtained in the election. Moreover, one of the political parties argued that article 292 of the Electoral Code exceeded the constitutional principle that required parity in the nomination of candidates but not in the final accommodation.

In September 2014 the Supreme Court declared article 292 constitutional. To begin with, the Supreme Court distinguished between formal and substantive equality. For the Court, the parity principle is an example of substantive equality. Substantive equality requires affirmative actions that make real equality of opportunity for vulnerable groups. The Court quoted official data of the National Institute of Geography and Statistics (INEGI) to show how there is structural discrimination against women in Mexico. According to this official data in 2013, only 33.6% of the Senators and 36.8% of deputies were women. Furthermore, in support of affirmative actions the Court refers to article 7 of the Convention on the Elimination of All Forms of Discrimination against Women (CEDAW) and General Recommendations 23 and 25 of the Committee on the Elimination of Discrimination Against Women. The Court concluded that the parity principle does not only encompass parity requirement for candidate lists, but requires parity in the concrete body in question. Moreover, as a constitutional principle parity is a measure whose objective is to realize equality in electoral arena, overcoming previous legal attempts that increased the candidatures of women but not their effective presence. The underlying understanding is that parity is a requisite for democratic governance.

The Court argued that there was no violation of the right to vote and to be voted because the candidates that lose the election and made up the list “B” did not have any right to be accommodated in a fixed place. Moreover, the purpose of proportional representation is to give minorities a voice in representative institutions to guarantee plurality in deliberative organs. According to the Court in systems with proportional representation people do not vote for candidates, but rather vote for political parties and their programs. For these reasons, the Court concluded that article 292 was constitutional.

It is possible to perceive a tension between the constitutional protection of women’s presence in legislatures and the recognition of the representation of ideas or party programs. But even if women’s presence does not guarantee the representation of women’s interests (if it is possible to identify something as such), it has made a major impact on constitutional and legal reforms in Mexico. Together with the effervescence of social mobilization and a progressive agenda of the Supreme Court, it is possible to see real progress in gender equality, not only in the political arena but also in criminal law, family law, civil law and labor conditions recognition.

Parity in the Judiciary

Nowadays we are focused on parity on the judicial branch. The last constitutional reform of June 2019 established parity for all the three branches, including Judicial Power. Consistent with this and not without resistance, the last contest for federal judges was called exclusively for women. I agree and celebrate this call exclusively for women which tried to compensate for the historical underrepresentation of women in the higher ranks of that branch. However, parity is not established for Justices of the Supreme Court and I think this must be the discussion now. In fact, in the case of Thuringia, the composition of the Court of 7 men and 2 women shows us how important it is to discuss parity for judicial organs. In Thuringia, the 2 women and only one man voted for the constitutionality of the parity legal measure. Equality is a contested concept; judges have autonomy in their interpretations which is why it matters who those judges are. 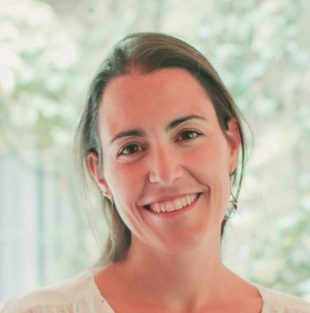 Shreya Tewari Micaela Alterio is an Associate Professor of constitutional law and human rights at ITAM. She is Level 1 of the National Researchers System of Mexico (CONACYT) and Co-president of ICON-S Mexican Chapter