As of April 5th, the Federal Health Ministry reported 2,143 confirmed cases of COVID-19 in Mexico. International experience suggests that the country is at the cusp of confronting the full effects of the COVID-19 pandemic. This post provides a description of the constitutional and statutory regulation of emergency powers and a brief commentary on the government’s actions thus far. It starts by offering an account of the constitutional provision of emergency powers, noting from the outset a disinclination to the prospect or desirability of their application. Then, it describes the emergency powers to confront a health crisis contained in statutory form. Finally, it evaluates the government’s response to the pandemic.

Article 29 of the Mexican Constitution provides for the possibility of suspending rights in the cases of ‘invasion, grave breach of the peace, or any other which puts society in grave danger or conflict’. In 2011, the extent of these emergency powers, as well as the oversight regarding their use, were overhauled in the context of a major rights reform. The exercise of these powers is in the hands of the President, but their establishment is subject to approval by the Federal Legislature or, if the Federal Legislature is in recess, by the Permanent Commission (a body made up of 37 legislators from both chambers of the Federal Legislature, which only exists during its biannual recesses and to which the Constitution grants only a limited number of powers, one of which is calling the Federal Legislature to an extraordinary session). Only the Federal Legislature, however, can grant the President any extraordinary legislative powers. The Presidential decree ordering the suspension must be limited in its duration and the Federal Legislature is given final authority to revoke it at any point before its expiration. The exercise of these powers must be proportionate, and their use is subject to automatic review by the Supreme Court. Moreover, the Constitution enlists a considerable number of rights, along with the institutional guarantees for their protection, that are not susceptible to being suspended. This list closely resembles the one contained in Article 27.2 of the American Convention on Human Rights.

The constitutional provision concerning emergency powers, therefore, calls for the intervention of both the legislative and judicial branches. In addition, these political and legal safeguards cannot be overridden or side-lined by the executive by, for example, suspending their operation. In this regard, Article 65 of the Constitution establishes a parliamentary calendar composed of biannual ordinary sessions and Article 67 allows for the holding of extraordinary sessions at the behest of the Permanent Commission. For its part, the operation of the federal judiciary (with the exception of the Supreme Court) is determined by the Federal Judicial Council (an independent administrative body composed of 7 members and headed by the President of the Supreme Court). On March 17th, in light of the COVID-19 threat, the Federal Judicial Council temporarily suspended the operation of all federal tribunals with the exception of those that are required in order to deal with urgent matters. The Supreme Court, for its part, has also decided to temporarily suspend its activities save for urgent matters which may call for the issuing of temporary injunctions.

Despite the presence of these emergency powers since the Constitution’s inception in 1917 (albeit in a decidedly different form) and notwithstanding the multiple situations in which the conditions for their use have arguably been met (suffice it to recall the tragic and enduring sequels associated with the so-called ‘war on drugs’), they have only been triggered once, in 1942, as a result of Mexico’s participation in World War II. The lack of appetite for suspending rights by invoking the emergency powers contained in Article 29 of the Constitution seems to apply also to the COVID-19 crisis, as there has been no indication from the government that it intends to pursue this alternative. More likely, the relevant legal grounding of the government’s actions for the foreseeable future will continue to be the ‘extraordinary actions’ contained in the National Health Law (Ley General de Salud).

The constitutional basis for governmental action concerning health-related contingencies is found in Article 4 of the Constitution, which recognises the right to the protection of health and designates it as a shared matter, with the exact scheme of power-sharing between the federation and the federal entities determined by the National Health Law enacted by the Federal Legislature. This constitutional arrangement is further complicated by Article 73.XVI.1a which creates a National Health Council subordinate only to the President and empowered to enact ‘regulations’ for the entire country and Article 73.XVI.2a which allows the Federal Ministry of Health to take all ‘preventative measures’ in the case of ‘grave pandemics’. Regarding the nature of these regulations and measures, the Second Chamber of the Supreme Court has determined that they are hierarchically inferior to statutes. As for the precise relationship between these two bodies, in the context of a sanitary emergency Article 13.A.V of the National Health Law centralizes all executive authority in the hands of the Federal Ministry of Health. Nevertheless, on March 23rd and 30th, the National Health Council issued proclamations declaring COVID-19 a ‘grave disease requiring preferential attention’ and a ‘sanitary emergency by virtue of force majeure’, respectively.

The essence of the government’s response to the COVID-19 challenge is found in the decrees of March 24th, 27th, 31st and April 3rd issued by the Federal Ministry of Health. Several of the measures contained in these decrees, such as the temporary suspension of all educational activities and the ban on large public gatherings, have the purpose of promoting social distancing to contain the spread of the disease. It is important to note, however, that no lockdown or curfew has been set: people are only encouraged but not mandated to stay indoors. However, all activities considered to be non-essential, as defined by the decree, have been suspended until April 30th. What this suspension entails for employment relations has become a matter of some controversy, which I consider briefly below. The decrees also include very broad authorisations for the Federal Ministry of Health to: make use of all medical resources, regardless of their public or private character; buy and import all goods and services without observing the ordinary procedures, and; avoid price increases and hoarding of essential goods and services. These measures are grounded in Article 184 of the National Health Law which, in addition, allows the Federal Ministry of Health to: order executive authorities at every level of government and all medical professionals to undertake all measures deemed necessary: enact regulations concerning the gathering and movement of the population; regulate land, maritime, and air traffic, and; use all forms of communication freely and preferentially.

These sweeping measures are, of course, subject to judicial review by the federal judiciary, with the expected approach concerning the restriction of fundamental rights falling squarely within the paradigm that Kai Möller has termed ‘the global model of constitutional rights’. Over the last 15 years, proportionality analysis has gradually become a common feature of Mexican jurisprudence. Disputes arising from the distribution of competences would fall within the remit of the Supreme Court under a process known as a ‘constitutional controversy’ (controversia constitucional). Already, for example, there is some disagreement brewing between the authorities of the state of Jalisco and the federal authorities regarding the authorisations required to import rapid test-kits. The Federal Legislature, for its part, could also choose to limit the extent of these measures or to redefine the power-sharing scheme by amending the authorising statute.

Evaluation of the Government’s Response

Mexico’s statutory emergency framework, then, seems to provide the authorities with enough leeway to accomplish all necessary public health objectives efficiently, while at the same time maintaining the ordinary institutional safeguards. It is hard to think of any benefit that could arise from appealing to the constitutional emergency provisions. It remains to be seen, however, what use the executive authorities actually make of these prerogatives. The actions undertaken by the Mexican government have been sluggish and reluctant (considering the knowledge gained from the current situation in other countries where the spread of the disease is in a more advanced stage), leading to uncoordinated actions taken at the state and local levels, such as banning the sale of alcohol and instituting curfews. Moreover, the President’s attitude to the imminent crisis can best be described as indifferent: on March 18th, for example, he described the religious images he carries in his wallet as his ‘protective shields’ and, then, on March 22nd he encouraged the population to go out and behave as they normally would. In a more cynical tone, on April 2nd he described the situation (roughly translated) as ‘a blessing in disguise’ (‘como anillo al dedo’). Finally, in an hour-long address to the nation on April 5th, he touted the social programmes which have become emblematic of his administration but failed to provide any clarity over the implementation of measures aimed directly at lessening the economic impact of the pandemic. On a more positive note, on April 7th the government announced it had hired 3,000 medical professionals with the view of increasing the number in the coming weeks.

Perhaps the government’s business-as-usual attitude can best be captured by its interpretation regarding the effects of its decrees over employment relations. In the government’s view, declaring COVID-19 a “sanitary emergency by virtue of force majeure” does not entail any modification of the rights of employers and employees. This view defies any good-faith attempt to interpret Articles 427.VII and 429.IV of the Federal Labour Law (Ley Federal del Trabajo) which provide, respectively, for the temporary suspension of all labour relations ‘in cases of sanitary contingency declared by the competent health authorities’ and fix the compensation for employees at the minimum wage for a maximum period of one month (slightly under 5€ a day, having increased considerably over the past couple of years). In practice, this means that most employees would suffer a sharp reduction in their income. These provisions were incorporated into the law in 2012 as a direct response to the 2009 AH1N1 epidemic, as is evident from the parliamentary record. Political disagreement with the fact that these provisions mean that employees must bear the brunt of the burden arising from a situation such as the current one is not a good reason to misinterpret the law. Rather, it presents the government with an excellent opportunity to propose the law’s amendment so that it aligns with their avowed political commitments, especially given the comfortable majorities that the ‘leftist’ ruling party currently enjoys in both chambers of the Federal Legislature.

Contrary to the situation in other countries where the main concern regarding emergency powers is their potential for abuse, for the time being at least, the more immediate fear in Mexico is that a reluctance to respond decidedly to the pandemic will only exacerbate the decay of the social fabric. Fortunately, any further restrictions to civil liberties seem to be off the table. But what is most concerning is the apparent lack of political will to put into place any significant actions aimed at curbing the worst effects of this crisis, such as those economic and fiscal measures implemented in other countries. The government’s pursuit of its ‘republican austerity’ policy seems particularly ill-advised in light of present circumstances. Staying home for the foreseeable future is not a viable alternative for the millions of persons who rely on their daily income for subsistence, especially for those engaged in informal economic activities. But neither is requiring them to go on as usual if it means endangering their health. The advent of an economic crisis leading to higher unemployment rates without adequate state support could force many individuals to turn to the criminal enterprises that are responsible for most of the human rights abuses that continue to plague the country. It is too early to tell if Mexico will manage to weather the storm that is predicted to occur, but being ill-prepared to face the challenge could prove disastrous. 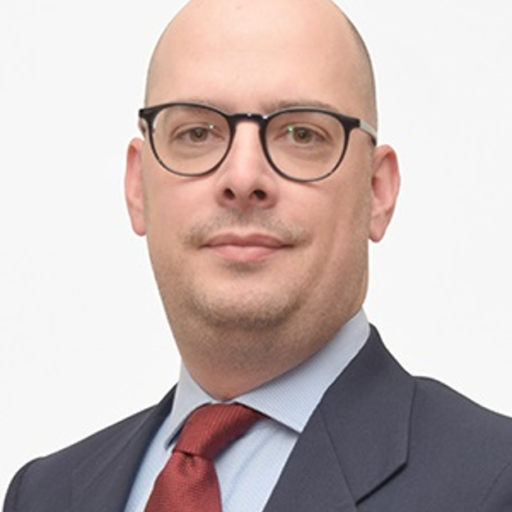