Migrant Workers’ Safety Concerns Should be a Pandemic Priority

The Hensgens family’s asparagus farm in the German district of Heinsberg made headlines on Deutsche Welle a couple of weeks ago. The Hensgens employ up to 150 people yearly on their farm, mostly Eastern European workers, specifically Romanians. In the news story, the Hensgens are portrayed as martyrs for having to face another difficult harvest season during the pandemic. As Heinsberg was a coronavirus hotspot last year, the Hensgens’ family business was deeply affected: some workers suddenly left as they were too afraid to work, and the family had to spend around 10,000 euros to purchase tickets for charter flights to bring new workers in. The Hensgens had to go through a lot to farm their 250 hectares of land.

Yet, it is not farmer families like the Hensgens who are the vulnerable party here. In the second year of the pandemic, migrant workers continue to work under precarious conditions, exacerbated by the additional risks associated with Covid-19. Social security assistance in Germany, including health care provisions, requires a minimum of 70 working days before employers are required to contribute. During last year’s agricultural season, the German government raised this minimum to 115 days. This made healthcare the responsibility of one’s country of citizenship, not of one’s employer. Infected workers could thus be sent back to their home countries for treatment and both healthcare costs and the subsequent risks of spreading infection were relegated to sending countries. This year, in April 2021, the German farming industry has successfully pressured the government to re-extend this provision to 102 days.  Despite warnings from the Green and the Leftist parties as well as from the German Union Association that this regulation is an abuse of existing law and would leave many Eastern European workers without a health insurance, the German government approved the change on April 22.

Pictures of seasonal workers crowded together at a provincial airport in northern Romania, regardless of social distancing rules, made the rounds on the internet a year ago, at the start of the COVID-19 pandemic. Workers were all on their way to Germany to work on asparagus farms. Journalists, activists and migration scholars had called attention to the treatment that workers coming from poorer Eastern European nations were subjected to in the West. With no welfare provisions, the Romanian workforce is nothing more than a ‘dehumanised labour supply’, as Costi Rogozanu and Daniela Gabor argued, whose sole role is to satisfy the needs of German farms: they are cheap and highly productive, hence profitable. The numerous issues of exploitation faced by Romanian workers have been thoroughly documented: low wages (below the legal minimum of 9.35 euros per hour), irregular salary deductions to cover accommodation costs well above market prices, lack of health insurance, and poor living conditions, such as a dozen workers staying in a single home and sharing a single bathroom and kitchen facilities – conditions that will only exacerbate inequalities and exposure to the virus during a pandemic, since overcrowded housing conditions make social distancing impossible.

The migrant worker story repeats itself with little variation across global divides. Think of the Bangladeshi and Indian workers in Singapore on construction and manufacturing sites and the COVID outbreaks in their dormitories; the El Salvadoran workers in the US at the meat plant in Sioux Falls, South Dakota that became a coronavirus hotspot in 2020; or the outbreaks at farms and meat-packing plants in Canada relying on Mexican and Guatemalan migrant labour.

From the outset of the pandemic, governments closed borders for domestic subjects. Yet foreign bodies continue to cross them. While national boundaries are firm in preventing non-residents from accessing social protection systems such as welfare provisions, decent pay, and livable housing conditions, they became malleable when needed to benefit Western domestic economies. This is a global story that unfolds across and within national borders, one in which profits prevail over concerns about the health and safety of migrant workers. More than a year into a once-in-a-century pandemic, the right of farms and meat processing plants in the West to continue to operate productively is more important than the safety of Eastern Europeans workers who risk getting infected.

It is tempting to take pity on the Hensgens for having to jump through hoops to put food on the nation’s table during a pandemic, for having to pay out of their pocket to fly workers in, all while having to manage the imposition of health and safety guidelines that are not necessarily conducive to fast profits. But the actual injured party here are not the Hensgens.

Recent research assessing the occupational and living conditions of Mexican migrants working on the farms and fish plants of Atlantic Canada has found these to have worsened during the pandemic. There has been little to no change in housing conditions during the COVID-19 pandemic and workers’ accommodations continue to be overcrowded, expensive and inadequate – despite the fact that COVID protocols regarding hygiene measures and the use of personal protective equipment were stringently implemented at migrant worksites.

Just like the Mexican workers in Canada, Romanian workers in Germany have found themselves at the mercy of employers: underpaid, working up to 12 hours a day seven days a week, and afraid to complain for fear of having their contracts terminated. Who is to say that such already precarious conditions will not become worse during the pandemic? And if the fear of losing their contracts was pervasive before and was forcing Romanian workers to accept hazardous working conditions, one can only imagine how such issues were aggravated once COVID-19 raised the business stakes: farmers need the workers more than ever to meet demand for non-essential, yet highly valued seasonal crops.

The hazardous working conditions of Eastern European workers in Western Europe have a long history. Seasonal agricultural work had already become unattractive for the local German population during late-19th century industrialisation in the German Reich. While industrial centres such as the Ruhr area attracted German workers and their families, Polish workers were recruited for work and meager pay on the large estates east of the Elbe. The agricultural labor frontier has since moved further east. For decades after the Fall of the Berlin Wall, Polish, Romanian and Bulgarian laborers bore the brunt of seasonal labor on German farms. More recently, German employers have found an even more compliant labor force in Georgians, who, unlike Poles or Romanians, are not EU citizens and who are even willing to pay for their own flights to Germany.

The measures taken by German farmers, such as providing lunch to workers so they do not venture out to the grocery store or paying for workers’ COVID tests on a regular basis, are hardly for the sake of the workers. The tacit goal is not to protect migrants for their own sake, because workers should be cared for as workers, but to spare the farms the problem of having to deal with infected workers.

Pressuring the government to re-extend social security and health care provision to 102 days for the current agricultural season further devolves the responsibility of care away from the German farms and the German state to the workers themselves and their country of citizenship. Officially, the decision was proposed so that workers would not have to travel regularly in and out of the country, hence with the explicit goal of limiting movement during the pandemic. Inofficially, this is a decision where the state is making an implicit pact with the farms to extract more labour from seasonal workers, without incurring additional obligations to provide welfare protection. The added bonus? This year, the exception could be applied to all migrant laborers working in the service industry, from waiters to delivery clerks, not just agricultural workers – thereby all those employed in precarious jobs are made vulnerable to health risks and medical debt. As criticism to the new German (de)regulation is mounting from both political parties and workers’ unions, so is the pressure for change. Health insurance for seasonal workers will become compulsory as of January 2022. In the meantime, workers’ bargaining power could be increased if both receiving and sending countries considered – and treated them – as an asset enabling both luxury consumption and remittances, rather than a liability to be regulated.

Raluca Bejan Raluca Bejan is an Assistant Professor at the School of Social Work at the Dalhousie University in Halifax, Canada. 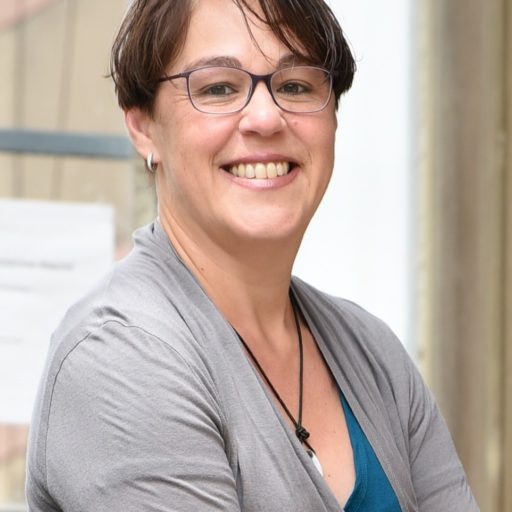 Manuela Boatcă Manuela Boatcă is Professor of Sociology with a focus on macrosociology and Head of School of the Global Studies Programme at the Albert-Ludwigs-University Freiburg, Germany.