Promises of the UK Action Plan for Animal Welfare

On May 12, 2021, the UK government published an Action Plan for Animal Welfare (Action Plan) setting out reform plans to protect animals both within its borders and overseas. In this plan, the UK government pledges to further steps in its efforts to promote animal welfare and to recognize animals as sentient beings in law. As the ‘Nation of Animal Lovers’ the UK has a comparatively impressive record of animal welfare legislation (from the 1822 Martin’s Act to establishing mandatory CCTV in slaughterhouses). Yet, the tone of government communication is tainted by adversity against the EU in the context of Brexit.

Key Points of the Action Plan

The Action Plan promises reforms for pets, farmed animals and wild animals, many of them with impact outside of the UK. For example, the government aims to explore possible import bans on foie gras and fur (p. 10). Both fur farming and the production of foie gras (by force feeding) have been banned in the UK for years, while obtaining products derived from these practices has remained possible through imports.

Further, the Action Plan reaffirms the commitment to implement the Ivory Act banning dealing in elephant ivory. According to the Plan, the government considers extending the Act to other species (p. 10). It further announced legislation on the import and export of hunting trophies, with the aim of safeguarding ‘conservation efforts abroad’ (p. 11). On Twitter, the animal welfare organization Humane Society UK criticized this language for indicating that the reform will fall short of a ban. The government also intends to bring legislation banning the import and export of shark fins, which it considers to be the product of a ‘barbaric practice’ (p. 9). Another noteworthy measure is the intended ban on advertising in the UK for practices harmful to animals abroad, e.g. involving Asian elephants.

The most laudable point in the Action Plan is perhaps the commitment to introduce legislation ending the export of live animals for fattening and slaughter (p. 12). That proposal does not include animals exported for breeding purposes. This is in line with a prior proposal of UK animal welfare organizations suggesting that breeding animals may be exempt from a possible ban while ensuring their welfare during transport. However, questions remain as the UK has only very limited tools available to control what may be done to these animals after arrival in another jurisdiction. Besides live exports, reform plans for farmed animals (e.g. within the ‘Animal Health and Welfare Pathway’) remain vague (pp. 12-13).

Among the domestic measures, the increased tackling of practices that are already illegal stands out. The Action Plan proposes to equip ‘law enforcement with more tools’ to counter hare coursing (p. 17). The hare is an ‘iconic’ but declining species in the UK. Further, the government wants to raise the maximum prison sentence for animal cruelty from six months to five years (p. 8). Legal scholars have questioned the justification and effectiveness of higher prison sentences and criminal justice measures for animal cruelty in the US context. Some of the criticism is arguably also applicable in the UK. In particular, it seems questionable whether prolonged incarceration of individuals can remedy widespread institutionalized practices that harm not cats and dogs, but pigs, chickens, and cows.

In a nutshell, many of the announced measures match recommendations made by animal law experts and animal welfare organizations for a post-Brexit Britain. While the reforms for wild animals and pets are fairly clear, it is not yet possible to evaluate their impact on farmed animals. Other areas such as the welfare of animals used for experiments remain unaddressed.

References to Brexit and Animals as Sentient Beings

George Eustice, the Secretary of State for the Environment, Food and Rural Affairs said that the animal welfare reforms were enabled by Brexit (pp. 3-4). References to Brexit and the ‘prescriptive, top-down rules of the EU’ (p. 12) are salient throughout the Action Plan. However, this should not obscure the fact that the UK now has to act and introduce animal welfare measures in order to counter a decline of animal welfare standards post Brexit. In particular, the commitment to consider animal welfare in the negotiation of trade agreements is necessary in order to maintain existing welfare standards previously safeguarded by EU law.

On the one hand, the import and export related measures in the Action Plan speak to an understanding that animal welfare can only be achieved through measures reaching beyond a single state’s borders. On the other hand, the UK has now given up its seat at the table in the EU, a key actor for animal welfare with arguably larger potential for international impact in the long run.

The key term in the Action Plan is ‘animal sentience’, the notion that animals have the ability to experience pain and joy. One of the hallmarks of the UK government’s push for animal welfare is the ‘Animal Welfare (Sentience) Bill’ introduced in Parliament on 13 May. It provides that vertebrate animals will be explicitly recognized as sentient in UK law. In the Action Plan, the government has further announced possible protection for decapod crustaceans (e.g. lobsters) and cephalopods (e.g. octopuses), depending on the outcome of commissioned research.

In light of the backlash against the EU, it should be noted that since the Treaty of Lisbon animal sentience is explicitly recognized in Article 13 TFEU. The UK government chose not to address animal sentience and Article 13 TFEU in the Withdrawal Bill, pointing among other reasons to its lack of direct effect in law, generally unclear effects in practice and its failure to counter practices cruel to animals across the EU. The government then pledged to improving animal welfare by other means.

Now, the UK government claims that animal sentience will be ‘at heart of government policy.’ There will be an ‘Animal Sentience Committee’ made up of animal experts. The Committee’s task will be to ensure that animal sentience is considered in policy, and that ministers are held accountable to parliament for their decisions impacting animal welfare.

It is too early to evaluate these measures on animal sentience. However, the forming of an Animal Sentience Committee is a step worth mentioning. In the best case, it could spark reforms across multiple areas of policy. Currently, the interests of animals are hardly represented in the political process. A dedicated Committee could bring animal sentience into political debate. It could provide a counterweight to economic considerations that might otherwise be prioritized and thus make a difference. In order to achieve this ambitious goal, the Committee should be independent from the Department for Food, the Environment and Rural Affairs. The Committee must consider the welfare of all animals (including farmed animals), and procedures must be in place to ensure that the recommendations of the Committee are heard. Finally, the Committee should not shy away from considering the bigger picture: what does sentience imply, morally speaking? Is it really enough to counter practices that are cruel to animals, or do we owe more to sentient beings?

In practice, the impact of the Animal Sentience Committee will depend on who will appoint and be appointed to the Committee, the concrete powers it will be equipped with, and – most importantly – the willingness of government and parliament to act on its recommendations. Similar to the other measures announced in the Action Plan, it remains to be seen whether the UK government delivers on its promises. 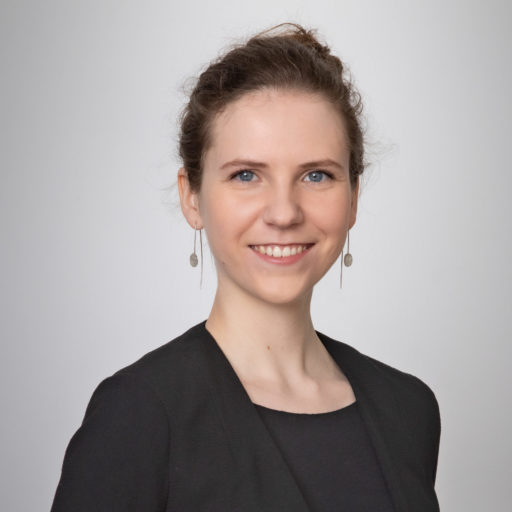 Katharina Braun Katharina Braun is a PhD candidate at Freie Universität Berlin and visiting researcher at the Max Planck Institute for Comparative Public Law and International Law in Heidelberg.