Navigating an Ocean of Information

In 1981, the UN General Assembly agreed for the first time that “Governments should consider the inclusion of youth representatives in their national delegations to the General Assembly and to other relevant United Nations meetings.” Since 1982, States have sent Youth Delegates to the General Assembly as part of the official UN Youth Delegate Programme. However, information on youth delegates, their past agendas and speeches is hard to come by. There is no central repository that is publicly available and would list all past youth delegates and the statements they delivered. In order to close this gap, we have created Youth Delegate Search, a platform dedicated to making speeches of Youth Delegates easily accessible. We believe that with this database we also created a potential for transforming both academic research and practice in the domain of youth participation.

Whether and how young people participate in international law was a central issue in the conference on Young Approaches to International Law. But literature on the topic is still scarce. Regarding the Youth Delegate Programme, even accessing the primary sources, i.e. the speeches themselves, has been quite challenging. The numerous speeches given throughout the history of the programme create an ocean of information in which a single speech turns into a mere drop. How many States have sent Youth Delegates to the General Assembly? Are those States located in the Global North or the Global South? Can we say something about gender balance amongst Youth Delegates? And which topics did Youth Delegates address in the 1980s, what did they talk about in the 2000s? Has the environment only been dear to young people since Fridays for Future came along or can we trace historical patterns?

With these questions in mind, we formed an “X-Student-Research Group” funded by the Berlin University Alliance in the context of the German Excellence Strategy in order to navigate the waters of abundant but scattered information. This pilot project brought together “junior researchers” and students – one of the rare occasions where young people can participate in research or even develop research projects of their own (but see the preceding project, “Q-Programm”).

The research group set out to collect speeches, provide empirical information, and set up a one-stop-source for information on Youth Delegates. Using the UN Digital Library, and cooperating with Janine Pickardt of the UN Dag Hammarskjöld Library, as well as with the former German Youth Delegates Eva Croon and Paul Klahre, we started off researching speeches held from 1982 until 2015. One central problem we had to overcome in this regard was the lack of information on States’ Youth Delegations and their members, particularly in the earlier years of the programme. Thus far, neither the UN Department of Economic and Social Affairs (UNDESA) nor Member States or their respective youth organisations provide conclusive information for the entire period of the programme. Additionally, the meeting records of the Third Committee often do not indicate whether a speaker is a youth delegate or not. Having said that, without further information from States or UNDESA, there is a good chance that we might have missed some of the speeches delivered by Youth Delegates.

Together with Erik Tuchtfeld, we have built a website which can be easily updated with new information and speeches yet to be given. Youth Delegate Search is structured in a simple and accessible manner. At its core, it offers two tools.

First, Youth Delegate Search provides an overview of the speeches held between 1982 and 2015. One can enter keywords and search for a particular time range, States, their hemisphere, and the gender of Youth Delegates. For any given speech in our database, there is an entry providing the text in full, additional information on the respective Youth Delegate as well as the relevant UN Document Symbol (see for an example of an entry here). The website also offers the possibility to download the original record and access the respective document on the website of the UN Digital Library. At the end of each entry, the platform also provides a suggested citation, allowing researchers and practitioners to use the source in their work with a uniform style of citation.

We believe that Youth Delegate Search has transformative potential. There are two dimensions we wish to highlight in this regard.

Youth Delegate Search provides an easily accessible database, and to our knowledge, is the first website to do so. As such, we believe that it has the potential to serve as an argumentative tool in the discourse on youth participation in international law. For instance, young people pushing for participation can now access ready statistics showing that more States from the Global North are sending Youth Delegates than from the Global South. It is thus possible to substantiate a certain imbalance in the realm of youth participation. Beyond that, Youth Delegates themselves can connect historical dots. They can now argue that their predecessor has already pushed for action on a certain topic in the past without any tangible results on the part of the States and demand concrete results in the present with additional argumentative force. Our platform supports Youth Delegates in their ability to trace certain discursive patterns. Which arguments were brought forward in favour of youth participation? How were claims against youth participation countered? Which forms of marginalisation did Youth Delegates address in the past? How was youth imagined and portrayed? Understanding international law also as discursive practice, we believe that this website contains the potential for change in the practice of youth participation. This, of course, does not mean that we are unaware of the limitations and shortcomings in this regard. The issue of youth participation will not be solved just because Youth Delegates and young people can better substantiate their claims. However, introducing a new variable might have an influence on the equation.

To address the second dimension, research on youth in international law, as noted above, scarcely exists. With an accessible tool like Youth Delegate Search, we hope to inspire and support new research. How are young women represented in the Youth Delegate Programme? What role does gender play for young people in the context of the UN? Which topics are raised by Youth Delegates from the Global North, which by those from the Global South? Beyond that, Youth Delegate Search is also a project in the constant struggle of knowledge production. A website showcasing Youth Delegates’ speeches wants to make those speeches more appealing, more interesting, it wants to legitimise them as objects of research. The empirical data provided by Youth Delegate Search needs to be complemented with qualitative research and we hope that the website will make research on youth in international law a little easier, so that the topic receives at least some of the attention it deserves.

The UN produces a vast amount of documents. As the Dag Hammarskjöld Library points out, it supports open access and aims to make UN documents accessible to everyone in order to ensure a wide dissemination of the ideas in UN publications. However, a thematic systematisation of UN documents is not provided and probably almost impossible. This, of course, makes certain research efforts difficult, as was the case with the search for speeches by youth delegates.

These difficulties are also a matter of open access: Is it sufficient that a document is provided free of charge? Or should open access also encompass easy access? We are aware that the concept of open access should not be “loaded” with expectations and demands, as Raffaela Kunz points out here and here. In this vein, Jutta Haider argues that open access “provides a focal point for certain aspects of several wider developments that are particularly relevant in contemporary society, which cannot be disconnected from their histories and contingencies”. These are, for instance, “the expansion and distribution of science, the changed circumstances of communication on the internet, status and conceptions of information, as well as the inequalities that define international relations”. In other words: If youth is marginalised in international law, why should this be any different in respect to the speeches of Youth Delegates?

We fully recognise that the UN Digital Library cannot possibly offer all the research tools needed in any given field of inquiry (they do an excellent job for a range of issues on the UN System in their FAQ “Ask Dag”). Nevertheless, a fruitful question could be why certain information is better available than other. For instance, meeting records of the UN Security Council can be accessed within seconds, while it took us a whole semester to find Youth Delegates’ speeches, hidden in the Summary Records of the General Assembly’s Third Committee. Specialised research engines such as Youth Delegate Search can supplement big platforms like the UN Digital Library. Open access is also about efficiency, gaining knowledge in an accelerated manner and exchanging thoughts without barriers, thereby highlighting the “inherently collective endeavour” that is science (see also here). By enabling effective specialised research, Youth Delegate Search could foster these goals. For the first time, Youth Delegates can effortlessly find speeches of colleagues and predecessors. Surely, this will benefit the preparations of any Youth Delegate and equally support an academic in her research on youth participation in international law.

Youth Delegate Search certainly does not mark the end but rather the beginning of research on Youth Delegates. We want to operate a database which can be used for many years to come. Part of this effort will be to collect Youth Delegates’ speeches before 1982 and after 2015 until it will be fully up to date. In the long term, we aim to cover not only the Youth Delegate Programme to the General Assembly, but also other formalised opportunities of youth participation in international law, such as youth delegates in the realm of Sustainable Development, or the participation of the UN Secretary-General’s Envoy on Youth in official UN meetings. In sustaining such a research tool, we hope we have contributed to a kind of lighthouse for researchers and practitioners alike in the waters of Young Approaches to International Law.

The authors co-chaired the research group together with Dr Hannah Birkenkötter and wish to highlight her invaluable contribution as well as her helpful comments on an earlier draft of this post. The authors would also like to express their deepest gratitude and appreciation to the members of the research group “Youth, Peace and Security – Analysing the reception of youth delegates’ speeches by the UN Security Council”, Muhammed Furkan Duran, Daniel Manvell, Maria Trumsi, Erik Tuchtfeld, and Lewis Wattenberg, for their hard work and dedication to the success of the research group.
This project is funded by the Federal Ministry of Education and Research (BMBF) and the state of Berlin under the Excellence Strategy of the Federal Government and the Länder.

This text is also published on Völkerrechtsblog. 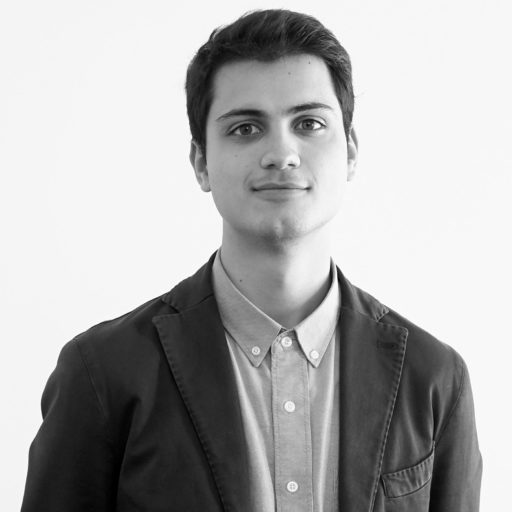 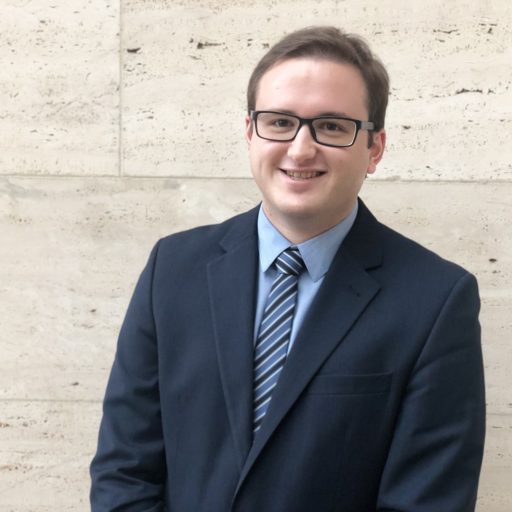 Other posts about this region:
World No Comments Join the discussion
pixel_not_set
Go to Top