Bolsonaro between Legal Defeats and Threats to Judicial Independence

Twice in less than a week’s time, the number of COVID-19 related deaths in Brazil per day raised above the mark of 4,000 cases. On 8 April 2021, the number of deaths reached its peak while Bolsonarism suffered two major defeats in the Federal Supreme Court. Bolsonarists lost both their claim to keep religious services during the pandemic and their attempt to block the opening of a parliamentary enquiry to hold Bolsonaro accountable for his executive underreach. Nonetheless, these defeats provided an opportunity to keep Bolsonaro’s antiestablishment and resentful rhetoric alive.

At the last day of this terrible week, Justice Kássio Nunes, the only judge in the Federal Supreme Court appointed by Bolsonaro, issued a court order that struck down all state and municipal decrees suspending masses and religious ceremonies. This decision took not only the local governments or the legal community by surprise, but the whole society. Justice Nunes’s decision contradicted a ruling of the Full Bench of Federal Supreme Court, which had been issued just a few months before. As one of us commented on this blog, the Court’s ruling on the competences of states and municipalities to enact regulatory norms in response to the pandemic is a landmark decision. It enabled a federalist backlash to Bolsonaro, which played a major role to resist the federal government’s science-negationism.

Nevertheless, despite the binding effect of the Plenary Court’s decision, Justice Nunes departed from it by a purported distinction established on a very fragile juridical base. Given the illegality of the decision, the Mayor of Belo Horizonte, Alexandre Kalil, announced that his decrees prohibiting religious festivities in Eastern Sunday remained in force, since they were enacted in strict accordance with a binding decision of the Federal Supreme Court. This announcement, on the evening before the festivities, motivated a reaction of Justice Kassio Nunes, who notified Kalil to comply with his order on the pain of facing criminal charges.

Bolsonaro’s far-right supporters celebrated Justice Nunes’s decision, which allowed large public gatherings in religious services. It was sold among Bolsonarist social media as a victory of religion over liberal institutions such as the WHO, the states, and the municipal governments, reinforcing Bolsonaro’s antiestablisment populist rhetoric. Despite its contribution to spread the disease, Justice Nunes’s decision played an important role to trigger the passions of Bolsonaro’s electoral base.

April 8th of 2021 is a date to be remembered in Brazilian history. According to CONASS (National Council of Municipal Health Secretaries), 4,249 Brazilians lost their lives to COVID-19 that day, the peak of the second wave of the pandemic. On the same day, the Supreme Court, by a ruling of 9 to 2, predictably annulled Justice Nunes’s provisional order and reestablished the validity of the decrees enacted by states and municipal authorities to limit services and religious festivities. Justice Gilmar Mendes, for instance, affirmed that only a negationist ideology could purport to halt the orders of the local authorities in this matter.

But this was not the only concern of Bolsonaro’s lawyers on that day, since a few hours after the decision the President suffered an even greater loss: Justice Barroso granted an injunction assuring the right of a minority coalition in Senate to create a Commission of Enquiry to investigate the Federal Government’s inertia to adopt measures against COVID-19.

The Role of the Minority in the Legislative Branch

As argued recently elsewhere, Brazilian democracy has some institutional features that may help to contain the advance of Bolsonaro’s illiberalism. Given the fragmentation of Brazil’s party system, Bolsonaro has met significant legislative resistance to his illiberal project, which forced him into a compromise with the center-right majority that controls the two Houses.

Nonetheless, Bolsonaro achieved an important victory in the 2021 elections of the Governing Board of the two Houses. For the first time since the beginning of his presidency, Bolsonaro was able to forge a legislative majority that enabled two of his allies to become Chairmen of the House of Representatives and the Federal Senate.

Yet the exponential rise of the number of infections with COVID-19 made it especially embarrassing to endorse Bolsonaro’s negationism. As scientific studies confirmed that Bolsonaro intentionally exposed the population to a deadly virus, in the hope of a herd immunity that did not emerge, and that he insisted in boycotting sanitary measures even after the inefficacy of this approach had become evident, the opposition in both Houses of the National Congress gained enough support to initiate a Parliamentary Enquiry Commission to investigate Bolsonaro’s failure to respond to the health crisis of COVID-19 (including the government’s responsibilities in the interruption of the supply of oxygen in the city of Manaus, which caused dozens of deaths).

The projected impact on Bolsonaro’s Presidency of a Parliamentary Commission to investigate the government’s responses to COVID-19 can be devastating. By 6th April 2021, the Chairman of the House of Representatives had received 106 requests for Bolsonaro’s impeachment, and the only excuse for refraining from holding the president accountable was a tacit agreement to avoid a detained discussion in parliament of Bolsonaro’s responses to COVID-19.

Although these petitions for impeachment lack support, a Parliamentary Enquiry Commission can put a spotlight in several omissions of Bolsonaro’s government. In the year of 2020, for instance, the Federal Government did not spend 15% of the budget approved to contain the spread of COVID-19, and only on 17 December 2020 the President issued a provisional measure to employ the extraordinary resources available to acquire vaccines, after turning down early offers from Pfizer to supply a large-scale vaccination plan.

The minority of Senate has been able to secure 32 signatures in favor of the creation of a Parliamentary Enquiry Commission. According to article 58, § 3rd, of the Constitution, the minority needed only one third of the House Members (27 Senators) to open the enquiry’s proceedings. The space for controversy about the legality of Justice Barroso’s decision is very narrow: every decent Brazilian lawyer can easily conclude that the minority has a legally enforceable prerogative to install the Parliamentary Commission and open a public enquiry on the President’s negligence to secure vaccines, medicines, or hospital facilities, and to adopt sanitary measures to minimize the impact of the disease and the number of deaths.

Nevertheless, even though the minority had achieved the number of senators to open the enquiry since 04 Feb 2021, the Chairman of the House, Senator Rodrigo Pacheco, was reluctant to table the minority’s petition in the House Plenary and resisted the creation of the Enquiry Commission, on the ground that he, as Chairman of the Legislative House, has discretionary powers to decide whether the Commission can be installed. This argument did not convince Justice Barroso, given that the wording of the Constitution is very clear and there is a settled case law on the issue. After consulting his peers and committing to bring this provisional decision to the court in the next session, Justice Barroso granted an injunction to order the Chairman of the Senate to open the procedures urgently, with a view to protect the minority’s right to investigate Bolsonaro’s responsibility for the critical health situation in Brazil.

Can Bolsonarism Ever Loose?

If the Senate Commission works, it can bring to the fore some serious illegalities committed by Bolsonaro and his closest aides. Nevertheless, it is unclear whether the Senate will undertake a proper investigation or succeed in holding Bolsonaro accountable to these alleged wrongs.

Regardless of these risks, Justice Barroso’s decision ignited a strong backslash and paved the way for a powerful communication strategy of Bolsonarism. As soon as the Chairman of the Senate received the decision, he publicly committed to respect Justice Barroso’s decision but at the same time criticized it in the harshest way, claiming that it was ‘inappropriate’ and can entail further ‘failure in the national responses to the pandemic’. He argued, in addition, that Justice Barroso intruded in the Senate’s prerogatives and that he, as Chairman, has discretion to determine if and when a Parliamentary Commission should be created.

The most daunting response came, however, from Bolsonaro himself. In a pronouncement to his followers, without masks or social distancing from his aides and allies, Mr. Bolsonaro raised the tone of his illiberal rhetoric, accusing Justice Barroso of ‘dirty politics’ (politicalha) and an ‘interference in all branches’. The President accused Justice Barroso of making an ‘arranged decision … in combination with left-wing senators’; he said that Justice Barroso ‘lacks moral standing’ and performs an abusive ‘judicial activism’, and opened a debate about impeaching ‘justices in the Supreme Court’.

Without any proof, President Bolsonaro claimed that the Parliamentary Enquiry targets only the federal government and intentionally ignores an alleged ‘deviation of Billions of Reais in public resources by certain state governors’.

This kind of media strategy is part of the essence of Bolsonarism. It amplifies a vast network of fake news that circulate among Bolsonaro’s Whatsapp groups. For Bolsonaro, it is more important to have a day in the press than a day in court. His media strategy is to keep his committed supporters enraged, and there are clear signs that the strategy worked in this episode. Every address to his audience is aimed at triggering an antiestablishment attitude that blames institutions like courts, parliaments, science associations, international organizations, universities, and even more moderate religious entities like the Vatican or the Brazilian Congregation of Catholic Bishops.

This seems to be precisely what happened this time, too. President Bolsonaro’s enraged reaction against the Supreme Court and Justice Barroso has created a smokescreen to hide the more than 4,000 deaths in a single day. He may lose in court, but he keeps his private army alert, leading a multitude that is permanently mobilized in defense of his mythological authority. Bolsonaro’s war rhetoric is fueled, and in the eyes of his supporters he looks as strong and powerful as he could ever be, bringing him closer to his goal of eroding institutions from within. The thought that courts are a threat to his majoritarian democracy, or that the rule of law is the ‘rule of the elites’, or the ‘weak’, or the ‘communists’, or the ‘unpatriotic’, remains as radical as it has ever been. Bolsonaro’s attacks on judicial independence can be either his ruin, or another attempt to bring down democracy and the rule of law.

Thomas Bustamante Thomas Bustamante is Professor of Legal Theory at the Federal University of Minas Gerais, Brazil; Research Productivity Fellow of the National Council for Scientific and Technological Development 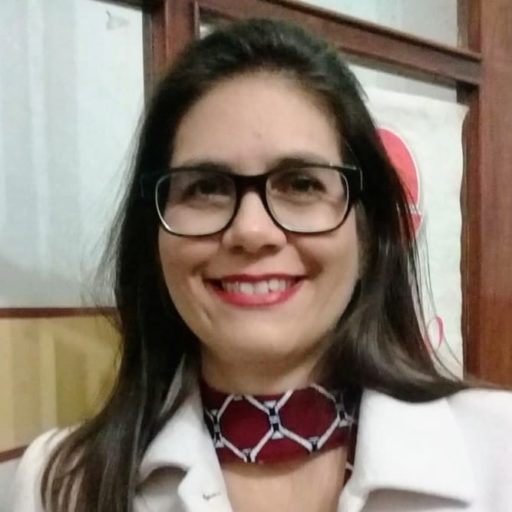