On December 16, the European Union legislature finally adopted Regulation 2020/2092 on the rule of law conditionality of EU funds. Although the Regulation is supposed to apply from 1 January 2021, its practical operation will have to wait. Hungary and Poland have reportedly announced they will seek its annulment before the Court of Justice of the European Union (CJEU). Moreover, the European Council declared in its December 2020 conclusions that the Commission will refrain from putting the Regulation to use or even publishing implementation guidelines before the court proceedings are finished. Is the newly minted Regulation doomed by prolonged litigation? Now that the legislative process is over, the eyes are turned to the CJEU.

Although the year 2021 has barely begun, one may venture a prognosis as to how the CJEU process is likely to unfold. Clearly, the Regulation is next headed for court. Any guesses about the procedural treatment of the case, as well as the arguments in support of annulment and the outcomes of the litigation are mere conjecture at this stage. However, with this caveat, here are three New Year’s predictions: 1) the annulment action introduced by Hungary and/or Poland is expedited and decided by the end of 2021; 2) the outcome of the litigation is that the Regulation survives judicial review, and, 3) when the Regulation is eventually used in the future to address the EU’s rule of law concerns, the CJEU is likely to again take on a key role.

Recent news reports have estimated that the introduction of an annulment action by Hungary and Poland before the CJEU will delay the operation of the Regulation considerably, even by ‘years’ (see EU Observer article here). Such delay would make the EU toothless to police the rule of law before the Hungarian elections scheduled for 2022 (see Politico article here). These reports are overly pessimistic. While it is true that all Member States can challenge in court EU legislation they consider unlawful (see, for example, a joint challenge by Spain and Finland here), the reporting overlooks that the CJEU can, if required, adopt procedural measures to speed up the process.

How long will it take, then, to conclude the judicial procedure? An action for annulment must be introduced within two months’ time from the publication of the contested act. In this case, the Regulation’s annulment is sought, under Article 51 of the Statute, directly from the Court of Justice (and not from the EU’s General Court). The case is therefore heard only once, with no possibility to appeal. For this reason alone, it is unlikely that a challenge to the Regulation could take years. Even so, it remains true that the average duration for annulment proceedings at the Court of Justice in 2019 was around 19 months.

However, due to the Regulation’s exceptional importance for the rule of law situation in the EU, the case may be submitted to an expedited procedure. Indeed, under Article 133 of the Court of Justice’s rules of procedure, this procedure may be deployed at the request of the parties or on the initiative of the President of the CJEU, who has considerable discretion in the matter. In 2019, the average duration for expedited proceedings was 10 months. But the average figure does not tell the whole truth, because of the relatively low number of such cases.

For example, in Commission v Council (German and French budget deficits), the judgment was out in less than eight months. Preliminary rulings have been delivered even faster; the judgment in Pringle (legality of European stability mechanism) was rendered in less than four months and that in Wightman (revocation of Brexit notification) in just over two months. Nonetheless, it is extremely unlikely that the proceedings will be over in a couple of months. But considering the issues at stake, it is a fair prediction that a final judgment could be delivered still before Christmas 2021 (see here for Closa’s similar estimate on this blog).

On what grounds will the Regulation be challenged?

To impugn the validity of the Regulation, Hungary and Poland will likely argue that the EU has used an improper legal basis; namely one which does not permit enacting far-reaching rules to combat rule of law breaches in Member States. The chosen legal basis, Article 322(1) TFEU, belongs to the financial provisions of the EU Treaties. Broadly speaking, it enables the adoption of legislation on budget procedures and safeguards on the responsibility of financial actors. Certainly, it is possible to make a colourable argument that the legal basis is, in light of the provision’s wording, too narrow. However, viewed in its larger context, Article 322(1) TFEU will probably be interpreted as providing a good enough legal basis for the Regulation which, essentially, purports to protect the EU budget.

A broader attack on the Regulation’s validity could imply that it only pretends to protect the EU budget but, in fact, indirectly coerces a Member State to amend its legislation on matters within national powers. Inspiration could be sought in the case law of the Supreme Court of the United States regarding conditional spending and financial coercion under the US Constitution [see, for example, South Dakota v. Dole, 483 U.S. 203 (1987) (holding Congress could condition receipt of federal highway funds on state legislation requiring age of 21 years for buying alcohol)]. However, it is not difficult to conceive that the Court of Justice could find that the EU has legislative powers to (incidentally) safeguard the rule of law while protecting its budget.

Additional arguments can surely be crafted. Good candidates to make it to the legal briefs of Hungary and Poland are claims based on the exclusive nature of Article 7 TEU or the violation of respect for national identity required in Article 4(2) TEU. The eventual role of the CJEU in the framework of the Regulation might also be raised. Nonetheless, while the upcoming litigation is likely to demand careful reflection and judicial agility from the Court of Justice, the Regulation – especially in its final form – does not on its face appear to be clearly incompatible with the chosen legal basis or offend the division of powers between the EU and the Member States more generally. Therefore, it is likely to withstand the judicial challenge.

The Future of the Regulation and the CJEU

As for the broader role of the CJEU, the final prediction looks beyond 2021. The original impetus for the Conditionality Regulation derives from the failure of the EU to effectively police the rule of law under Article 7 TEU. As such, the Regulation is often analysed with regard to the procedures for implementing Article 7 TEU (see, for example, von Bogdandy and Łacny who correctly note here the possible parallelism of the instruments). Without entering into the many differences between these two legal instruments, one difference merits highlighting: the role of the CJEU under Article 7 TEU, on the one hand, and in the context of the Regulation, on the other.

The eminently political Article 7 TEU procedure excludes the CJEU from the substantive assessment of breaches concerning the EU’s values, including the rule of law. The treaty framers’ intention appears to have been that, under Article 7 TEU, determining that a Member State has breached the rule of law falls within ‘high politics’ and is, therefore, a non-justiciable issue. This explains why Article 269 TFEU provides that the CJEU has jurisdiction ‘in respect solely of the procedural stipulations’ of Article 7 TEU. By contrast, the Conditionality Regulation is a normal legislative act of the EU, in respect of which the CJEU has full jurisdiction. This means that any decisions made pursuant to the Regulation are, in principle, justiciable.

What does this imply in practice? When the Council, on the Commission’s proposition, adopts the implementing decision referred to in Article 6(9) of the Regulation imposing disciplinary measures (cutting off EU funds) from a Member State deemed not to respect the rule of law, any such implementing decision may be challenged in court. Concretely, this may involve evaluating whether the breaches ‘affect or seriously risk affecting’ the EU budget ‘in a sufficiently direct way’, as required in Article 4(1) of the Regulation (and whether prior case law contains any guidance). In contrast to the likely upcoming action by Poland and Hungary, the challenge against a Council’s implementing decision will be heard first by the General Court, with the possibility of appeal to the Court of Justice.

Although such future actions might not reach the CJEU in 2021, it seems quite possible that a Member State from which EU funding is cut off pursuant to the Regulation will challenge the measure. However, this will not only prolong the resolution of the underlying rule of law issues, but also take the CJEU into assessing the merits of determining whether the Member State has breached the rule of law, as proposed by the Commission and found by the majority of the Council. Would the CJEU, then, be adjudicating in fact on a determination of a ‘breach of values’, which Article 269 TFEU originally intended to exclude from its jurisdiction? Or will the challenges be narrow enough to allow meaningful adjudication on concrete legal issues? It is safe to predict that such litigation at the CJEU will be worth watching closely. 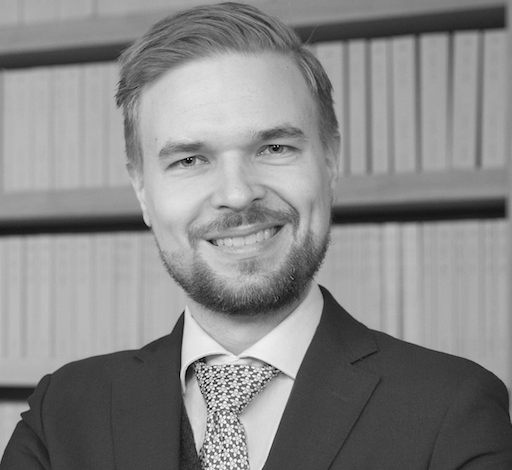