Next Chapter, in a Larger Story

The Northern Ireland Assembly election is generating much speculation about the wider consequences. Beyond the usual implications of any vote in Northern Ireland, there is heightened interest in what it might mean for the debate on the constitutional future, as well as the ongoing and intense dialogue about the Ireland/Northern Ireland Protocol. There are sound reasons to view this election as historic, but it would be wise to place the projected outcome, if it unfolds, in context.

The possibility of Sinn Féin becoming the largest party in the Assembly has prompted reflection about the constitutional impact. Although the First Minister and deputy First Minister roles are joint and equal in a complex power-sharing model of government, there is undoubted symbolic significance in Sinn Féin holding this position. If the largest political party in the region is pro-united Ireland that is quite something in historical terms. With that party also polling very well in the Republic of Ireland, it is understandable that many are wondering if a united Ireland might be on the horizon. After all, this is at the core of Sinn Féin’s all-island politics.

However, there is reason to be cautious about reaching this conclusion based on the performance of one political party. The Good Friday Agreement sets out the mechanism and addresses, in general terms, how the right of self-determination will be exercised. The commitments are reflected in domestic law in both states. What is striking about the relevant provisions is that they give the Secretary of State for Northern Ireland considerable flexibility. A key factor in activating the duty to hold a referendum is whether it ‘appears likely’ a majority in Northern Ireland would vote for a united Ireland. There is extensive debate on what might lead the Secretary of State to take this step and there has been judicial clarification.

Sinn Féin emerging as the largest party in Northern Ireland is, however, unlikely on its own to be decisive, unless it is matched by a marked rise in the overall vote for parties supporting a united Ireland as well as consistent and reliable polling evidence endorsing this constitutional trend. That means that some perspective is required, and the significance of this outcome for the option of a united Ireland must be placed in context: It is the comparative overall performance of unionism and nationalism that will matter most in this assessment. The subject of full return to power-sharing government is, in fact, what will dominate much post-election debate, as well as intriguing questions on how unionist parties react, if the scenario noted above does materialise and the scale of the vote for the Alliance Party (which does not designate as either ‘nationalist’ or ‘unionist’).

Northern Ireland at the Centre of Brexit

The other factor that merits consideration is the impact on negotiations around the Protocol. Northern Ireland opted for remain, and like Scotland, was taken out of the EU against the wishes of a voting majority. Because of the particular circumstances of the island of Ireland, a special arrangement was required. The Protocol agreed between the EU and the UK established a legal compromise that has been the source of contestation in Northern Ireland, with the main unionist political parties raising concerns about its content and implementation. The largest unionist party – the Democratic Unionist Party (DUP) – resigned from the First Minister role in protest. As discussions between the EU and the UK continue, unionism has made its dissatisfaction with the Protocol clear. And the UK Government has once again signalled that it is prepared to take unilateral action. Notably, a domestic legal challenge to the Protocol has thus far been unsuccessful.

Those who negotiated the Protocol incorporated a way to test consent in the Northern Ireland Assembly for core elements. The democratic consent mechanism (article 18) means that the Northern Ireland Assembly will have a say at the end of 2024 on the continuing operation of the alignment provisions (articles 5-10). The outcome of the election will therefore have an impact on that vote as well, with evidence suggesting that pro-Protocol parties may be in a majority.

Despite the numerous claims to novelty, and occasionally dramatic language, there is much that is familiar about the Northern Ireland Assembly election on 5 May 2022. Many of the challenges faced by the parties will be the same after as before. The election campaign has been notable for the primacy accorded to socio-economic matters that are the common concern of voters across Europe. However, the possibility of a Sinn Féin First Minister has understandably excited considerable local and international interest.

On its own, it does not mean that a referendum on a united Ireland is more likely, even if the political pressure on that question may well intensify. It is the practical impact of the overall result on the politics of the Protocol and power-sharing government that may in fact prove more noteworthy. If there is, for example, electoral evidence of majority support for the Protocol, then it raises pressing questions about the UK Government’s approach to the negotiations in the short term. In the longer term, it suggests that the alignment provisions of the Protocol may well be endorsed at the proposed Assembly vote.

It should surprise no one that a region that emerged from a wider Irish-British conflict is at the centre of the contested constitutional politics of Brexit. The land border on the island is now an external border of the EU. Northern Ireland benefits from particular design solutions that attempt to match its circumstances, and it is not difficult to imagine why many are contemplating available futures and options. A region that wanted to remain in the EU has, for example, a way back. This election will be a distinctive chapter in a larger story, with the ultimate constitutional question determined by the people of the island of Ireland in the way already well-established in the Good Friday Agreement. 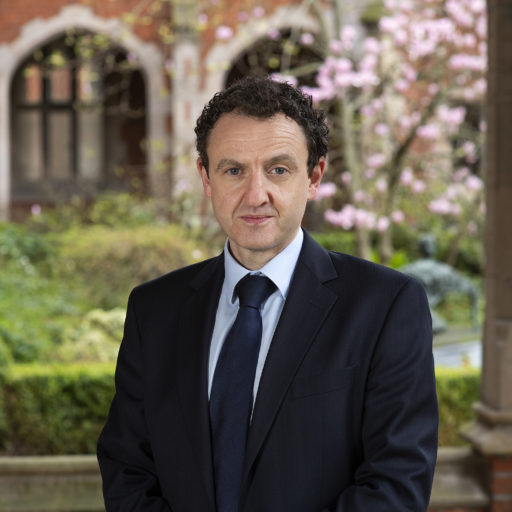