The CJEU’s judgement in the Sea Watch case

During the summer of 2020, two ships operated by the non-governmental organization (NGO) Sea Watch reached Italian shores after rescuing migrants in distress at sea. Upon arrival, both ships, flying the German flag, were detained at two different Sicilian ports – Palermo and Porto Empedocle. Italian harbor officials inspected the vessels on two grounds: first, they suspected the ships were not certified for search and rescue (SAR) activities as they were classified as cargo ships. Second, they argued that the SAR vessels had taken persons on board surpassing the total number of passengers that could be safely accommodated.

Sea Watch brought two legal actions for the annulment of detention measures at the domestic level. At the core of the legal claim was Directive 2009/16/EC (the Directive) which regulates port State controls (PSCs). The NGO argued that Italian officials went beyond the controls allowed under the Directive. The Regional Administrative Court of Sicily requested the CJEU to essentially clarify two issues: (i) the extent of States’ powers in terms of detention and control of ships operated by NGOs pursuant to the Directive and (ii) other applicable international rules over private ships which, in the words of Advocate General (AG) Rantos, “systematically and exclusively carry out activities relating to the search for and rescue of persons in danger or distress at sea” (para 2).

On 1 August 2022, the CJEU delivered its judgement. The Grand Chamber’s ruling clarifies the applicability and scope of EU law on matters regarding detention of SAR vessels employed to rescue migrants in distress at sea. However, it is unfortunate that the CJEU does not explicitly address the key issue of cooperation between States and private actors, i.e. NGOs, in greater depth.

The CJEU first tackled the issue of whether the Directive was applicable for the classification of the vessels. AG Rantos noted that “there is no classification, either in EU law or in international law, of ships carrying out maritime search and rescue activities” (para 55). The question then is: Does the Directive apply to the category of NGO-operated SAR vessels? The Court stated that the Directive, in view of Article 3(1), applies to ships which, “although classified and certified as cargo ships by the flag State, are in practice being systematically used by a humanitarian organization for non-commercial activities relating to the search for and rescue of persons in danger or distress at sea” (para 86). In essence, the Directive applies to ships operated by humanitarian organizations as long as they are located in a port or in waters within the jurisdiction of a Member State and flying the flag of another Member States, according to Article 11(b) of the Directive.

Duty to render assistance, number of passengers and additional inspections

Second, the CJEU considered the coastal State’s powers to conduct PSCs and detailed inspection of ships within its jurisdiction pursuant Article 11(b) of the Directive. To this end, the Court noted the importance of the duty to render assistance fleshed out in Article 98 of the 1982 UN Convention on the Law of the Sea as well as the 1979 International Convention on Maritime Search and Rescue (SAR Convention) and the 1974 International Convention for the Safety of Life at Sea (SOLAS Convention).

In an effort to balance the sovereign power of the coastal State to carry out PSCs (Article 11 of the Directive) and the private ships’ master duty to render assistance to persons in distress at sea, the Court found that the State may subject NGO ships to further inspection only “on the basis of detailed legal and factual evidence” (para 126). More specifically, the coastal State must prove that the conditions under which the ships operate indicate that “there is a danger to health, safety, on-board working conditions or the environment” (para 126). The CJEU’s ruling is in line with AG Rantos’ view that “the mere fact that a ship has transported, following rescue operations at sea, persons in numbers greater than the maximum capacity, as indicated in the ship safety equipment certificate, cannot in itself be regarded as an ‘overriding factor’ or an ‘unexpected factor’ requiring or justifying, respectively, additional inspections” (para 47).

Moreover, the Court considered the reasoning put forward by Italian officials that rescued persons on board should be counted as passengers. Article IV (b) of the SOLAS Convention deals with cases of force majeure and stipulates that persons rescued at sea who are on board a ship, including a private NGO-operated ship, must not be counted when verifying whether the rules on safety at sea have been complied with. The Court referred in particular to the conditions of force majeure that leave no choice to the shipmaster but to render assistance and welcome persons in distress on board (para 107). The CJEU found that in such situations even a large number of people on board does not enable the coastal State to carry out additional inspections (para 117).

Third, the CJEU considered to what extent the coastal State has the power to interfere with private ships flying the flag of another Member State to conduct additional inspections pursuant to Article 13 of the Directive. This issue was further articulated in two sub-questions. The former was whether the coastal State could “take account” of the fact that ships certified as cargo ships by the flag State are used for SAR operations. The latter questioned whether the coastal State had the power “to demand proof that those ships hold certificates other than those issued by the flag State” (para 127).

The answer to the first question was essentially ‘yes’: the Court held that the coastal State could conduct a more detailed inspection based on the classification of the ships by the flag State. However, it may do so only “on the basis of detailed legal and factual evidence” (para 139). Conversely, the CJEU ruled that the coastal State did not have the power to demand proof of certificates issued by the flag State (para 139).

Lastly, the CJEU addressed whether the coastal State may lift the detention of a SAR ship which has been found to be a danger to persons, property or the environment pursuant to Article 19 of the Directive (para 140). Here the Court found that the coastal State can impose predetermined corrective measures to safeguard safety on board, provided that the corrective measures are “suitable, necessary, and proportionate” (para 159).

The preliminary ruling of the CJEU constitutes an important development as it sets out the applicability and scope of EU law on matters regarding maritime migration as well as the relations between flag and coastal States. In line with AG Rantos’ opinion, it repositions the importance of PSCs by reading coastal States’ powers through the lens of the duty to render assistance at sea. The judgement has been positively welcomed by Sea Watch whose SAR activities have been hindered by arbitrary PSCs.

Yet, the Court has arguably failed to fully address the “absence of international or European legislation regulating the systematic engagement in maritime search and rescue activities by private entities” (AG Rantos, para 3). This issue has been tackled in more explicit terms by the European Commission in its Recommendation (EU) 2020/1365 which addresses cooperation among Member States concerning operations carried out by vessels owned or operated by private entities for the purpose of SAR activities. However, the CJEU does not engage with the Recommendation in its reasoning. Instead, it merely refers to the importance of the principle of sincere cooperation between flag and coastal States (para 159) without directly addressing the private entities actually carrying out the SAR operations in question.

The CJEU’s preliminary ruling constitutes only an intermediary step in the legal proceedings. It remains to be seen what the Regional Administrative Court of Sicily will make of the Court’s answers. A lot is at stake: a total of 18 NGO ships involved in SAR operations have been either seized or detained in several coastal States including Spain, Italy and Malta between 2016 and June 2022. The Regional Court’s decision is therefore likely to be crucial for the future of NGO-led SAR activities in the Mediterranean Sea. 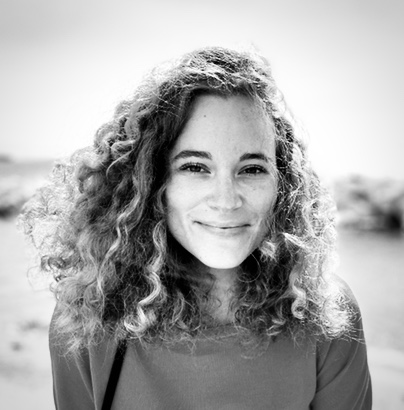 Matilde Rocca Matilde Rocca is a PhD candidate at the University of Padua. Her doctoral thesis focuses on non-state actors, migration and the law of the sea. ORCiD >>