No Country for Dissent

On July 25, Twitter ‘withheld’ or disabled access to two tweets made by activist lawyer Prashant Bhushan. Prashant Bhushan had posted two tweets in the end of June, criticizing the Supreme Court and especially its current Chief Justice. Based on the Tweets, the Supreme Court initiated suo moto contempt proceedings against Bhushan on July 21 and Twitter’s withdrawal comes two days after the first hearing in the case.

The withdrawal of the Tweets in the absence of a court order asking Twitter to remove the content is a dangerous precedent for online free speech in India. Twitter’s decision is especially problematic as it is not in consonance with the content takedown guidelines laid down by the Supreme Court in Shreya Singhal v. Union of India. In the Shreya Singhal case, the Court laid down that online intermediaries must take down content only upon receipt of a Court Order or Government Notification asking them to do so. In this case, however, there has never been a court order but just the opening of proceedings. Twitter acted in anticipatory obedience.

On June 27, Bhushan tweeted that when historians look at how Indian democracy was destroyed between 2014 and 2020, they would particularly mark the role of the Supreme Court and particularly that of the last four Chief Justices. On June 29, Bhushan tweeted a viral picture of Chief Justice Bobde on a Harley Davidson motorcycle. He said that the Chief Justice was riding a 50 lakh rupees motorcycle belonging to a BJP leader without wearing a mask or helmet, while keeping the Supreme Court in lockdown and denying citizens their right to access justice. It emerged from news reports that the motorcycle was registered to the son of BJP leader Sonba Musale (ruling party at the Centre).

On July 21, a bench headed by Justice Arun Mishra initiated suo moto proceedings against Prashant Bhushan for committing the offence of contempt of court. Suo moto proceedings, under Section 15 of the Contempt of Courts Act of 1971 are proceedings initiated by the Supreme Court on its own initiation when it believes or discovers that the offence of criminal contempt of court has been committed. The charge against Mr. Bhushan was that he allegedly scandalised the court and brought the administration of justice in disrepute.

While hearing the case on the next day, Justice Arun Mishra asked Twitter’s counsel Senior Advocate Sajan Poovayya why Twitter had not disabled the content on its own after contempt proceedings were initiated. Justice Mishra asked why Twitter was waiting for a “formal order of the Court to do so” and said that the Court may leave the removal to Twitter’s wisdom. To this, Mr. Poovayya clarified that Twitter did not defend the tweet and that that he would convey the Court’s suggestion to Twitter. It is pertinent to note that this was merely a verbal exchange between the judges and the counsels. The Court Order from the hearing did not contain any direction for Twitter to take down the Tweets. The Court issued notice to the Attorney General and Twitter Inc. to hear their arguments in the matter and listed the matter for next hearing on August 5.

On July 25, two days after the hearing, Twitter ‘withheld’ the tweets from Mr. Bhushan’s Twitter profile. Mr. Bhushan’s profile now contains a message from Twitter saying that the tweets have been „withheld in response to a legal demand“. Twitter’s Rules on Withholding Content explains that this message is displayed when Twitter “is compelled to withhold the original Tweet „in response to a valid legal demand, such as a court order”. Twitter’s counsel Mr. Poovayya explained in an interview that as per Twitter, ‘withholding’ the tweet did not amount to deletion and that Twitter kept the option open of restoring the Tweet following a final decision of the Court.

The key question here is that if the Court had not yet made a final order on the issue, did Twitter jump the gun by unilaterally withholding the Tweets?

A courtroom exchange is not a court order

In the hearing on July 22, Justice Mishra suggested that Twitter should have taken down Mr. Bhushan’s Tweets when it found out that the Supreme Court initiated suo moto contempt proceedings. This suggestion was problematic and appears to go against the law laid down by the Supreme Court in the landmark case of Shreya Singhal v. Union of India (2015).

Thus, as per Shreya Singhal’s case, online intermediaries are only supposed to take down content upon receipt of a court order or government notification to do so. However, in Mr. Bhushan’s case, the court order did not contain any such direction. In contravention to the direction in Shreya Singhal, the takedown occurred based on the courtroom exchange between the counsels and the Court.

By expecting Twitter to take down the content merely when the contempt proceedings were initiated, the Supreme Court ignored that it was jumping to a conclusion of Mr. Bhushan’s guilt and denying him the opportunity of being heard. Thus, the Court’s suggestion of preliminary takedown was faulty and unjustified.

Twitter’s unilateral withdrawal of the Tweets on Saturday has made a bad situation worse and has set a dangerous precedent for free speech and online content moderation. The rationale of the Supreme Court’s decision in Shreya Singhal v. Union of India was that hosting providers and social media platforms like Twitter did not have an obligation of monitoring all content on their platform and were only required to take down content after a court order or government notification on the issue. By disabling access to the tweets before such a final adjudication it may be said that Twitter has created a dangerous precedent for itself and other online intermediaries. It may be argued that by disabling the tweets without a court order, Twitter has conceded that online intermediaries may be expected to take down contemptuous or defamatory content at the very moment that any court proceedings are initiated against them. It would be antithetical to judicial accountability and the very concept of free speech if courts could shield themselves from scrutiny and criticism simply by initiating suo moto proceedings that would instantly lead to a takedown of such criticism. Further, if the same logic of taking down content without an explicit court order were to be applied to defamation proceedings between individuals, it would lead to a massive chilling effect. Thus, it could be argued that by disabling access to the tweets, Twitter has acted prematurely and damaged Shreya Singhal’s protection to hosting providers and online intermediaries.

With the advent of technology, social media platforms have become instrumental in facilitating democratic discourse in a nation, and preserving freedom of speech. However, Article 19(2) of the Constitution of India envisages that the Courts determine the limits of free speech, not private intermediaries.  Private platforms lack the legal legitimacy to become arbiters of truth and Twitter’s withdrawal of Mr. Bhushan’s Tweets in the absence of a written court order sets a dangerous precedent for free speech. 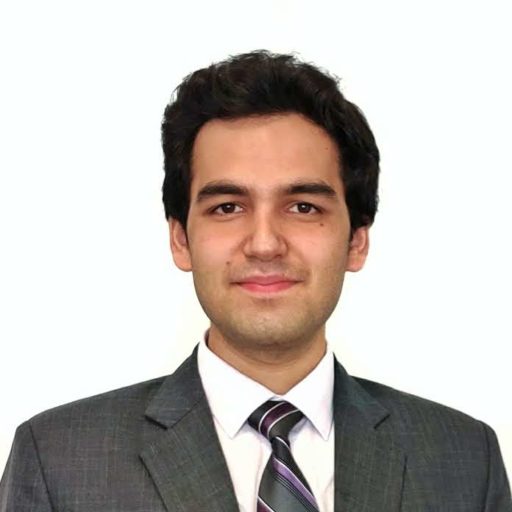 Raghav Mendiratta Raghav Mendiratta is an Indian lawyer. He is an Affiliate Fellow at the Future of Free Speech Project at Justitia, Denmark and a Legal Researcher for Columbia University's Global Freedom of Expression Centre.