No More Blame Game: Back to the Future of Comitology

On 14 February 2017, the European Commission submitted a proposal to reform the EU comitology system. It aims at enhancing transparency and accountability when implementing EU law in certain highly contentious policy areas, in which science-based decision-making by the Commission is not able to fully address national and regional concerns. The Commission is right in refusing to take the sole blame for unpopular EU decisions which Member States helped adopting, especially in a Union riddled by crisis and rising populism. Despite some difficulties of design, the proposal should be supported because it aims to preserve the main function of comitology: to exercise control over the implementing powers of the Commission by de-centralising decision-making, and to introduce local knowledge, political, socio-economic, ethical, and sustainability considerations into an otherwise technocratic process.

Comitology is the EU term for a system of committees composed of representatives from Member States that oversee the Commission’s implementation of EU legislation, and which must be consulted every time the Commission wants to adopt a so-called implementing act. While seemingly the realm of technocracy, many EU implementing acts transcend the boundary between technical and political decisions as they may have a serious impact on people’s health, the environment or other public interests.

The recent reform proposal reacts to protracted problems of deadlock and politicization in certain sensitive policy areas, such as the EU authorization of Genetically Modified Organisms (GMOs) and chemicals, particularly plant protection products. In principle, comitology fosters deliberative and consensual decision-making practices. Over 90 % of opinions of comitology committees are adopted by unanimity or consensus. The comitology regulation stipulates that decision-making shall endeavor to find solutions which command the widest possible support within the committee.

Comitology is therefore seen as an example par excellence of a networked deliberative forum that allows for constructive cooperation and a non-hierarchical mode of decision-making between the EU and its Member States. It represents the truly European value of unity in diversity, and as such provides for a unique source of legitimacy for supranational executive decision-making.

But it does not always work that way. In some few but highly politicized areas comitology persistently reverts to deadlock and lack of agreement between the Commission and Member States as well as among the Member States. GMO authorization is the main example where cooperation fails. Since the entry into force of the current GMO legal framework Member States have never managed to find agreement in the relevant comitology committee (the Standing Committee on the Food Chain and Animal Health), thereby effectively precluding national input into the authorization process.

This has to do with comitology voting rules. To either approve or oppose the Commission authorization of a GMO, the standing committee has to reach a qualified majority (55 % of Member States representing 65 % of the EU population). Failure to find such majority is counted as “no opinion,” which means that the Commission may not authorize unless it repeats the procedure before an Appeals Committee. A “no opinion” in the Appeals Committee means that the Commission may adopt the authorization. There is thus a certain amount of discretion, and the Commission is not obliged to authorize. Yet in reality the Commission has so far always authorized the GMO in question. It has done so following the positive safety assessment of its expert agency, the European Food Safety Authority, yet in the face of strong political opposition among the Member States. While failing to produce a qualified majority, a simple majority of Member States has always voted against authorization.

A dramatic example of this is the vote on Maize 1507 in February 2014 where only five Member States voted in favour, four abstained, and 19 voted against the authorization. Another example is the authorization of glyphosate, a controversial substance used in plant protection products, in June last year. Seven Member States abstaining prevented an opinion in the Appeals Committee leading to a Commission authorization without the support of the Member States. This shows that abstentions of some big Member States (especially Germany, Italy and France) have been crucial in preventing a qualified majority, and thus an effective committee opinion. As I have argued elsewhere, the reversion to top-down decision-making by the Commission in this highly controversial area has resulted in the loss of political responsibility for EU implementing acts, thereby undermining their legitimacy. The recent reform proposal seems to tackle precisely this problem, and it shows that the Commission no longer accepts being a scapegoat for unpopular EU decisions.

The gist of the new proposal is to enhance the transparency and accountability of the comitology system through mainly four measures. Firstly, abstentions shall no longer be counted as votes in the appeals committee. Secondly, a third stage involving national ministers shall be included in cases where the Appeals Committee is not able to produce a decision. In such cases, thirdly, there shall also be the possibility to consult the Council of Ministers. And finally, voting behaviour in the Appeals Committee shall be made public.

This proposal should be seen in the light of the current EU constitutional framework introduced by the Lisbon treaty in 2009 as well as of the last comitology reform in 2011, which reacted to that framework. In particular, the Lisbon Treaty reasserted the primary competence of Member States to implement acts of Union law, thus reinforcing the principle of executive federalism in the EU legal system. While in certain cases the Commission may exercise implementing powers, the exercise of those powers shall be controlled by the Member States through comitology (Article 291 TFEU). In contrast to the pre-Lisbon comitology system, the currently applicable Comitology Regulation, abolished the so-called Council stage and replaced it with the Appeals Committee composed of representatives of the Member States. It was also assumed that this change would help de-politicizing decision-making in areas such as GMOs, because the appeal stage would no longer be dominated by the political leaders of national ministries.

This was wishful thinking. The political dynamics of the last stage of comitology have remained the same, with COREPER members from the Permanent Representations dominating the process (and hence the same people who are preparing ministerial Council meetings). Against this background, it is not entirely clear what the Commission would like to achieve with the latest proposal to de-facto reintroduce the Council stage. Not only are there tensions with the Lisbon framework and Article 291, although the Commission tries to address them by tweaking the details (national ministers shall be involved rather than the Council; the latter shall be merely consulted). The added value is also not clear, as the Appeals Committee at present is not composed of national experts but of diplomats already acting on direction of their ministers.

The other two proposals of excluding abstentions and rendering national votes transparent, however, are more promising. The practice of blaming the EU for GMO authorizations, even though Member States helped adopting them, is problematic especially in a Union riddled by crisis and rising populism. Several Member States, among them Germany, have chosen the path of conflict avoidance: by abstaining they are avoiding a clash with domestic interests divided between public opposition to GMOs and domestic industry pressures. But in doing so, they are also avoiding an open and honest public discussion about the societal advantages and disadvantages of agricultural biotechnology. Moreover, they are undermining the purpose of comitology, namely to control the exercise of Commission implementing powers while introducing broader aspects, such as local knowledge, political, socio-economic, ethical, and sustainability considerations, into an otherwise technocratic decision-making process. Having said that, it is clear that the Commission reform proposal is likely to face strong opposition by several Member States, including Germany, in the Council. The European Parliament, on the other hand, may turn out to be an ally of the Commission, given that it has been a vocal critic of comitology for its lack of political and democratic oversight.

The limits of Commission’s political authority

But what about the Commission’s discretion to revise a contentious proposal (e.g. to authorize a GMO), and to reject authorization in situations where, although not reaching a qualified majority, a significant number of Member States votes against such a proposal? After all, an important change introduced by the current Comitology Regulation was to abolish the Commission’s obligation to adopt a proposal in situations of “no opinion.” Moreover, under the current GMO legislation the Commission has the right to take into consideration “other legitimate factors” in addition to the risk assessment of its expert agency when authorizing GMOs. In practice, however, the Commission sees its discretion to deviate from EFSA opinions as virtually non-existent. It relies, among other things, on internal market law arguments as well as the right to good administration, which in the Commission’s view preclude an EU-wide ban of GMOs considered safe by EFSA. These arguments are legally contentious (and are discussed, e.g., here, here and here) and arguably in tension with CJEU case law on the non-binding nature of scientific advice in EU risk regulation (see e.g. Pfizer and CEVA). A more plausible explanation is the technocratic self-understanding of the Commission, deeply entrenched in the Community method, which places the Commission as an unelected and independent institution at the heart of the EU policy-making process. Instead of an electoral mandate, the Commission therefore relies on science and expertise as an existential political resource to justify regulatory action. The more contentious a policy field, the more the Commission’s reliance on seemingly apolitical scientific expertise.

EU regulation of GMOs is a fascinating case testing the limits of EU regulatory authority in the internal market, including the deliberative qualities of the comitology system. The 2015 reform, which partially re-nationalized decision-making on GMO cultivation, was therefore a step in the right direction. Cases like this call for the ‘no-final-decider principle’ according to which the EU might well not be the appropriate locus of authority to take collective decisions at present, although dialogue must nonetheless go on. If successful, the now proposed comitology reform would follow the same logic. It could potentially help preventing the adoption of decisions at EU level, which do not enjoy political or even legal authority given their persistent non-implementation at the national level; or, at least it would help rendering the political responsibility for such decisions more visible. 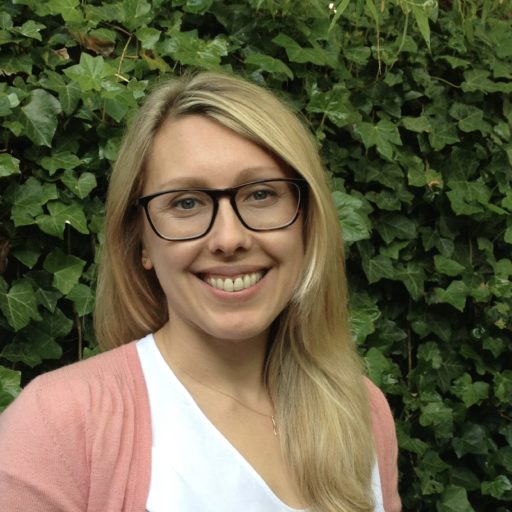 Dr. Maria Weimer is assistant professor at the Department for Public International and European Law of the University of Amsterdam and member of the Amsterdam Centre for European Law and Governance (ACELG).