No unity in the United Kingdom

The United Kingdom has not achieved a unified approach towards COVID-19. Rather, the crisis has exposed the transformation of the UK into nations pulling in quite different directions. This post will discuss the disunity in the British response to coronavirus, focusing on the Scottish and British governments. COVID-19 illustrates the political and legal instability of the British constitution as the country exits the European Union.

The UK is a unitary state with a parliamentary government in London and devolved institutions in Scotland, Wales and Northern Ireland. The Scotland Act established the Scottish Parliament and sets out the extensive powers devolved to Edinburgh. England has no devolved government, giving the British Government in London a dual role as the English Government in most domestic affairs, and as the British Government in certain shared areas. Devolution lacks proper power sharing mechanisms, with joint committees instead facilitating rule between governments. Thus, the devolution settlement is ultimately underpinned by convention rather than constitutional law.

Measures in response to COVID-19

COVID-19 therefore arrived at a time of constitutional flux. Initially, however, the willingness of the British and devolved governments to work together papered over the bad relations and uncertainty within the devolution settlement. The Coronavirus Act 2020 empowered both the British and the devolved governments to adopt measures to tackle the crisis. All governments adopted similar ‘lockdown’ measures and the same public slogan: ‘Stay at Home. Protect the NHS. Save Lives’. In the case of COVID-19 the relevant committee for power sharing is Cobra, or the Civil Contingencies Committee, which brings together the British Government with the devolved Governments and certain other regional leaders. Cobra meetings were held every three weeks in order to ensure a relatively consistent coronavirus strategy across the UK.

Emerging from lockdown is where the unity of the COVID-19 response broke down. On 10th May, Boris Johnson gave a statement announcing the relaxation of some lockdown measures and a change of the public health slogan, ‘Stay at Home. Protect the NHS. Save Lives’, amending ‘Stay at Home’ to ‘Stay Alert’. He made his statement as Prime Minister of the UK and made little reference to the fact that these changes only applied in England. This led to cross border chaos, with people unaware that different nations of the UK had different lockdown rules. The other UK nations did not follow Johnson’s approach in either relaxing lockdown rules or changing the slogan. In fact, the approaches of countries have diverged in the time since: in Scotland, non-essential shops cannot open, but in England they can. Residents of Scotland will be allowed to visit a hairdresser from 11 July, while their compatriots in England can do so from 4th July. There is no rationale for such differences beyond the policy decisions of each government. On the 4th of July the minimum social distancing measure will be reduced to 1 metre in England but remain 2 metres in Wales, Scotland and Northern Ireland. Politics is the ingredient producing varying rules across the UK.

A lack of cooperation

Boris Johnson’s decision to announce the relaxation of lockdown measures on 10th May appears to be the turning point in the cooperation between governments.  It was later revealed that Cobra meetings had been suspended after this date, ostensibly because of pushback from the devolved leaders towards Boris Johnson’s decisions. Media reports have made clear that the bad relations between governments are also deeply petty. Boris Johnson has apparently failed to disclose his decisions to devolved leaders before they are broadcasted or go to press. A constitution as reliant on convention and good relations as the British may be particularly vulnerable to the style of Boris Johnson’s leadership. Against the backdrop of Brexit and strained relations between the nations of the UK, the approach of the Prime Minister cannot lead to unity in times of crisis such as COVID-19.

Meanwhile, the British Government took the decision to not seek an extension to the Brexit transition process, meaning that the UK will exit the EU in December. Scottish independence is also back on the agenda: coronavirus has led to an upswing in those polling in favour of independence, with polls now showing a consistent majority in favour of separation. It is hard to see how Brexit will do anything other than increase the majority. Scotland’s constitutional position is not only politically salient, but also legally. In response to the decision to move forward with Brexit, the Scottish Government introduced another continuity bill in the Scottish Parliament. Constitutional instability continues in the UK.

The British response to COVID-19 has become a window into how fractured the UK is. The Scottish National Party, who form the Scottish Government, have the ultimate goal of Scottish independence. A Prime Minister as insensitive as Boris Johnson to the needs and realities of governing a multinational state can surely only aid their cause. It is impossible to say how the British constitution will look in the future. What one can certainly say is that the constitution is changing, and there is no sign of this change stopping anytime soon. 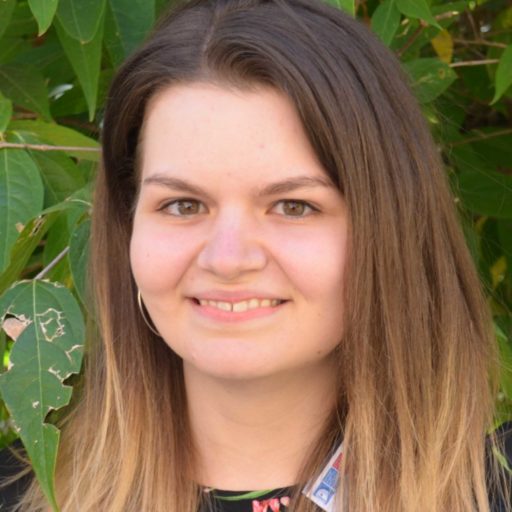 Catriona Mullay Catriona Mullay is a PhD researcher at the European University Institute in Florence, specialising in Brexit, Scotland and the British constitution.