Not Just an Enhanced Opinion Poll

Regarding Scottish Independence, the UKSC Puts Politics Back Into the Driving Seat

Dissatisfaction with the legally, and increasingly politically, precarious devolution settlement has been on a steady rise in Scotland ever since the Scotland Act 1998 brought a measure of self-government and autonomy. The list of grievances between the Scottish government and the UK is long these days, most recently expanded to include the departure of Scotland from the European Union against the wishes of a clear majority of the Scottish people. The antidote long proposed by the SNP and currently supported by just shy of 50 percent of Scots is independence from the United Kingdom, a solution that was notably rejected by the electorate in 2014.

The Bill exists only in a pre-introduction draft because the Lord Advocate (the chief legal officer of the Scottish government) has doubts: she believes the Bill may well relate to a matter reserved to the UK Parliament under s29 Scotland Act and hence be unlawful. Her sign-off is required under the Scottish Ministerial Code before the Bill can be introduced by the responsible Scottish Minister (s31 Scotland Act in conjunction with s3.4 Scottish Ministerial Code). In order to resolve the legal uncertainty, the Lord Advocate made a reference to the UK Supreme Court (UKSC), which has now given its unanimous judgment, arranged around three key legal questions:

1) whether the USKC has jurisdiction to answer the Reference, this depends on whether it relates to a ‘devolution issue’ within the meaning of Schedule 6, paragraph 34 of the Scotland Act;

2) whether the UKSC should respond to the Reference, or instead make use of its inherent discretion and decline to do so, with possible reasons including that the Reference is hypothetical and premature; and

3) whether the Scottish Independence Referendum Bill ‘relates to’ a reserved matter under the Scotland Act, in particular the Union of Scotland and England and the UK Parliament.

The Reference relies on Schedule 6, paragraph 34 of the Scotland Act, which allows the Lord Advocate to make a reference on any ‘devolution issue’ not already the subject of other proceedings under the Act. Schedule 5 enumerates a list of reserved matters, which includes the union of Scotland and England and the UK Parliament. In order to figure out what a devolution issue is, we need look no further than Schedule 6, which notably includes paragraph 1(f):

Kenneth Armstrong had earlier questioned whether the Reference was (primarily) related to a devolution issue, given that the predicament of the Lord Advocate can be thought to be rooted in the Scottish Ministerial Code, rather than the Scotland Act. This was ultimately not decisive for the Supreme Court, which accepted the Lord Advocate’s submission that the ambit of Schedule 6, paragraphs 1(f) and 34 of the Scotland Act is sufficiently broad to enable pre-introduction scrutiny of the Referendum Bill (para 37). Given the broad ambit of the provision, it is perhaps not surprising that the UKSC found the legal avenue for the Reference wide open as it relies on a fairly straightforward interpretation of the provisions.

The second question was whether despite the legal admissibility of the Reference, the Supreme Court should nonetheless decline to respond based on its inherent discretion on such matters.

The basis for this discretion lies in earlier references, including one from the Attorney General for Northern Ireland, where the Supreme Court held that it had discretion to refuse a ruling under similar circumstances. The case revolved around the implementation of welfare reforms to universal credit, specifically the designation of certain relevant postcodes which the Attorney General argued rendered the legislation a devolution issue, subject to ECHR compliance. While the Supreme Court accepted that there was a devolution issue in the reference, it was hardly the main focus of legal questions raised by the Attorney General. There were also other proceedings pending where the legal issues could be more appropriately discussed. Accordingly, the Supreme Court refused to answer the reference.

The submission by the Advocate General (the top Law Officer of the UK government for Scotland) in the Independence Referendum Bill Reference had argued that the Supreme Court was in effect being used as a legal advice centre. The Bill that had not even been introduced into the Scottish Parliament and was hence liable to change significantly making pre-introduction scrutiny unnecessarily complicated and liable to require a later pre-enactment review in any case (para 51). The Supreme Court instead distinguished the Reference on the basis that it has significant practical importance (para 53): the Bill is poised to be introduced into the Scottish Parliament and likely to pass without major revisions given the clear majority of the government in the Scottish Parliament. As such, it was also not a hypothetical or premature reference.

The latter point was surprising, given that previously the Supreme Court exclusively reviewed bills of the Scottish Parliament at the pre-enactment stage: after the bills were passed by the Scottish Parliament but before they attained royal assent (s33 Scotland Act). The rationale is that at this stage the will of the democratic legislature has crystallised into a specific text suitable for review against the Scotland Act. The Supreme Court has in the past undertaken nuanced and detailed analysis of such bills, for instance in the case of the Scottish Continuity Bill and the UN Convention on the Rights of the Child (Scotland) Incorporation Bill.

It is difficult to imagine how such an analysis could be accomplished with the draft Referendum Bill: the majority of the Scottish government in Parliament notwithstanding, the outcome of the scrutiny and revision process for legislation is hardly a foregone conclusion. If that were the case, many legislative initiatives (and indeed UK Prime Ministers) of the past six months would not have fallen. That may well render pre-introduction scrutiny of bills a pointless exercise in many circumstances, as argued by the Advocate General.

The effect of pre-introduction scrutiny on the workload of the UKSC may also be significant, especially given the absence of a permission stage for this procedure. There is admittedly a possibility that the highlighting of the exceptional circumstances of the Referendum Bill in the judgment signals that pre-introduction scrutiny of Bills will only be available in exception circumstances: accordingly, a pre-enactment review under s33 may remain the default and appropriate procedure in most cases.

With all the barriers thus cleared, the Supreme Court turned to the final, substantive question: whether the Referendum Bill would indeed lie beyond the powers of the Scottish Parliament under the Scotland Act. The Lord Advocate had suggested that the advisory nature of the referendum makes all the difference: it cannot impact a reserved matter because it has no legal purpose and no legal effects.

The Supreme Court outlined the by now well established approach to determining whether a Bill ‘relates to’ a reserved matter: the test is whether it has more than a loose and consequential connection to it, taking into account its purpose and its effects (legal and practical). The relevant reserved matters in this case are ‘the Union of the Kingdoms of Scotland and England’ and ‘the Parliament of the United Kingdom’, the latter, following from the earlier Reference on the Scottish Continuity Bill, includes the sovereignty of the UK Parliament (para 76).

The purpose of the Referendum Bill was clearly to hold a referendum on Scottish Independence, which straightforwardly impacts on the Union and the sovereignty of the UK Parliament. Likewise, the Supreme Court deemed the effect of the Bill as reaching far beyond a mere enhanced opinion poll. It is the expression of a democratic will of the Scottish electorate that may significantly strengthen or weaken the Union and the UK Parliament (para 78). Depending on the outcome, the political importance of the referendum would be significant even if it has no direct legal consequences (para 81). The Bill would also, as Leah Trueblood convincingly argued, activate the electoral machinery of the state and make allowance for significant expenditure to conduct the referendum.

Ultimately, the Supreme Court expressed no doubt that both the purpose and effects of the Referendum Bill has more than a loose and consequential connection to the Union and the UK Parliament. Accordingly, the Bill relates to reserved matters and is therefore beyond the legislative power of the Scottish Parliament (para 92). This was perhaps the least surprising element of the judgment, given that the UKSC had previously held in the Reference on UNCRC Bill that even placing any form of political pressure on the UK Parliament to amend legislation would amount to an unlawful modification of s28 (7) of the Scotland Act, affecting the power of the UK Parliament to make law for Scotland.

Finally, it also took some time to discuss arguments put forward by the intervening SNP that sought to make the case for a Scottish right to self-determination (para 84). They argued that the existence of this right under international law ought to impact the domestic legal interpretation of the phrase ‘relates to’ in the Scotland Act. The UKSC rejected this argument outright, finding that Scotland does not in fact have such a right to self-determination, and even if it did, it would not be of help with the interpretation of the Scotland Act (paras 88-90).

The importance of the Lord Advocate for the parliamentary procedure in Scotland may well incidentally raise devolution issues, but in my view these are not created by the devolution settlement. The fact that the Lord Advocate must sign off on a bill prior to its introduction may well be informed by sound policy reasons, but it remains a creation of the Scottish Ministerial Code.

Indeed, the Scotland Act could be seen, as argued by Kenneth Armstrong, as having a preference for a comprehensive political debate in the Scottish Parliament on any introduced bill, including on whether it falls within the legislative competence. The robust pre-enactment scrutiny through the UKSC supplements, rather than replaces this political process. In that sense, the Supreme Court could have seen the Reference question as (primarily and initially) a political problem that the Lord Advocate and Scottish Ministers must resolve. If the Lord Advocate has doubts over the legality of a bill, then they should advise the relevant Scottish Minister accordingly: the latter must then decide whether they are prepared to bear the legal and political risk of introducing the bill.

More importantly, in both prior references arising from Scottish Bills, the UKSC took an exceptionally deep dive into the legislation and drew very sharp lines in protection of UK parliamentary sovereignty. It is difficult to imagine how such detailed scrutiny can be reasonably conducted at the pre-introduction stage.

In the end, we are left with a judgment that provides a robust protection of reserved matters under the Scotland Act, despite its shortcomings. This will likely end the legal manoeuvring of the Scottish government towards a second referendum. Instead, the political process is back in the driving seat (as it needs to be) and it now appears more likely than ever that the SNP will contest the next general election on an entirely Scottish independence-based platform. The future of the Union and the UK Parliament remains legally and politically precarious. 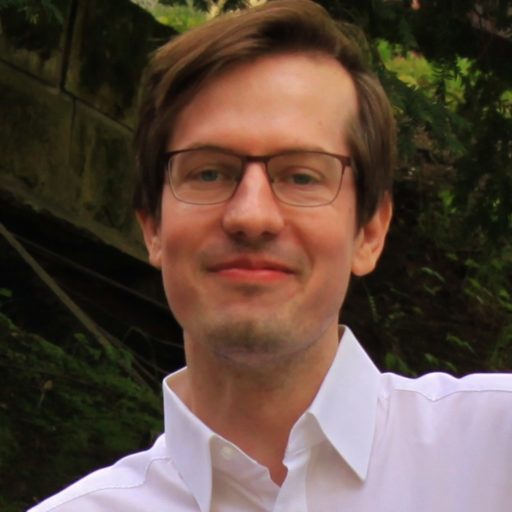 Stefan Theil Stefan Theil is Assistant Professor in Public Law (fixed term) at the Faculty of Law, University of Cambridge, and a Fellow of Sidney Sussex College.