Not Much of a Waiver

The Leaked Draft Text of the TRIPS Waiver Compromise

Seventeen months after South Africa and India initiated the TRIPS waiver proposal, the negotiating “quad” (South Africa, India, US and the EU) is reported to have reached a compromise at the WTO. The text of the proposal was leaked this week. From a legal perspective, the outcome of the compromise is more muddled and confusing than clarifying, although it claims its aim to be the latter. As it presently stands, the text is not so much a waiver of TRIPS obligations than a modification of existing obligations and conditions of exemptions around patents, as well as an introduction of additional requirements.

What the draft text covers

The leaked text is a draft, and it is not clear if this is a final version which will be presented to the WTO General Council for approval. My reading is based on the short document that has been published here. It is also reproduced on the NGO KEI website.

The draft text only mentions two issues of the TRIPS: patents and data exclusivity in regulatory data. It refers to Art. 28 (1) of the TRIPS which specifies the rights conferred by a patent and to Art. 31 and 31bis that specify the conditions for compulsory license which does not require the authorisation of the patent right holder. It also mentions exclusive treatment of pharmaceutical data by some TRIPS member states which have data exclusivity provisions in place in their respective domestic jurisdictions (Art. 39 (3)). The compromise excludes any discussion or waiving of copyright, trade marks, know-how and other kinds of confidential information. The compromise applies only to vaccines, but not to therapeutics and diagnostics against Covid-19.

The leaked text on patents

The passages in the leaked text which pertain to Art. 31 TRIPS are more clarifications and complications to existing law than waivers. On the one hand, it waives Art. 31(f) which imposes restrictions on exports under compulsory license to less than half of a country’s domestic production. The text keeps 31 (h) requirement of determination of adequate remuneration intact.

The leaked text introduces an additional requirement of all applicable patents to be identified as part of compulsory license authorised under Art. 31(a). This is a new cumbersome requirement that did not exist before for the grant of a compulsory license. It is not clear if “applicable patents” include unpublished patent application. It does not clarify the level of search that the list is supposed to be based on, for example, a freedom to operate search or a basic search.

Overall, it would be difficult to describe these ideas as “waivers”, or even “clarifications”. They complicate an already cumbersome Art. 31 and Art. 31bis more than they waive.

The leaked text on confidential information and regulatory data

The document mentions TRIPS Art. 39 (3) which concerns the treatment of regulatory data in pharmaceutical and agricultural chemical products and their exclusivity. Art. 39 (3) does not relate to existing patents. A company can have data exclusivity of various lengths of time in different domestic and regional jurisdictions separately from patent rights.

The leaked text states: “Nothing in Article 39.3 of the Agreement shall prevent a Member from taking measures necessary to enable the effectiveness of any authorization issued as per this Decision.”

Art. 39 (3) already contains a public interest clause which provides defence against the disclosure of protected data “where necessary to protect the public”. It is not clear why Art. 39 (3) is mentioned at all in the leaked text because it is only relevant for jurisdictions that have a high level of data exclusivity in place, such as US and EU. But these countries would not be included in the proposed waiver compromise proposal in any case, because it would only cover self-declared developing countries, and even amongst those, be restricted to countries that have exported less than 10% of global vaccines doses in 2021. It would require a closer analysis, but it is likely that very few countries would be affected by Art. 39 (3) in the category of waiver applicable countries as carved out in the leaked document. The confirmation of public interest exception that already exists in Art. 39 (3) says little in addition about its relation to free trade agreements and investment treaties.

The issue of data exclusivity – from a legal point of view – is not necessarily connected to patents or to the practical and legal technical challenge to devise novel ways to mandate know-how and technology transfer, as Olga Gurgula had explored. The leaked text offers no mechanism or a mandate to share the data available at a regulatory agency outside one’s jurisdiction for making vaccines — the already existing public interest provision in Art. 39 (3) is not elaborated or expanded towards non-domestic publics. For example, there is no mechanism by which a generic manufacturer in India could access European regulatory data. The mention of Art. 39 (3) in the leaked text adds nothing new to what already is within the TRIPS.

The leaked text does not mention Art. 39 (1) and (2) which are about undisclosed information more broadly and incorporate the provisions of the Berne Convention Art. 10bis regarding the fair treatment of commercially valuable information. TRIPS Art. 39 (1) and (2) need to be understood in the broader contexts of the meanings of fair or unfair competition and confidential commercial information and trade secrets. There is nothing in the current draft compromise text which indicates that 39 (1) and (2) could be waived on grounds of countervailing public interest. This is a missed opportunity. For example, in the UK jurisprudence of confidential information, different public interests need to be weighed when determining the desirability of confidentiality in relation to that of disclosure (Attorney-General v Guardian Newspapers Ltd (No 2) (‘Spycatcher’): HL 13 Oct 1988).

The compromise draft text on India and South Africa’s TRIPS waiver proposal arrives after seventeen months of failure to come to a decision in the midst of a global pandemic. The intensity of the debate about global vaccine supply and distribution may have waned amidst Russia’s invasion of Ukraine. The problem of vaccine inequity however persists. According to Our World in Data, as of 17 March 2022, only 14.1% of people in low-income countries have received one dose of vaccination. The majority of high-income countries have administered more booster doses than first doses had been administered in low-income countries in the last seven months, as the Financial Times reported a few days ago. It is also worth recalling the sense of urgency and uncertainty when vaccines were in short supply in Europe and North America. The race for vaccines was exacerbated by developed countries engaging in vaccine nationalism. Together with my colleagues, we set out in detail arguments in favour of a comprehensive TRIPS waiver in May 2021, after the US swung behind the waiver proposal albeit with a more limited scope. Over 180 IP law experts have expressed their support for the TRIPS waiver initiative in an open letter in July 2021. The long wait for this week’s announcement after an estimated pandemic death toll of 18 million lives is concerning for the negotiations on intellectual property in negotiations towards the WHO Pandemic Treaty.

Civil society organisations, such as KEI, MSF and Oxfam, have condemned the limitation of this draft compromise text to vaccines and patents only. The only clear benefit of the text is that it will enable the WHO mRNA hub and its regional training hubs to operate without the fear of patent litigation from Moderna and provide legal clarity to build production of WHO mRNA vaccine in waiver-applicable countries.

The wisdom of setting a precedent of carving out the geographical limitation of the waiver is also questionable (footnote 1 of the document). If encouraging competition, scaling up production and equitable access to vaccines are the purpose of the waiver discussion, it makes little sense to leave out China and Brazil which have significant manufacturing capacities. China does not qualify under the 10% of 2021 vaccine export criterion as it has exported a significant amount of its vaccines at a time when developed countries were exporting none or very little. There may well be other trade considerations in play, and Geneva Health Files reported that China may have agreed to this exclusion. It is not clear if Brazil still has the status of a developing country. If not, it would not be included in the waiver-eligible category of countries. The publics in Europe and US would also benefit from more knowledge-sharing which would encourage more innovation, competition and transparency.

The WTO waiver discussion has been the testing ground for re-assessing the skewed balance between public and private interests within the TRIPS structure. In light of future pandemics, it is concerning that this rather lacking text is the result of a seventeen months wait in a global pandemic that have resulted in 18 million deaths and which have shown the developed nations which have opposed the temporary waiving of TRIPS obligations also failing to supply and support lower and middle income nations with vaccines, necessary equipment and medicines. The compromise text resembles the EU position in the waiver negotiations.

This pandemic is not yet over. The opportunity to draft a more streamlined and practicable text is still there and should not be missed, also for the sake of being better prepared for the next global pandemic.

Other posts about this region:
Welt 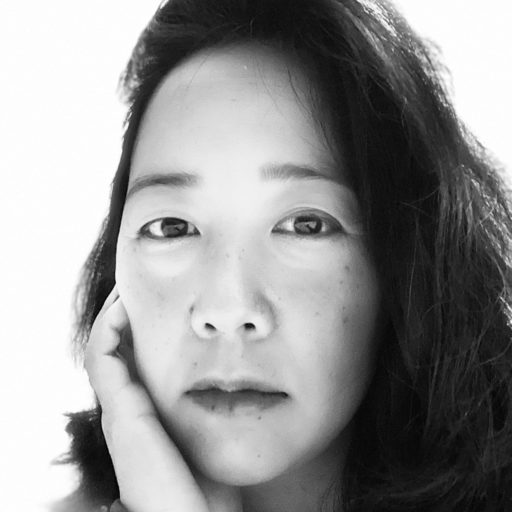 Other posts about this region:
Welt No Comments Join the discussion
pixel_not_set
Go to Top