The Victory of the Moldovan Reformists in the Presidential Elections

On 15 November 2020, the reformist, pro-European candidate Maia Sandu has won the presidential election in the Republic of Moldova. Sandu has raised great expectations among the population that she will eradicate corruption and mitigate the devastating effects of COVID-19. As the confetti has been swept away and the euphoria about her victory is passing, it is doubtful, whether President Sandu can deliver on her campaign promises, given the President’s limited powers and the composition of parliament.

After her defeat four years ago, Sandu now gained a landslide victory against the incumbent revisionist, pro-Russian president Igor Dodon. In one of the highest voter turnouts in Moldovan history, nearly 58% have placed their trust in her to tackle pressing domestic issues. Moldova is a state captured by vested interests. On Transparency International’s Corruption Perception Index it ranks among the most corrupt countries in the world: high-level corruption is endemic and widespread and Moldovan citizens have a deeply rooted mistrust of state institutions. As a consequence of a weak healthcare system, lacking administrative capacities and limited budgetary room for maneuver, the spread of of the latest Coronavirus strain has brought Moldova a health and socio-economic crisis. The European Bank for Development and Reconstruction forecasts a 4% drop in GDP.

What can the Moldovan president actually do?

To push forward her anti-corruption agenda, Sandu is fully dependent on the political support in Parliament. As Moldova is a parliamentary democracy, the Moldovan constitution grants the President only limited legal competences. The political power in Moldova lies with the executive branch, which stands and falls with the majority of the members of Parliament – the supreme representative body of the Moldovan people (Art. 60). As Head of State (Art. 77(1)), the President’s main duties encompass representing Moldova externally (Art. 86), preserving national unity and mediating across party political lines (Art. 77(2)), promulgating laws (Art. 93) and appointing public officials and awarding decorations, titles of honor and ranks (Art. 88). While the President has key competences in the area of foreign policy and national defence, their powers are restricted by the Parliament’s mandate. International treaties concluded by the President need to be ratified by the Parliament to enter into force (Art. 86(1)). As Commander-in-Chief of the armed forces, the President may declare partial or general mobilization of the armed forces, but they need the prior approval of Parliament (Art. 87(2)).

Against the backdrop of limited competences, her closest political advisors and even Sandu herself have argued that as President she will be able to push forward her reformist agenda once the Parliament is dissolved. The rationale behind this proposition is that in the case of early parliamentary elections, the current momentum for reformist political forces created by Sandu’s victory could be used to haul her Party for Action and Solidarity (PAS) to the top of the political party landscape. Latest polls indicate that this approach could actually work. Sandu thus hopes to replicate her predecessor’s way of exercising power: by controlling the Socialist Party, the biggest party in Parliament, as well as the prime minister, Dodon has been able to arbitrarily set Moldova’s political agenda since November 2019. But President Sandu does not have the power to just call early parliamentary elections. According to Art. 85 of the constitution, early elections are possible in only two cases: if the Parliament is unable to adopt laws for a period of three months (paragraph 1) or if it fails repeatedly to install a government in the course of 45 days (paragraphs 1 and 2).

Matching the legal framework with the political reality

Moldova’s current Parliament is perceived to have the lowest legitimacy in decades and more than half of Moldovan citizens are in favour of early elections. However, in the Moldovan political context, none of the two options stipulated in Art. 85 are currently on the table. According to polls from 9 November 2020, most of the political forces in Parliament will either not pass the 5% threshold for entry into parliament or will secure fewer seats, should there be early elections. Moreover, the overwhelming majority of Members of Parliament belongs to different vested interest groups. These include Dodon’s Socialist Party, the „Pro Moldova“ Party of the ousted but still influential oligarch Vladimir Plahotniuc and the party of Ilan Shor, a convicted criminal who is believed to be the architect of the “theft of the century”. As a result of the fraud scheme, $1 billion were laundered through Moldovan banks between 2010 and 2014 and transferred to bank accounts in the EU, all of which was facilitated and concealed by the political and judicial elite in the country. In spite of previous political battles between the Socialist Party and Plahotniuc’s loyalists sitting in Parliament, Sandu’s election and her reformist agenda will serve as a strong unifying factor from now onwards. Sandu’s goal to tackle high-level corruption and state capture does not only significantly threaten the interests but the very preservation of power of these groups. As early elections would likely see these threats materialise, their common primary goal is to maintain the status quo and thus to avoid a stalemate in adopting law that would trigger early elections.

For the same reasons, a vote of no confidence against the minority government, which would require the vote of the majority of the members of Parliament and potentially lead to a stalemate fulfilling the prerequisites of Art. 85(2) of the Moldovan constitution, is equally unlikely. Even though the current minority government is officially only supported by the Socialist Party, it is fully functional. As has happened in the past, the Democratic Party, „Pro Moldova“ and the party of Shor are likely to form informal coalitions and vote for common sense, urgent government initiatives, including the budgetary-fiscal policy, state budget for 2021 and legislation with a social dimension, while hiding behind the pretext that early elections would cause a waste of public money and lead to a deep political crisis.

No glimmer of hope for reformist political forces in Moldova

Given these legal and political circumstances, Sandu suffers from an ambitions-capability gap. Contrary to public declarations, all that is left for Sandu and her PAS is to continue their relentless anti-corruption and de-oligarchisation discourse, without being able to do anything about it. Too many are the tentacles of the veto players and too little is Sandu’s room for manoeuvre.

A second problem that Sandu will have to grapple with are the effects of a partially self-inflicted expectations-capability gap. The unrealistically high expectations towards Sandu, caused by a domestic issues-driven campaign and the high degree of dissatisfaction of Moldovan citizens with the political elite, bear the potential of general public disillusionment. This plays into the hands of her political adversaries who will try to profit from the arising cynicism and caricature Sandu as a lame duck first, before eventually giving way to early parliamentary elections.

Other posts about this region:
Moldova 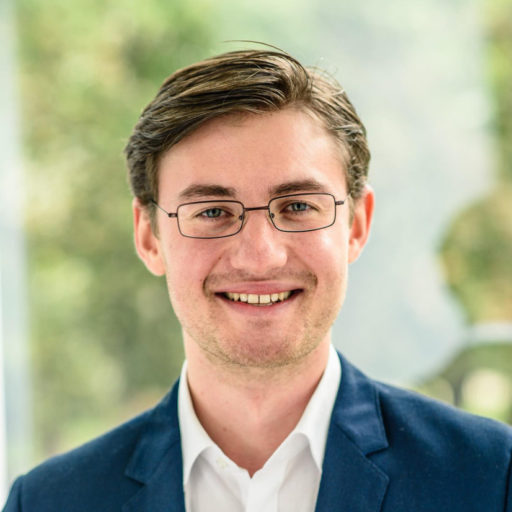 Other posts about this region:
Moldova No Comments Join the discussion
Go to Top