Nudging as a Matter of Politics

The discussion on nudging is usually framed as a discussion about autonomy vs. paternalism. This is suggested by the fact that nudging addresses the individual and aims at influencing their behavior in fields in which we cannot expect rational self-determination. Nudging is designed to result in behavior which the individual would not have shown on their own.

The strong focus on the individual and the orientation of the discussion within the matrix autonomy/paternalism is very interesting against the background of our self-conception. However, it is misguided as a basis for a discussion about nudging as a regulatory approach. In almost all relevant cases in which nudging is discussed, we do not merely protect citizens from themselves. We regard individual behavior which does not harm third parties directly, but nevertheless has significant social impact. The modern welfare state transforms individual risks into social problems. Poverty triggers a right to social benefits, illness entitles to medical care and both are financed by tax-payers or at least other members of society. We could extend the list to all kinds of contingencies in which we are entitled to support. The welfare state has linked individual risky behavior to matters of social infrastructure and social justice.

We find this link wherever nudging is discussed. Nudging has not been developed to prevent people from irresponsible borrowing because we care about individual waste of money. Rather the objective is the prevention of extensive debts which lead to insolvency which in turn triggers social responses targeted at helping the individual and preventing instability of the financial sector. Thus, nudging is not just about protecting citizens from themselves, moreover, it is about effective solutions for social problems.

The search for an adequate approach to a social problem is the standard case of regulation. Parallel to all other kinds of regulation it calls for a political decision on whether or not nudging should be chosen as an instrument to remedy the social costs entailed with individual behavior.

One focus in this political debate should be on the alternative of educating versus nudging. The more we are interested merely in a desirably outcome and the less we care about the underlying values of our behaviour, the more we might be inclined to use effective nudging. Healthy meals in the cafeteria might be a case in point. However, the more we want a behavior to be backed by a specific attitude, the more we might favor education despite its inefficiencies. Wherever we try to influence decisions that are closely linked to important values of self-perception or to societal values there is more at stake than just the outcome. If we think about organ-donation, for instance, we are not just interested in a high number of organ-donators but we would very much like donation to confirm solidarity in society and we know that the decision affects personal values. If this is the case, we should not use an opt-out design but rather force people to make a well-informed decision.

From a legal point of view, in cases of nudging has to be reviewed whether this measure chosen is not a disproportionate loss of freedom for the individual. This requires balancing of interests. The most important point of reference for this balancing is an alternative coercive measure. In cases in which we would also accept coercive measures, nudging should be regarded as an acceptable means. Nudging fits into the tradition of rational policy-making and should be treated accordingly. The contrast of “autonomy/paternalism” conceals the quite ordinary character of the regulatory issue – which in addition touches the individual sphere of freedom only slightly.

If the relevant situations for nudging are those in which choices have social impact, nudging is a matter of politics and we have to discuss it in the political arena. For any political deliberation, transparency is crucial. A call for transparency is already made by the initiators of the nudging discourse. However, their call for transparency is based on respecting the autonomy of the people who are nudged. From this angle, transparency is only needed as far as the interaction between government and the citizen is concerned. When focusing on the area of political deliberations, however, the issue of transparency concerns the legitimate goals and the design of nudging. It relates to the instrumental choice, the field of application, the specific concepts, mechanisms of evaluation etc. And decisions on all these questions require public accountability. Nudging addresses situations in which we do not behave rationally. Nonetheless, we can rationally discuss whether we would like to be nudged or not. This is the very reason for the conference and for the same reason political deliberation is as much needed as it is possible.

In this regard nudging can pose problems. It can seep into institutions and subvert constitutional mechanisms that ensure transparent public debate. This is mainly because the loss of individual freedom of the person nudged is comparatively scant.

By the way, nudging is quite a misleading term. If you are nudged, you do feel it – especially if it is an elephant that nudges you. If you are successfully manipulated in your automatic behaviour, you do not feel anything.

In any case, as the loss of individual freedom is usually minor, we require no action by the legislator and consequently there is no public debate in Parliament. However, this problem pertains merely to interaction between citizen and state. As far as regulatory nudging in private relationships is concerned, regularly there are duties imposed on one party, such as a specific design of default options, and they require legislative action. And even regarding the relationship between citizen and state, it can be well argued that a systematic employment of nudging by public authorities can give rise to a new, distinct quality of the approach, which would require specific legal answers. As we well know, the phenomenon of privatization entailed similar problems.

Overall, nudging receives so much attention because it incorporates fresh knowledge generated by the emerging field of behavioral economics. The nudging discourse aims at using it for policy-making in a new form. Questions of individual bias and overconfidence for instance had already been discussed in the discourse on risk-regulation in the 1990ies. But in this discourse, they had been spread with the goal of informational education. Pointing out misleading risk-perceptions was supposed to result in acceptance of rational risk-management. Nowadays such problems are perceived as facets of fundamental problems of individual self-determination. The nudging discourse emphasizes the inevitability of such deficits and makes them available for rational policy design. As a result, the toolbox of rational policy-making will be stocked more extensively. This has happened before, when welfare economics led to fees and certificates as elements of environmental policy and when institutional economics provided information on sound governance structures. With regard to this genealogy, however, we should not be surprised if initial euphoria will be followed by disillusionment. Economic knowledge does not lead us towards unambiguous conclusions and so we may once again have to realize that rational policy-making is but an ideal of modern societies. 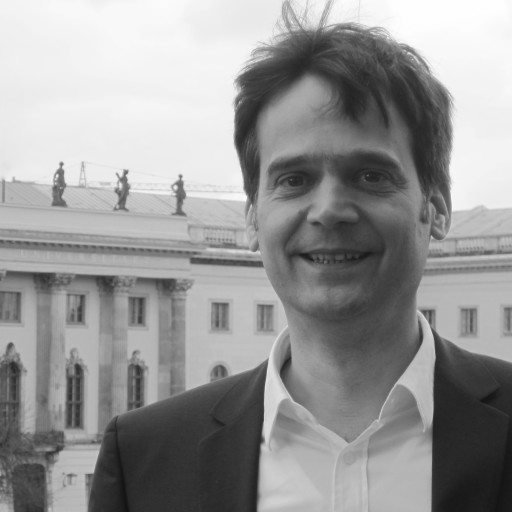 Martin Eifert Dr. Martin Eifert, LL.M. (b. 1965) studied Law in Hamburg, Geneva and Berkeley. For four years, he served as academic assistant at the University of Hamburg (Prof. Dr. W. Hoffmann-Riem), and subsequently spent one year as a consultant at The Boston Consulting Group. From 1999 to 2001, he served as senior research fellow at the Hans-Bredow-Institute for Media Research at the Hamburg University . In 2001, he was awarded a postdoctoral fellowship by the German Research Foundation (DFG), to complete his habilitation at the University of Hamburg. His research focuses on questions of regulation as well as on the relationship between law and innovation. From 2006 to 2012, he was Professor for Public Law at Justus-Liebig-University Giessen. Since 2012, he holds the chair of public law, especially administrative law at Humboldt-Universitaet zu Berlin.
No Comments Join the discussion
Go to Top