On Wearing the Kippa in Public – and in Public Service

The kippa, the Jewish skullcap, is again in the news after the admission of Felix Klein, Germany’s Commissioner for Jewish Life and the Fight Against Anti-Semitism, that he cannot recommend that Jews wear a kippa everywhere in Germany. The statement has been harshly criticized as an official surrender to antisemitism. Such criticism is woefully misplaced. Klein certainly intended no surrender and was merely recognizing the existing reality.

For that, Jews in Germany who wear a kippa, myself included, are appreciative. Germany cannot solve the problem without a candid acknowledgment that a problem exists. But in all the many articles and tweets about Klein’s comments, few paid any attention whatsoever to the Jews who wear—or would wear—a kippa in Germany. In this controversy, we have been absent.

Even our ostensible defenders did not think to center our voices. Non-Orthodox German Jewish leaders were all-too-eager to claim to represent the Orthodox Jews who are often their biggest critics. Jewish leaders from Israel and the U.S. were all-too-delighted to speak for us, despite never having spent time in our communities nor having consulted us for our perspectives. Far-right German politicians were all-too-giddy to pretend to be our friends, ignoring the many public statements Jewish leaders have made rejecting their parties‘ very legitimacy.

„The kippa belongs to Germany,“ declared Bild Editor-in-Chief Julian Reichelt. It’s a nice sentiment, but do the facts support such a claim? And what about the human being wearing the kippa? Does he belong to Germany too? Even if he does not belong, what about the duty of the state to ensure his religious freedom and security of person? (This much, at least, was affirmed by government spokesperson Steffen Seibert, albeit without identifying any concrete plans to improve.) Bild offered a cut-out kippa for Germans to wear in solidarity with Jews. The handful who don the cartoonish paper kippa can congratulate themselves for supporting Jewish life in Germany—without ever bothering to engage with an actual kippa-wearing Jew. This kippa-without-a-Jew is stripped of its traditional (and gendered) significance into a prop for asserting tolerant liberalism.

I do not need or want anyone to rebuke Klein. I want Germany to recognize, exactly like Klein has, that the average kippa-wearing Jew has hidden his kippa under a hat in Germany for years. We do so in accordance with our assessment of the risks. Our decisions deserve to be taken seriously. They should inspire a durable response of substance, not a temporary performance of solidarity.

In fact it seems almost forgotten that Berlin had this same kippa controversy just last year, after a young man wearing a kippa was physically assaulted. Then also the response was too temporary, too performative, and from too few non-Jewish Germans. Nothing actually changed, and certainly not enough changed to justify wearing my kippa openly. To truly clear the way for Jews to wear a kippa openly, a more candid response is necessary. And it should begin with a recognition that the kippa does not „belong to Germany“ and will not do so without corrective state action.

Today, various „neutrality“ laws in Germany prohibit state employees in schools and in courts from wearing a kippa in the performance of their public-facing duties. The push for such provisions, buoyed by judicial approval, is only growing. The imagined need for „strengthening religious and ideological neutrality“ (cf. the draft law in NRW) is apparently of vastly greater importance than a Jew’s religious freedom. Furthermore, these laws tell us plainly that our kippa is not-neutral. My identity is considered—by law!—to be alien to German law and education. To wear a kippa is to wear a symbol coded by the state as biased or prejudicial. An Orthodox Jew is the same person with the same beliefs, with or without his kippa. What the state cannot tolerate is the revelation of this Jewishness in the administration of its law and in the education of its children.

This state intolerance of the kippa is not unconnected from the anti-kippa threats in the streets. This de jure discrimination against Jews is only one step removed from violence against Jews. For one thing, the normalization of discrimination results in bias-motivated violence becoming more accepted. (See the Anti-Defamation League’s Pyramid of Hate.)

But even more, the state is itself engaged in an act of violence when it bans the kippa. The state confronts its Orthodox Jewish teachers and judges with a choice: strip the kippa (or for Orthodox Jewish women, the headscarf) from your body, thereby violating an obligation of Jewish law, or else suffer the penalty backed by the sovereign force of German law.

„Legal interpretation takes place in a field of pain and death,“ the American Jewish legal scholar Robert Cover wrote in his acclaimed 1986 article Violence and the Word . Of course, the kippa ultimatum does not implicate death. But it does implicate pain, of the financial, emotional, and spiritual varieties. The complexities and depths of that pain go unrecognized by the state. „The perpetrator and victim of organized violence will undergo achingly disparate significant experiences,“ Cover said. „For the perpetrator, the pain and fear are remote, unreal, and largely unshared.“

Moreover, this paternalistic response of the state to the observant Jew is not an anomaly but rather a central theme of German thinking about Jews. During the Enlightenment, the Jews‘ biggest supporters argued that Jews should gain citizenship in exchange for relinquishing their „backward“ Jewish practices. Christian Wilhelm von Dohm argued in Concerning the Amelioration of the Civil Status of the Jews (1781) that a government had a prerogative to „endeavor to weaken the influence of [particularist Jewish] principles, by general enlightenment of the nation, by furthering and advancing its morals independently of religion…“ And he specifically advocated a preference for Christian over Jewish applicants for public office, „at least until the Jews by wiser treatment are changed into entirely equal citizens and all differences polished off.“

How little things have changed.

The legal case against neutrality laws is far from a slam dunk. I certainly do not intend to litigate the constitutional and human rights details here. And even if by some miracle neutrality laws were voluntarily repealed, I cannot claim that this alone would be sufficient for Jews to feel comfortable enough to wear a kippa freely in Germany. Although, to be sure, it would have a major life-improving impact on the handful of Orthodox Jewish public servants, as well as on countless Muslim women who are discriminated against on the same basis.

What I wish to emphasize here is the democratic failure. The failure to actively engage and listen to those Jews who are directly affected, those Jews to whom non-Jews supposedly wish to lend their support. The failure to ask the obvious questions: Why do you hide your kippa, and what can we do to guarantee that you feel free to wear a kippa openly?

The author thanks Dr. Dana Schmalz and Dr. Hannah Tzuberi for their invaluable input. 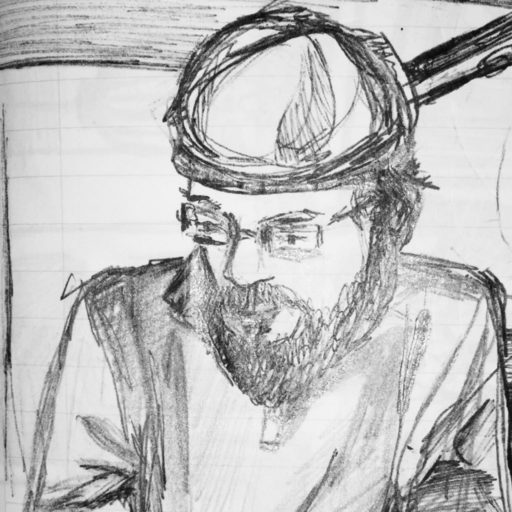 Other posts about this region:
Deutschland 1 comment Join the discussion
Go to Top