On 28 June2021, the Supreme Court of Mexico with an 8-3 majority declared with a general effect that an absolute ban on “recreational” marijuana use —or more specifically of its psychotropic component called “tetrahydrocannabinol” (THC)— is unconstitutional. This was only the second time in history that the Supreme Court issued a general declaration of unconstitutionality (DGI) (Declaratoria General de Inconstitucionalidad 1/2018), which represents a step forward in the long and winding road for a comprehensive cannabis regulation in Mexico. However, the judgement still leaves some aspects unresolved. Hence, the decision proceeds into the right direction but is still insufficient. For one, it took more than six years since the first resolution on the subject to declare the challenged norms unconstitutional with a general effect erga omnes, but apparently adults (18 years and older) will still have to apply for permits for self-cultivation and self-consumption of marihuana containing THC, and the authority cannot deny such permits.

A historic declaration of unconstitutionality

The decision is historic not only because it is just the second time that the Supreme Court employs this mechanism of constitutional control or review since it was added ten years ago through a reform to the Constitution, but also because the court declared with a general effect —as has been consistently holding in similar cases— that an absolute prohibition on marihuana consumption is unconstitutional due to its disproportionate effect. In fact, the tribunal acknowledged the autonomy of individuals to make free and responsible choices by themselves, and guaranteed the principle of self-determination and thus the freedom to decide about their lifestyles, without undue intervention of the State and other members of society, who might end up imposing —or at least trying to impose— their prejudices upon others.

The peculiarities of Mexican constitutional review

Second, the prevailing model of judicial precedent in Mexico has been an indirect one, requiring the reiteration of the same line of argument in five consecutive and uninterrupted holdings, all with the supermajority requirement of the following paragraph. Now, a model of direct precedent, which was included through a constitutional reform in March of this year, is conferred but only for decisions of the Supreme Court meeting the same supermajority requirement.

Third, in both models —the previous indirect and the current direct— the decision of the Supreme Court has a general effect, meaning that the normative portion struck down cannot be enforced to everyone, as long as it has a supermajority either in a plenary session of at least 8 out of 11 justices, or in a panel session of at least 4 out of 5 justices (articles 222 and 223 of the Ley de amparo). If a given decision does not meet that requirement it will have a mere relative effect —applicable only to the petitioners on the case at hand.

Fourth, the DGI procedure, according to the third paragraph, section II, of article 107, of the Constitution, establishes that whenever a jurisprudence is reached determining the unconstitutionality of a general norm, the Chief Justice will inform the responsible authority or authorities, which will have 90 days to make the amendments necessary to overcome the problem of unconstitutionality. The Supreme Court will check automatically whether the authority or authorities did comply or not, and if they did not the Court is granted with a power to issue a DGI and to establish its terms with general effects as long as it reaches the supermajority requirement of 8 out of 11 justices.

The criteria of the DGI follows from the fact that Congress did not amend the unconstitutional norms, despite counting with three further extensions of 90 days —two since the COVID-19 pandemic — and from a series of panel decisions of the first chamber (Primera Sala). The first decision can be traced back to the panel session of 03 November 2015, in which the Court with a majority of 4-1 in a writ of amparo (Amparo en revisión 237/2014) held for the first time that an absolute ban on marihuana use was unconstitutional, by requiring a permit from the health ministry (Secretaría de Salud), via the federal commission for sanitary risk prevention (COFEPRIS). Thereby, the Court not only granted the amparo allowing the petitioners as individuals to cultivate and consume their own cannabis for personal use, but also called in the federal executive and legislative to review the drug policy, in general, and cannabis, in particular. Since then, the first chamber of the court consistently ruled in four further cases demanding a similar writ of amparo (Amparos en revisión 1115/2017, 623/2017, 547/2018 and 548/2018), all meeting the supermajority requirement with a 4-1 vote (it is worth to mention that different justices were in the majority, while the same justice was in the minority in the five cases). As already pointed out, the 5 different writs of amparo were strictly necessary before the reform of this year to constitute a jurisprudence, i.e. indirect precedent. Nowadays, a single decision will be enough, i.e. direct precedent, while the DGI procedure verifies whether the responsible authority or authorities complied with the supermajority requirement of 8 out of 11 justices. In this case, it was clear that Congress did not comply and so it was a bit odd that the decision was barely an 8-3, when it should have been a unanimous one.

The Supreme Court’s ruling allows cannabis cultivation for personal use

In that sense, the most recent ruling of the DGI merely confirmed a previously established line of jurisprudence, and a series of precedents striking down laws that banned the use of what is called “recreational” marihuana. The remaining norms in question —since some were modified throughout the years— were mainly parts of articles 235 and 247 of the general health statute (Ley General de Salud), which established that permits were allowed only for medical and scientific purposes, and as such prohibiting other personal uses.

The immediate effect of the Supreme Court’s ruling is clearly to allow adults (18 years old and older) to cultivate and consume their own cannabis for personal use, but some analysts believe that adults will still have to apply for permits from the administrative authority. This is clearly absurd, not only because the authority cannot deny such permissions, but also because it does not require permissions to cultivate or even consume other substances, such as alcohol or tobacco. If challenged, I believe the requirement of applying for such permits will be found to be discriminatory and unconstitutional as well.

The final version of the decision (Engrose) was published 15 July 2021 establishing the general effects of the DGI and its implications:

1) The permits will be granted to adults and only for the self-cultivation or self-consumption of cannabis, including marihuana and THC, and not of other substances;

2) The administrative authority has to issue guidelines on the subject, including the limitations on its commercialization, transportation, and so on;

3) The permits must explicit that the self-cultivation and self-consumption of marihuana does not allow the holders to violate third parties’ rights and so a series of prohibitions will remain in place; and,

4) The Supreme Court exhorts Congress to legislate regarding marihuana self-cultivation and self-consumption, to provide certainty to the consumers, which are still in grey zones expose and vulnerable, not only to arbitrariness and persecutions but also to prejudices and stereotypes.

While the ruling is a step forward, a much more integral regulation of drugs, in general, and cannabis, in particular is still needed. Since the story is to be continued, let me provide some open questions of what comes next: Will the executive and the legislative branches finally understand that their names have been called upon all this time to regulate accordingly or further strategic litigation is necessary? Will the authorities continue to take small steps, one at the time, or make a giant leap, once and for all, in the revision of drugs policy, in general, and cannabis, in particular?

Explore posts related to this:
Cannabis, Mexico, marihuana, marijuana use 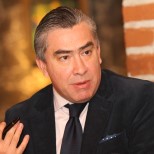 Explore posts related to this:
Cannabis, Mexico, marihuana, marijuana use

Other posts about this region:
Mexiko No Comments Join the discussion
Go to Top