Afghan Women and Resistance to the War on Terror

I usually start my writing on resistance with a note on listening. My note somehow acts as a warning against the powers of salient international legal narratives that govern our agencies and as an assurance that there is a way out of those salient frameworks by simply listening.  Fred Moten’s work furthered my understanding of listening to the act of ‘figuring it out’. Listening becomes a form of responsivity and not a reactionary practice.

My responsivity to the persisting war on terror and the rise of Taliban emanates from the urgency to ‘figure out’ an anti-colonial consciousness and to actualize the conditions of postcoloniality. The short answer to my responsivity is that the Taliban does not fulfil such urgency. In this short reflection, I treat the rise of the Taliban in its imperialist context and choose to work through Afghan women’s mobilisations that have taught me how to attend to persisting colonial relations in the conception of agency in human rights. I am also alerted of the politics of survival that govern those mobilisations beyond the liberationist narrative that has been utilized during the US-led invasion of Afghanistan and through the current return of the Taliban to power.

In the blog post, I start by briefly examining the link between the war on terror and the function of human rights practices in shaping gender struggles. Then, I analyse the conditions of action that Afghan women navigate in their resistance. I suggest that Afghan women’s experiences are integral to taking seriously the rise of consciousness and subject formation in a non-liberal domain. Their experiences are also important to challenge the function of human rights in reproducing gender norms. I treat the non-liberal domain as a counter-narrative to the conceptualisation of agency in liberal human rights practices. This counter-narrative questions the divide between the liberal and Islamic realm that has been determinantal to the operations of human rights in linking gender struggles to the war on terror.

Gender, human rights and the war on terror

Feminist international legal scholarship has been attentive to the gendered framing of the ‘war on terror’, specifically, in relation to proliferating practices of democratisation in third world societies. Practices of democratisation affirm a ‘moral culture’ to the international community that aims to eliminate suffering, while justifying humanitarian intervention as instrumental, necessary, momentary and exceptional. Such practices center the role of the Security Council in sustaining peace after the Cold War period under Articles 24 and 39, Chapters VI, and VII of the UN Charter. Article 39 gives the Security Council the jurisdiction to use of force in the case of a ‘threat to peace’, which has been interpreted broadly in Security Council resolutions to include breaches in human rights and democratic rule 1). A liberal attitude to the use of force has led to an increase in the legitimisation of the Security Council’s role and other regional organizations like NATO to assert their presence within ‘failed’ states.

The war on terror was never an exception. Postcolonial voices – like Paul Gilroy and Gayatri Spivak – have argued that the war on terror is an extension of colonial relations that are masqueraded with a salvationist rhetoric. This rhetoric creates a dehumanised radical subject (an ‘Other’) that becomes the object of fear and a gendered subject (i.e. Muslim women) that lacks agency and is in need of protection. The relationship between colonialism and human rights has been marked by a continuous production of lacking (gendered and racialised) subjects and a distinction between regressive and progressive societies. Gender becomes a way of reproducing those stratifications in human rights practices. Moreover, the UN adoption of resolution 1325 in 2000 on women, peace, and security has been integral for aligning women empowerment with calls for humanitarian intervention. The resolution assumes that the inclusion of women in humanitarian missions offers a gender narrative to security. However, as Ratna Kapur argues, resolution 1325 does not offer a counter-narrative to security. The resolution co-opts gender struggles to the ‘forceful rhetoric of protectionism and “Othering”’, while women are inconceivable in their actions.

I utilise the tactical cunnings of Afghan women to recollect their consciousness from the liberal domain that perceives them as incomplete subjects. By tactical cunnings, I am referring to actions that sustain the capacity to resist, when such resistance is conceived as impossible in the humanist and gendered framework. This framework portrays Afghan women as victims in their social relations. Elaheh Rostami-Povey’s work exhibits how Afghan women have been challenging gender relations internally and globally. Rostami-Povey contextualises gender struggles in Afghanistan within the material conditions that have shaped the political and social realm during the Taliban rule, the civil war period, and the US-led invasion. Different phases have influenced the tactics that women use to maintain their collective spaces. For example, during the civil war period, survival was the main aim. Afghan women resorted to creating networks (like the Women’s Association of Afghanistan) with other women from their neighbourhoods and across different classes to build social ties, while others migrated and formed those communities in diaspora. Women employed these networks to build economic opportunities, navigate ethnic conflict and create a safe space for each other. Their networks were integral for teaching each other skills to generate incomes (i.e. carpet weaving workshops, language and computer classes), creating necessities and markets among women (i.e. exchanging clothes they make for other products), and shielding each other from forms of violence that they faced during the war. Afghan women understood the restrictions on their mobility internally and in diaspora, and organized accordingly. As Rostami-Povey outlines, one way their secret networks have thrived internally were through participating in UN-backed food aid distribution, which the Taliban approved of (and were usually led by pro-Taliban women), in order to circulate knowledge and create secret schools for children.

In documenting women’s resistance, Rostami-Povey work makes space for the tension between pro- and anti-Taliban women. Yet, the two positions (with or against the Taliban) come from a power structure in which the Taliban are a product of imperialist modes of governance. That is to say, the choice is not between a ‘regressive’ or ‘progressive’ stance. The two political positions are communicative of different stages of women’s struggles and gender relations that surpass this divide. A way of understanding the move beyond the liberal/Islamic divide is through Saba Mahmoud’s work 2).

Saba Mahmoud documents the authority of Egyptian women who work in mosques, a male-dominated sphere. While it is arguable that the work of Egyptian women in mosques disrupts the authority of a male Islamic jurist, this argument reduces their actions to align them with a pre-supposed liberated identity in the divide between liberal-secular societies and Islamic-regressive societies. Mahmoud delves into power structures that are dismissed in creating the liberal/Islamic divide. She signposts that Egyptian women have validated their work in mosques through the same source of authority that has deemed their presence illegitimate. For that, Mahmoud questions the utility of the liberal notion of autonomy for grasping the basis of action of Egyptian women. The work of consciousness in the liberal domain is typically linked to the desire for autonomy. Mahmoud’s premise invites us to work through power structures that limit and, at the same time, shape the agencies of women. Her work affirms that our agencies do not precede power relations. Rather, we are informed by those relations in our actions and how we come to relate to our agencies.

Contesting the politics of liberation

Analyzing the various positionalities of women in Afghanistan while moving beyond the liberal/Islamic divide requires not falling for the ‘rhetoric of salvation’. With the fall of the Taliban in 2001, the US-led invasion (and the ‘reconstruction phase’) has left Afghanistan without the rudimentary social, economic and political infrastructure. Women’s mobilisations continued against patriarchal structures while attending to the western gaze that has labelled them as essentially agentless Muslim women. In ‘Do Muslim Women Really Need Saving’, Lila Abu Lughood disassembles the justification of the war on Afghanistan in Laura Bush’s 2001 notorious speech. Bush associated the war on terrorism with ‘a fight for the rights and dignity of women’ and the liberation of Afghan women from the Taliban. Through this salvationist narrative, liberal human rights practices played an essential role in the justification of the invasion and the sustenance of the war on terror.

Afghan women have challenged the liberationist narrative even in their work with international NGOs, which for some was a safe space to work as Rostami-Povey pinpoints. During the invasion, Abu Lughood notes that the struggles of Afghan women were reduced to that of a burqa. In Laura Bush’s speech’s narrative, the burqa (and any form of veiling) is taken to signify oppression. With the current return of the Taliban to power, women have also been central to sustain their power structure. Speeches of Taliban officials on their support of women’s rights ironically reflect the same narrative in Laura Bush’s speech; they are freeing women from the shackles of oppression.

Against the salvationist narrative, Abu Lughood draws on a space in which diverse practices in which Muslim women choose to wear or not to wear any form of veiling surpasses the objectification of Muslim women in liberal feminism. In Rostami-Povey’s documentation of Afghan women’s testimonies, wearing a burqa was one of the ways that made mobility for women possible during the invasion because they would not feel safe otherwise.

So, what is the function of human rights discourse in all this? Practices of various international NGOs and UN organizations during the US-led invasion of Afghanistan have been marked with the salvationist rhetoric. One argument against this rhetoric would move us to the malleability of human rights, as a political instrument, in which the problem is framed around how to salvage human rights from its failures to lessen suffering and recognise the humanity and agencies of the ‘Other’ 3). But if we are to take seriously the role of human rights practices in the sustenance of the war on terror and the reproduction of ‘Othering’, then perhaps we ought to initiate from what is being communicated to us from the various experiences of Afghan women, who have been bending gender relations constantly. One way of listening would be to contextualise their basis of action in the consciousness that drives their experiences. Such work requires a lot of ‘figuring out’ the layers of repressions that mobilise Afghan women against gender norms that identify them (and others who do not conform to the image of a liberal agent) as inconceivable in their resistance. Possibly, through the experiences of Afghan women, we ought to think of the function of human rights discourse as one that enforces a guardianship over progressive ideals rather than one that nurtures postcolonial futures. 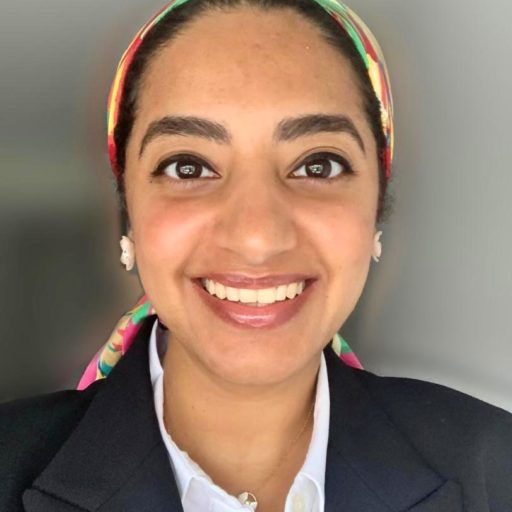