The securitization of deportations in Turkey

At the global stage, following the events of 9/11, there was a trend towards securitizing migration policies. Turkey experienced the same trend, albeit for different reasons. The country has historically faced large mixed flows of refugees and migrants, many of whom wish to reach Europe. Turkey’s national migration policies have been most affected by regional developments and/or those in the countries of origin of the refugees and migrants. These countries are often neighbours to Turkey (i.e. Iran, Syria) or have cultural ties with it (i.e. Afghanistan). When political instabilities and violence become more prevalent there, and affect local dynamics, Turkey has considered these developments to endanger its national safety and public order. Accordingly, Turkey has securitized its migration and asylum policy.

Even though 9/11 has had a significant impact on the global linking of migration and security, different triggers may be required for each country for the concrete effects of this approach to emerge. For Turkey, the developments are parallel but delayed. Turkish immigration policy, which was trending towards becoming more liberal and rights-based after 9/11, has suffered a serious break after a series of terrorist attacks in the country.

Preparation of a National Asylum Law: shifting of the Paradigm from “National Security” to “Human Rights”

Beginning in the late 1990s, a major factor influencing the policy environment in Turkey was its potential accession to the EU. The 2001 EU Accession Partnership Document (laying out a roadmap for Turkey’s full membership to the EU) and 2003 National Programme for the Adoption of the Acquis (establishing the government’s planned undertakings) showed Turkey’s willingness to carry out comprehensive legal reforms in line with the EU acquis by 2006. The reform process culminated in the 2005 Asylum and Migration Action Plan and outlined the tasks Turkey planned to follow to develop a fully-fledged asylum system.

During this period, the fields of migration and asylum (including the entry, stay and deportation of foreigners) were governed by laws dating back to 1950s, and a number of administrative acts, mainly the 1994 Regulation. Under Article 19 of the repealed Law on Residence and Travel of Foreignes in Turkey it was possible for a “mischievous” foreigner to be deported based on “general safety, political and administrative requirements”. During this period, the institutional perspective focused on the prioritisation of state’s sovereignty by granting broad discretionary powers to the administration. Despite a number of decisions rendered by the Turkish administrative courts favouring legal certainty and procedural guarantees, the migration and asylum regime remained largely arbitrary and concepts were broadly interpreted by the administration.1)

In 2008, the Asylum and Migration Bureau under the Ministry of Interior was tasked to prepare a draft law on migration and asylum. Following an intensive preparatory process between 2008 and 2012, Turkey recognized a solid rights-based asylum framework through the Law on Foreigners and International Protection – Law No. 6458 (LFIP) – which entered into force in April 2014. Academics, experts and UNHCR agreed that the inclusive way the LFIP was drafted showed a significant transformation in Turkey’s asylum policy.

The LFIP became the basis for international protection procedures and rights, entitlements and obligations of and for all persons in need of international protection. This right-based legal framework tried to counterbalance national security considerations by introducing specific provisions on administrative detention and deportation of foreigners. These included the prevention of deportation for individuals whose life would be in danger or where they risk of being tortured, and also procedural safeguards against arbitrary deprivation of liberty, improvement on duration and conditions of detention and ensured judicial review. The LFIP symbolised “a shift in mentality away from a purely security-driven approach to a human rights-focused one”, which is also evident in the transfer of authority in migration matters from the law enforcement to a civilian body.

A retrospective analysis of the adoption of the LFIP easily reveals the impact of commitments towards the EU, the fruits of UNCHR’s ongoing dialogue, and the direct pressure caused by ECtHR’s negative decisions against Turkey.

Under the LFIP, deportation decisions could be issued against foreigners only if there were serious reasons to believe that they posed a threat to Turkish national security or if they were convicted for an offence constituting a threat to the public order. The LFIP also allowed room for a judicial appeal against a deportation decision within 15 days, and prevented the removal of the appellant until the finalization of their appeal proceedings. This framework could be described as having an “automatic suspensive effect” of the appeal application against deportation, which is a constitutive element of right to an effective remedy, and in line with the Abdulkhani and others v. Turkey judgement.

Between June 2015 and December 2016, a couple of years after the promulgation of the LFIP, Turkey became the target of several terrorist attacks. 497 people lost their lives in these attacks and the number of injured exceeded 2000. The attacks were mainly carried out by ISIS and directly targeted civilians. In 2016, a significant increase in PKK and TAK attacks were observed. High-level officials emphasized Turkey’s willingness to combat terrorism, and pointed to the increased number of foreign terrorist fighter suspects against whom entry bans had been issued, and administrative detention and deportation decisions had been taken. At this turning point, the scales tipped towards securitization.

Following the aforementioned terrorist attacks, the legal framework was found to have not been sufficient to cope with security threats, some of which emanated from foreigners within Turkey’s protection system. Thus, major amendments were introduced in the deportation provisions and appeal mechanisms of the LFIP with the adoption of As per these changes, “being considered to have been associated with terrorist organizations designated by international institutions and organizations” was added as a new ground for deportation under Art 54/1/k, LFIP. Individuals who are considered “to be leaders, members or supporters of a terrorist organization or a criminal organization”, “to pose a public order or public security or public health threat” or “to have been associated with terrorist organizations designated by international institutions and organizations” could be deported at any stage of their international protection proceedings under Art 54/2, LFIP. These grounds remain largely vague and can be interpreted widely. More importantly, with the introduction of these changes, the automatic suspensive effect of appeals applications has been lifted. It became possible to deport even though appeals were pending. With these changes the administration exceeded the legal framework initially foreseen, which could easily be defined as “securitisation” of Turkey’s migration policy.

These legislative changes were heavily criticized by several actors including lawyers, NGOs and human rights activists. On the other hand, the Turkish Constitutional Court (TCC) has assumed a stronger protective function to safeguard the rights of deportees. Since the entry into force of the Emergency Decree 676, the most effective way to prevent removal has been to lodge an individual application before the TCC with a request for an interim measure. These are modelled after the individual complaint procedure of the ECtHR. Individuals can claim a violation of “any of the fundamental rights and liberties set forth in the Turkish Constitution and safeguarded by the ECHR and its Protocols”. While individual complaints to the TCC do not carry suspensive effect, an urgent interim measure can be requested by the applicants as per Article 73 of the Rules of Court on account of “serious risk on the applicant’s life, physical and moral integrity”.

The developments around the Emergency Decree 676 led to a significant shift in the TCC’s utilization of its interim measure decisions. TCC announced that it would start initiating the pilot decision procedure due to the existance of a structural problem in the legal framework pointing out in its Y.T. judgement that it had granted interim measure decisions in 90.5% of a total of 866 applications. Accordingly, the TCC started “temporarily suspending the deportation action” on the same day or within a couple of days’ time following the applicant’s request, even without undertaking a real assessment concerning the existence of a risk against the applicant’s physical and mental integrity. In May 2019, by the time the total number of applications to TCC reached around 1500, the TCC rendered a pilot decision, where it highlighted the lack of suspensive effect to prevent the risk of deportation pending appeal constituted a breach of Article 40 (right of an effective remedy) in conjunction with Article 17 (right to physical integrity) of the Constitution of the Republic of Turkey, and called for the re-amendment of the LFIP.

Additional Amendments to LFIP in 2019: Back to Track but not Fully on Trail

In December 2019, based on the pressure from the TCC, further amendments were introduced in the LFIP. They removed previous exceptions to the automatic suspensive effect of appeals against deportation decisions.

Despite this positive development, two major drawbacks snuck into the amendments. First, the appeal period against deportation decisions has been shortened from 15 to 7 days (Article 53/3). This shortening is expected to negatively affect those kept in administrative detention in the view of practical challenges for their access to legal assistance and legal aid from within the removal centres. Second, new reasons were added for the issuance of deportation decisions from the breach of the terms and conditions for legal entry, to include those who “attempt to breach” them (Article 54/1). This extension risks an increase in the issuance of deportation decisions. So as to avoid deportations of individuals in need of international protection, these provisions should be implemented in line with Article 8,2) LFIP allowing access to the international protection procedure for those in need of such protection.

All in all, the 2019 amendment did not completely reinstate the LFIP’s former protections concerning the deportation of foreigners, and occasional criticism on illegal deportations still take place. Although the changes also brought some provisions such as introducing alternatives to detention in Article 57/A, the change in the deportation provision was rather a minimum level amendment as directly forced by the TCC.

There is a general acceptance that following 9/11, migration policies were securitised globally. In the case of Turkey, we initially see the opposite; a strong right-based commitment in the early 2000s to regulate its migration and asylum framework; and the realisation of this commitment with the adoption of the LFIP in 2013. This period even overlaps with the emergence of the internal disturbances within Syria resulting in mass migratory movements towards Turkey. Increased securitisation within Turkey’s migration policy only occurred when the security threat materialised in its territory in the form of terrorist attacks, linked to some category of foreigners (foreign terrorist fighters) who originate from and/or are connected to Turkey’s neighbours. Durign this process the TCC assumed a proactive function to prevent potential human rights violations in the application of the LFIP. 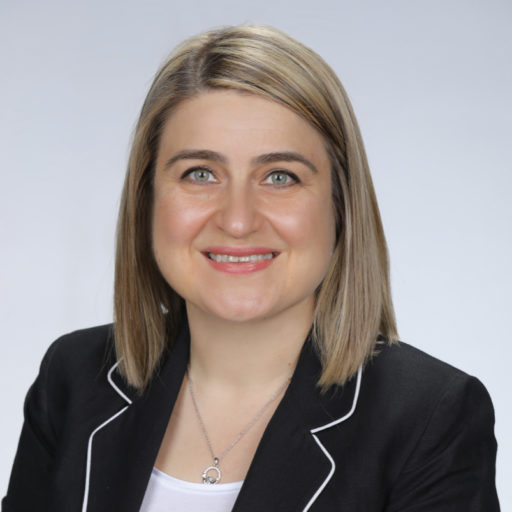 Ayşe Dicle Ergin Dr. Ayşe Dicle Ergin is Assistant Professor at the Faculty of Law of Bilkent University, Ankara, Turkey.
Other posts about this region:
Türkei No Comments Join the discussion