The legacy of the War on Terror in the Philippines

A total war against dissent and democratic decline

Twenty years after 9/11, the definitive problems of democracy globally relate to disinformation and illiberal intolerance. The Philippines, an illustration of post-truth politics that has engulfed the world, is wracked by tensions between families and neighbors on account of support or resistance to an aggressive campaign against illegal drugs. Government-abetted abhorrence towards drug addicts spill over to violent treatment of quarantine rules violators (called pasaway) as well as to attacks on journalists reporting on disfavoured issues and events. How has the War on Terror contributed to this scenario? Can respect for human rights be preserved by taming counterterrorism and can law reform be used to extricate the country from this malady? I argue that the War on Terror considerably contributed to a turn towards authoritarianism in the Philippines, and that law reform offers a very limited kind of remedy.

Philippines: the War on Terror as a war on dissent

Constructing the threat of terrorism

When US President George W. Bush declared a global War on Terror in 2001, the Philippines was among the first to join the “Coalition of the Willing”. The cash strapped and unpopular government of Philippine President Gloria Arroyo clearly saw opportunity in the renewed alliance with the United States. But there was a slight problem. Terrorism in the Philippines was an obscure phenomenon previously associated by some to enigmatic groups with links to the dirty tricks department of military intelligence. If the Philippines was to join an open-ended global War on Terror, a threat of terrorism had to be identified that was more formidable and enduring.

In the beginning, proponents of the War on Terror found a convenient target in the Abu Sayyaf group that operated in the unruly southwestern part of Mindanao. The Abu Sayyaf is easily the most notorious of the criminal gangs that engaged in high-profile kidnappings for ransom of foreigners as well as beheadings and bombings that cemented their fearsome reputation.

But the communists weren’t as fortunate. Their terrorist tagging by the US set off a chain reaction that led to the stalling of peace negotiations and the continuation of conflict.

The targeting of the CPP-NPA as terrorists also had profound implications for Philippine civil society and its ability to voice dissenting views. Filipino Maoist communists had for decades, in the struggle against the Marcos dictatorship and successive post-EDSA governments, shaped and influenced Philippine social movements. They contributed political demands for socio-economic reforms and created counter-cultural practices that deeply challenged neoliberalism and conservative hegemony. In the renewed all-out war against the CPP-NPA, aboveground left-wing activists among unions, peasant organizations, the political party Bayan Muna, and the like became fair game. Treated as fronts of the CPP-NPA and therefore also terrorists, the Philippine military subjected them to an aggressive grassroots campaign of vilification that resulted in hundreds of extrajudicial killings. Transnational human rights campaigning was to bring the rate of leftist killings down to a slow hum. But the devastating impact of these killings which continue to be felt in remote rural communities today mean the voices that used to decry land grabbing, environmental destruction, and human rights abuses against the downtrodden have largely been eliminated in those places. Impunity for the killings of activists gave the appearance of an unchanging and unchallengeable local reality.

What role did law play in all this? Philippine counterterrorism was largely an extrajudicial activity. Nevertheless, an anti-terrorism law was enacted in the Philippines in 2007, six years after 9/11. The legislation is an ambiguous artifact of the times, and its significance is contested. On the one hand, the Philippine anti-terrorism law was the product of international pressure for the country to register the new global abhorrence towards terrorist acts in the criminal law. It was also testament to an increasingly confident thrust towards human rights-compliant counterterrorism (a view that counterterrorism can be governed by law and be made respectful of human rights). Thus, the anti-terrorism law was dubbed Human Security Act to emphasise that what was being protected was not only state security narrowly conceived but the broader human security that included the freedom of individuals to enjoy rights.

On the other hand, the law was also vigorously opposed by a large part of Philippine civil society, i.e., those targeted by counterterrorist operations as we have mentioned. They were naturally not interested in embracing the War on Terror, and its institutionalization in the legal system. Instead, they engaged in campaigning against US military operations and the critique of terrorism discourse.

In practice, the anti-terrorism legislation was not utilized to transform counterterrorism from a predominantly extraordinary military activity into a normal everyday law and order activity where judges and lawyers in civilian courts might be expected to participate. Thus, for example, hardly anyone was prosecuted for terrorist acts defined under the anti-terrorism law, though military operations continued under the banner of counterterrorism. What the anti-terrorism law accomplished was not to tame or reign in counterterrorism as in the model of human rights-compliant counterterrorism, but simply to convey the international norms against terrorism into the Philippine setting. While extrajudicial killings were clearly illegal acts violative of human rights, the state could draw on international norms against terrorism to invoke a backdrop of an extraordinary fight against terrorists that gave its actions a veneer of legitimacy. That is to say, it reproduced the discourse of the War on Terror in the Philippines, that critics had warned would poison public discourse, heighten enmity and imperil dialogue and peaceful solutions to structural and social problems.

After the Philippines elected Rodrigo Duterte as president in 2016, human rights were challenged not only by the War on Terror but also by the War on Drugs which has overtaken it in terms of lethality. Duterte has risen to prominence as a politician who espoused an aggressive campaign against street-level drug peddlers and addicts, winning the highest office on election promises of killing tens of thousands of undesirables from the nation’s cities and towns. While targeting addicts not activists, the War on Drugs was also a war on dissent. It is also about controlling the space for alternatives to the socio-economic system he presided, as well as to his highly personal authoritarian rule. By scapegoating drug addicts for the ills of society, the War on Drugs deflected attention away from the real work of reforming failing economic policies and dismantling oppressive social structures. It also energised a substantial segment of the people, weaponizing them with disinformation, and unleashing angry virtual mobs against his critics.

Just as the War on Terror allowed, indeed required, the construction of terrorists, the War on Drugs enabled Duterte to construct the threat posed by illegal drugs. Indeed, he chose his targets almost at will. A central instrument of Duterte’s power was the matrices and drug watch lists with which he implicated hundreds of individuals in illegal activities without evidence and due process of law. Through these lists, Duterte pronounced on fates of everyone, judges, police and military officials, political rivals and local officials included. The War on Terror and the War on Drugs were not simply aggressive campaigns against ill-defined enemies. In an important sense, they provided a common template for exercising power and governing the people; the formula being simulate empowerment by rallying the people against undesirable, eliminable others (including the poor against themselves). By legitimizing executives’ exercise of violence against people whom they determined were fit for extermination or neutralization, and indeed mobilizing people’s support for these actions, the War on Terror and the War on Drugs have reshaped ideas and practices of democracy towards forms alien to constitutionalism and human rights.

It is perhaps telling that a new anti-terrorism law was adopted in the Philippines in 2020 at the height of the COVID pandemic in the Philippines. Seeing dangers in challengers and critics to his (mis)handling of the health crisis, Duterte securitized the pandemic. Even the spontaneous sharing of food and pantry items – the so-called “community pantry”, a nationwide phenomenon – was not spared from suspicion. Duterte engaged in a renewal of the discourse of terrorism by opportunistic enemies, casting the protesting hungry masses as manipulated by the left.

The new anti-terrorism law signifies a number of continuities. First, the continuity of the transnational pressure to keep international counterterrorism norms reflected in domestic laws. This pressure was perhaps best described as ritualistic. The siege of Marawi city in northern Mindanao by ISIS-affiliated groups in 2017 was easily framed by international counterterrorism technical assistance teams and legislators alike as the eruption of globally networked terrorism in Southeast Asia, warranting the updating of Philippine anti-terrorism law to the latest UN Security Council-instigated standards. The almost technocratic concern for keeping Philippine anti-terrorism law up to date ignored the politics of terrorism in the Philippines. It ignored the likely political consequences of further expanding the powers of police and executive officials in countering terrorism in the context of a government and society ditching liberal values and transforming into authoritarianism.

Second, we also observe the continuity of resistance to anti-terrorism legislation on human rights grounds, as shown by Philippine civil society mobilization against the new law. In the international plane, mainstream human rights advocates have more or less embraced the discourse of a perpetual fight against terrorism (almost as if terrorism was a natural catastrophic phenomenon like climate change), asserting only a greater role for legal frameworks and the observance of human rights in its execution. In contrast to the ritualism of international proponents of counterterrorism, the resistance to the new anti-terrorism law in the Philippines was deeply political, involving the awareness of the political significance of the law for Duterte’s hold on power at the time of COVID. It gestured towards an understanding of human rights, not in the legalist-reformist mode of perfecting the mechanisms of counterterrorism, but as providing a thoroughgoing critique of the discourse of terrorism as authorizing a mode of power and rule.

There is a thread connecting the old US-led War on Terror to the new war on drugs, human rights and facts in the Philippines. Intolerance to dissent and a legacy of the killings of activists in the immediate post-9/11 period underpin and animate the workings of Duterte’s War on Drugs, understood as a template of power. Through ritualism and profound disregard for the politics of terrorism, anti-terrorism law is implicated in the country’s march towards authoritarianism. As long as the reform of counterterrorism is captured by an imagination of a perpetual War on Terror, it is unlikely to contribute towards a way out of the country’s malady.

Explore posts related to this:
Freedom of Expression, Freedom of Press, freedom of information 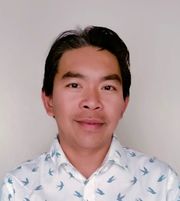 Explore posts related to this:
Freedom of Expression, Freedom of Press, freedom of information

Other posts about this region:
Philippines No Comments Join the discussion