What is wrong about global tax law? The Panama papers scandal is but the latest piece of a disturbing mosaic. We remember family foundations in Liechtenstein and spectacular arrests, the purchase of CD ROMS from former employees of Swiss banks by French and German tax authorities, reports on the „Double Irish with a Dutch sandwich“ that permitted multinational enterprises like Starbucks, Google or Amazon to reduce their taxes on non-U.S. profits to almost zero, we remember LuxLeaks and the tardy reaction of the EU Commission. The overall picture is a landscape of off-shore jurisdictions, but also tax havens within the EU and the U.S., that help multinational enterprises and wealthy individuals to save taxes, and that spoil all efforts to achieve tax equality.

The dual character of tax havens

Typical tax havens have a dual character. First, many of them can be used to hide assets and income from the tax authorities in high-tax countries. Unlawful tax evasion (in many countries a punishable offence) is usually committed by wealthy individuals who control, and benefit from, off-shore letterbox companies, trusts, foundations or private investment funds. From a tax law perspective, such white-collar criminality is a challenge on the level of law enforcement, while it does not prove loopholes in, or a structural weakness of, substantive tax law.

Second, however, tax havens provide beneficial tax legislation, often combined with a lenient administrative environment. In this respect, tax law itself is at stake. Focussing on lawful arrangements, recent debates have revealed a worrying weakness of both substantive and procedural law of all levels and sources – of bilateral tax treaties and multilateral conventions, of EU Directives and the Commission’s state aid practice, but also of domestic statutes and sub-statutory regulations and guidelines.

As far as substantive law is concerned, the object and purpose of international tax rules follows a traditional dualism. It aims at reconciling fair burdens for taxpayers with inter-nations equity or, briefly, iustitia distributiva and iustitia commutativa.

With a view to the fair imposition of taxpayers, international tax law strives for neutrality. While keeping tax law in their sovereign domaine réservé, States are committed to avoid both double taxation and double non-taxation. In the State-taxpayer perspective, the design of international tax law is based on the vision of level playing fields. International and supranational coordination aims at putting cross-border cases on equal footing with purely domestic cases. In the absence of a (full) harmonisation or approximation of tax law across countries, the purely domestic case is the benchmark for either inbound investments of non-resident investors (where their home state exempts foreign income) or outbound investments of residents (where a state taxes world-wide income of its residents but credits foreign against domestic taxes).

What about the horizontal dimension? If states are ready to follow the philosophy of one-time taxation, they need to assign taxing rights between the source state(s) and the residence state(s). After almost 100 years of modern double taxation conventions, the overall picture is generally favourable to source states. Apart from royalty earnings and inter-company dividends, all major items of income are assigned to the source state. The state of residence retains a subordinate right to tax foreign-sourced income, especially where such foreign income is ephemeral, as in cases of short-term activities.

Nevertheless, many major multinational enterprises (MNEs) pay a significantly higher portion of their global taxes at home, as compared to the source states. Already today, it is difficult for MNEs (both from a legal and a political perspective) to escape statutory taxation in their home state.

Considering group-wide tax burdens of (often) 10-20 per cent, as compared to statutory tax rates of 30+ per cent in all major industrialized home states, the reason for the disproportion of domestic vs. foreign taxes are shortfalls in the taxation of foreign-sourced income. While the general public associates this asymmetry mainly with powerful IP firms like Amazon, Apple, Google or Microsoft, classical sectors of industries on both sides of the Atlantic (including the German car industry) are not entirely unfamiliar with the asymmetry either.

The starting point for intensive political debate and activism is a joint British-German initiative after the British Starbucks scandal in 2012 which soon emerged as the global G20/OECD project on Base Erosion and Profit Shifting (BEPS). By October 2015, OECD presented far-reaching proposals for more national anti-abuse legislation, sophisticated refinements of bilateral tax treaties and improvements in mutual administrative assistance between the participating countries.

It is remarkable, however, that the entire BEPS discussion is very asymmetrical in itself. Base erosion invokes neutrality. This part of the BEPS project brings about mechanisms to prevent patterns of hybrid mismatches. They are partly status-related (mismatch on the characterisation of trusts or partnerships as transparent or opaque), partly income-related (deduction of expenses in one State, but no corresponding inclusion of the payments in the other State; double deduction of expenses or losses). More than in the past, countries should use so-called linking rules in order to adapt their domestic tax treatment quite flexibly to any particularities of the other states involved.

By contrast, identifying phenomena of profit shifting is an intricate and difficult endeavour. In the traditional antagonism of source vs. residence, neither of these two connecting factors has a natural prevalence over the other. Moreover, neither source (sc. of certain assets or items of income) nor residence (sc. of the taxpayer company) can always be identified at a sufficient degree of legal certainty. The Panama papers show sophisticated arrangements of multi-tier groups of legal entities, transparent or intransparent, where the formal shareholders need to be identical with the „beneficial owners“ (economic beneficiaries). On the side of source, the production of goods can hardly be pinpointed in times of long production chains where multiple steps and stages of added value are spread across countries and continents. Even more difficult are source rules for de-materialized provision of technical services and, above all, for passive income from the use of capital assets and intellectual property. In the absence of a law of nature on the „real“ origin of dividends, interest or royalties, it is up to lawmakers to determine which of several competing states should be entitled to withhold taxes at „source“.

The paradigm shift: States should negotiate information, not money …

It is true that the BEPS project includes some attempts to shift tax revenue from the industrialized OECD states to emerging economies – not at the least because OECD itself has an interest to accept these economies as new members. A common narrative to justify these attempts is „market access“. MNEs are said to earn their profits not where they create ideas and produce goods, but where customers are located. Market access might indeed legitimate taxation from the perspective of political economy. Looking at tax systems in their internal structure, however, it is evident that market access justifies taxes on consumption (above all, value-added taxes but also sales taxes and comprehensive goods and services taxes). By contrasts, typical taxes on profit-generation are personal taxes of the supplier. Assigning a fair share to typical countries of destination does therefore not require a re-configuration of the source vs. residence rules.

Far more important is the levelling of information asymmetries. It is striking that the most significant parts of the BEPS project are not about the distribution of taxing rights on the horizontal level. They concern issues of transparency and exchange of information. Information is the new currency of international tax policy. Countries have successfully developed techniques and strategies to enhance the flow of tax-relevant information across borders. Since 1977, the EU (then, EEC) has constantly improved and refined its Directive 2011/16/EU on Administrative Cooperation in the Field of Taxation. The U.S. FATCA legislation and pertaining international treaties with a couple of European jurisdictions (including Switzerland and Germany) urges foreign banks to deliver, directly or indirectly via the local European tax authorities, tax-relevant information on foreign accounts of U.S. citizens or U.S. residents to the Internal Revenue Service. Parallel multilateral agreements have been signed by an impressive number of developed and emerging countries world-wide.

… and give democracy a chance.

Above all, however, lawyers should reconsider the traditional core of parliamentary power to tax. Democratic assent to the imposition of taxes needs to be informed consent. As long as lawmakers cannot assess the economic impact of existing and new tax rules in a global environment, lawmaking is a blind flight. The same goes for the checks-and-balance perspective. As long as parliamentarians, media and the general public are denied access to the administrative practice of tax authorities, the executive branch remains uncontrolled.

It is true that individual rights to privacy and tax secrecy are at stake – and, at least in some developing and emerging countries, even the personal safety of wealthy individuals against violent criminality including kidnapping. More often, such scenarios serve as a scanty cover-up for overdue tax information reforms.

Almost 25 years ago, the Bundesverfassungsgericht has convincingly employed the right to equality when it assigned a verification duty to the tax authorities (BVerfGE 84, 239 (285)). More than ever, tax equality, the rule of law and the overarching need for democratic legitimacy and control of governments require a better balance of declaration vs. verification. Especially where no intimate facts are at stake, a perforation of the tax secrecy can be justified by the objectives of equality, democracy and the rule of law.

Most remarkably, countries like Sweden and Switzerland have a much better culture of tax transparency than their middle neighbour. Where tax authorities reveal the identity of the best taxpayers in town, paying taxes might not automatically obtain a more positive connotation. However, it installs a sound peer-review system among taxpayers in the general public. Even Austria, Canada and the U.S. are ready to publish administrative decisions („rulings“) which, on request of a taxpayer, provide legal certainty not only to the applicant but simultaneously to all competitors. The real opportunity of the BEPS project, and a noble challenge behind the Panama papers is this: to elaborate an equal system of global tax transparency. And if it is only to realize the potential of tax cuts for those who had never escaped their fair share. 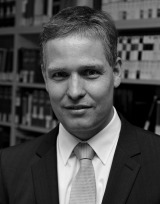