A 2010 Council of Europe report raised allegations that serious crimes were committed by members of the Kosovo Liberation Army (KLA) during the 1998-1999 war in Kosovo as well as in its immediate aftermath. The result of that report was the establishment of a parallel judicial structure that should prosecute and try the alleged war crimes: The Kosovo Specialist Chambers and Specialist Prosecutor’s Office. Having hardly taken up its work, the Specialist Prosecutor’s Office was already put in its place for disregarding the fundamental rights of one of the accused.

The establishment of the Specialist Chambers and Specialist Prosecutor’s Office

After it had been argued that crimes committed during and after the Kosovo war were not properly investigated, neither by the international missions, nor the Kosovan authorities, the EU requested Kosovo to establish a “Specialist Court” in order to address these allegations. In 2015, and after immense difficulties, two thirds of the Kosovar Parliament voted to amend the Constitution. It was supplemented by an article concerning the judicial system in Kosovo: Article 162 established new judicial chambers and a prosecutor’s office in order to fulfill Kosovo’s international obligations in relation to the Council of Europe report alleging crimes perpetrated by certain former Kosovo Liberation Army members during the 1998-1999 Kosovo-Serbia war and in its aftermath. The Specialist bodies were to investigate, prosecute, and adjudicate based on these allegations only. Given the sensitivity of the matter and with some of the suspects holding the highest offices in Kosovo, discussions leading to the vote caused quite a stir in Kosovo. Nonetheless, under international pressure the “Specialist” bodies came to life.

The Specialist Chambers and the Specialist Prosecutor’s Office are peculiar in many respects. Both are seated in The Hague and their jurisdiction is limited to certain crimes against humanity, war crimes and other crimes under Kosovo law which allegedly occurred between 1 January 1998 and 31 December 2000. Furthermore, they exclusively employ foreign staff.

The Case of Hasani vs. Specialist Prosecutor

Three years after its establishment, the Specialist Prosecutor’s office mailed the first summons to Kosovar suspects. Among others, on 20 December 2018, the Specialist Prosecutor’s Office sent two documents to a former KLA commander, Mr. Mahir Hasani: the first document, a summon to appear for questioning before the Office and, the second, an order to produce certain documents and information. If he were not to produce the documents, the Prosecutor’s Office warned, his refusal would amount to contempt and could entail enforcement measures.

Mr. Hasani referred the issue to the Specialist Chamber of the Constitutional Court, arguing that such an order violated his rights. In particular, he relied on Articles 30(6) and 31(5) of the Constitution of Kosovo, which provide for his right not to testify against himself or admit his guilt as well as the presumption of innocence – the latter guarantee also being enshrined in Article 6(2) of the European Convention of Human Rights. He thus asked the Chamber to find that the Prosecutor should annul or, alternatively, revoke the order. Additionally, he requested an interim measure suspending the order until the referral was determined. The Chamber suspended the order insofar as Mr. Hasani had to provide specific documents and information, after the Prosecutor had submitted further documents. A week later, the Special Prosecutor withdrew his order and requested the referral to be dismissed.

In light of the developments that took place after the referral, the Constitutional Chamber declared the referral inadmissible. It took into account the early stage of the proceedings and the fact that the Applicant requested the Court to find the order void or order its revocation – which was obsolete once the Special Prosecutor had withdrawn the order. The referral had not been determined yet and, on another note, it would have had to overcome the principle of exhausting all legal remedies which applies to all constitutional referrals, even those to the Specialist Chamber of the Constitutional Court.

While the dismissal vindicated the Prosecutor’s Office from any human rights violation, the Specialist Constitutional Chamber compensated that part by dwelling on the probable violations that had been raised by the applicant. The Kosovan Constitution provides a solid framework for the protection of human rights that was rightly utilized by the Chamber. The Constitution has unilaterally adapted the main international human rights instruments and treaties, including the European Convention of Human Rights, and given them supremacy over the Parliament’s laws. Moreover, although Kosovo is not a Council of Europe member yet, the Constitution stipulates that rights have to be interpreted in accordance with the Strasbourg jurisprudence – hence, the Chamber clarified that the right to a fair trial as foreseen in Article 6 of the European Convention of Human Rights, applies for as long as someone is suspected to have committed a crime. Given that Mr. Hasani was suspected of committing a crime, the right to remain silent and the privilege against self-incrimination were applicable. Although the Chamber stipulated that it was premature to conclude that the overall fairness of the trial had been jeopardized by the order, it held that nonetheless making the applicant provide information under a threat, i.e. the warning to apply enforcement measures should Mr. Hasani not comply with the order, was of an impermissible nature. If proceeded with, it could have led to a situation defying the rights of the accused. In other words, the order of the Prosecutor was unlawful. The ruling is of crucial importance to the work of the Specialist bodies. The mere creation of the Chambers was regarded as unfair, given that the biggest share of the burden of justice in post-war Kosovo was on the international law missions which has in turn affected the overall credibility of foreign judges and prosecutors. Moreover, the authenticity of sources that the Council of Europe report referred to have often been questioned. The institutional approach in these initial phases is a prelude to the relationship to come between the Chambers and Kosovo’s institutions – and its society in general. The Specialist Chamber of the Constitutional Court therefore seems like a promising equalizer to the right of the accused cautioning the Specialist Prosecutor that it will indeed fully serve its mission to protect fundamental and human rights. 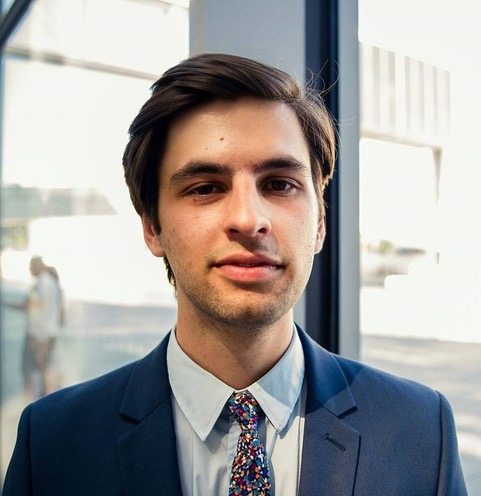 Lekë Batalli Lekë Batalli is a Research Fellow in International Law and the Rule of Law at the Group for Legal and Political Studies, a think-tank in Prishtina, Kosovo.