Patching a gap in the EU’s system of judicial remedies

In the judgment in case C-575/18 P last week, the Court of Justice closed a hole in the EU’s system of judicial protection: it ruled that judicial review of a Commission’s claim of own resources under Regulation 1150/2000 could be obtained through an action for damages for unjust enrichment based on analogous application of Art. 268, 340 (2) TFEU. This case shines a light both on the deficiencies in the EU system of legal remedies and on the approach of the Court of Justice in addressing them.

The dispute at issue between the Czech Republic and the Commission concerns the budget of the European Union, specifically the collection of the EU’s own resources. Under Regulation 1150/2000 the Member States collect and transfer to the Union certain tariffs and a portion of Value Added Tax. If a Member State fails to do so, the Commission addresses a letter to that Member State, demanding payment by a certain date. Should the Member State refuse to pay, the Commission can initiate infringement proceedings. Meanwhile, the demanded amount accrues interests (Art. 11 of Regulation 1150/2000: the respective central bank’s interest rate plus 2 percentage points, increasing by 0.25 percentage points each passing month). Considering that the average duration of an infringement procedure is 35 months in the prelitigation phase alone, the potential interest payments can be significant.

In 2015, the Commission addressed a letter to the Czech Republic alleging that it failed to collect tariffs on imports of pocket lighters from Laos. Consequently, the Commission demanded payment of approximately 2.1 million €.

Nevertheless, the Czech Republic brought three actions with the aim to obtain judicial review of the demand with at least one action: an action for annulment against the Commission’s letter demanding payment (T-147/15), an action for failure to act because the Commission did not initiate an infringement procedure (T-13/19), and an action for unjust enrichment in analogous application of Art. 268, 340 (2) TFEU (T-151/20).

The General Court (GC) rejected the action for annulment with an order that reiterated the previous decisions of the Court of Justice on the matter.

On appeal, the Czech Republic argued that the action for annulment should be admissible under Art. 263 TFEU in conjunction with Art. 47 of the Charter since it lacked any other judicial remedy.

In its judgment last week, the Court of Justice maintained that the Charter was not meant to affect the admissibility criteria of the different actions in the Treaties. The fact that effective judicial protection must be ensured, cannot confer legal effects on a non-binding letter (paras 51-64). This reflects the position of the Court of Justice that under Art. 47 of the Charter, it is primarily the task of the Member States to assure effective legal protection where a remedy under EU law is not readily available.

Since the Czech Republic claimed not to have a remedy in the present situation, the Court of Justice also examined the possibility of obtaining judicial protection by different means, thereby deciding the fate of the Czech Republic’s other two actions (paras 77-84).

The Court of Justice rejected a review through an infringement proceeding resulting from an action for failure to act (paras 77-80). This approach was favoured by Advocate-General Sharpston. She argued that the Commission should be obliged to initiate infringement proceedings when a Member State pays a demand of own resources with reservations. Since such repayment could be demanded by the Member State at any time, it does not constitute the realisation of the Member State’s duties under Regulation 1150/2000 if there was indeed a justified claim of own resources for the Union. Effective judicial review would be enabled by allowing a narrow exception to the complete discretion of the Commission to engage a procedure under Art. 258 TFEU.

It was unlikely for this proposal to succeed: the Court of Justice has consistently held that it is the Commission’s complete discretion whether it initiates infringement procedures or not (e.g. here, here and here). Such an obligation was the favoured solution of the Member States participating in the appeal, presumably because the Commission carries the burden of proof in infringement proceedings. Inevitably though, one exception to the Commission’s discretion leads to demands for the next and while the Court agreed that a payment with reservations can be grounds for infringement proceedings if the reservations are unjustified (paras 73-76), it did not want to oblige the Commission to initiate a procedure under Art. 258 TFEU.

Especially since there was an alternative to the revolutionary approach of Advocate-General Sharpston: an action for unjust enrichment. Both Advocate-Generals Kokott and Sharpston have considered this a(nother) possible solution. While the Treaties do not provide explicitly for such a remedy, in Masdar (C-47/07 P) the Court of Justice had previously ruled it admissible in analogous application of Art. 268, 340 (2) TFEU.

The reimbursement of undue enrichments is common to the laws of all Member States. While it does not constitute non-contractual liability of the Union in the strict sense, it would be contrary to Art. 47 of the Charter if judicial protection were denied solely because the Treaties do not make express mention of an action for recovery of unjust enrichment. Thus, where the Union was enriched by another’s impoverishment without legal justification, an action can be brought to recover the lost funds.

In the context of disputes between the Union and the Member States, there is one major argument against such an action: the GC would potentially rule on the infringement of the Treaties by a Member State, which is not its task but that of the Court of Justice. Still, the GC decides on the compatibility of state aid with the internal market and thus on an infringement of the Treaties by Member States already. Thus, the evolution brought about by an action for unjust enrichment is a minor one. The Court of Justice was undeterred by that counterargument in the present case.

One gap less in the EU’s system of judicial remedies

Member States now know how to challenge the Commission’s demands for own resources while mitigating adverse financial consequences: paying with reservations and initiating an action for damage based on unjust enrichment. They will then have to prove that there is no justification for the enrichment, e.g. because Art. 17 (2) of Regulation 1150/2000 lifted the obligation to collect the respective own resources.

While Regulation 1150/2000 is no longer in effect, its modus operandi was retained in Regulation 609/2014, so that judicial review will function in the same way in the current multiannual financial framework and presumably also in the next one.

A solution to this issue of judicial protection is welcome. While it is true that the high interest rates under Regulation 1150/2000 (and now Regulation 609/2014) are justified to ensure timely payments and thus the orderly financing of the Union, there should be a way for a Member State acting in good faith to remove doubts about the lawfulness of a demand without prohibitive additional payments. In this regard, it is commendable that the Court did not share the Commission’s apparent position that the Member State must bear the risk of an infringement procedure and the accumulating interest if they want to contest the Commission’s assessment.

Still, the search for the right remedy was onerous: it took six years of litigation with the involvement of five Member States only to establish how judicial remedy could be obtained. However, this is not the sole responsibility of the Commission. The Member States themselves are responsible as well. They rejected a Commission regulation proposal giving the Commission the power to issue binding opinions on outstanding own resources. While this would have given the Member States a legal act to attack with an action for annulment, they chose to maintain more limited powers for the Commission.

Despite the fact that this gap of effective judicial protection has now been closed, similar situations are bound to arise, if an applicant seeks judicial protection against an act supposedly without legal effect or if the applicant does not satisfy the Plaumann criteria. The Court of Justice will then direct him towards the Member States’ judicial system from where the case may be referred for a preliminary ruling.

As the present case illustrates, a reinterpretation of the Treaties’ system of judicial remedies based on Art. 47 of the Charter will only result from a situation where judicial protection cannot be achieved on a national level (e.g. when the Member States’ courts lack competence to adjudicate the matter): neither in Masdar nor in this case could the applicant be redirected towards a Member States’ court. Consequently, the Court could not refer them to the Member States’ courts – as it usually does – and closed the gap by broadening the criteria under which an action for damages can be brought.

To keep the promise of “a Community based on the rule of law”  where “neither its Member States nor its institutions can avoid a review of the question whether the measures adopted by them are in conformity with the basic constitutional charter, the   Treaty”, it is desirable that the Member States, the Commission and the Court work together more smoothly in the future to address any lacunae in the Union’s system of judicial remedies. 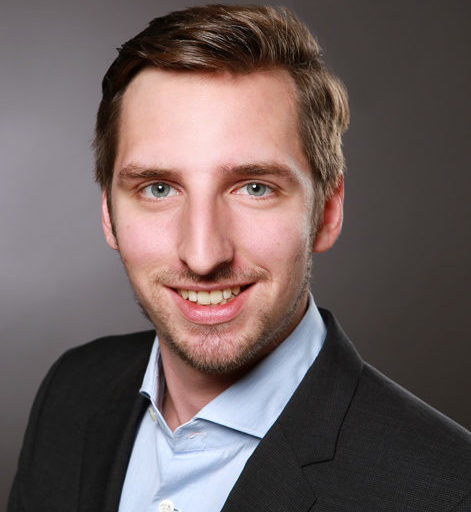 Other posts about this region:
Tschechische Republik No Comments Join the discussion
to receive information about new articles and services of Verfassungsblog.de. I know that I may withdraw my consent at any time. More information in the privacy policy.
Verfassungsblog complies with the new GDPR.
Read about it in our Privacy Policy. I opt-out
permanently of anonymized tracking via Google Analytics on Verfasssungsblog.de. This will create a cookie on your device to save your decision.
Go to Top