The ambiguous status of ‘retained EU law’ – this new category of domestic law consisting of the EU law applicable in the United Kingdom (UK) until 31 December 2020 – led the UK government to draft the Retained EU Law (Revocation and Reform) Bill, known also as the Brexit Freedoms Bill (‘the Bill’), with the promise to align retained EU law with ‘the UK’s priorities for unlocking growth’. The Bill was introduced for its 1st reading in the House of Commons on 22 September 2022. In the aftermath of three parliamentary acts (i.e. European Union (Notification of Withdrawal) Act 2017,European Union (Withdrawal) Act 2018 (EUWA), European Union (Withdrawal Agreement) Act 2020) and two Supreme Court judgments (Miller I and Cherry/Miller 2), the proposed Bill is the most recent effort of the government to achieve what it has not achieved so far: to scrap the supremacy of EU law once and for all or, to put it differently, to restore the supremacy of the UK Parliament which was allegedly lost due to the UK’s membership to the EU.

Interestingly, the rationale behind this legislative move can be traced in the words of the then Minister for Brexit Opportunities and Government Efficiency, Mr Jacob Rees-Mogg: ‘[N]ow that we have left the European Union the sovereignty of Parliament has been restored and we are free once again to legislate, regulate, or deregulate as this sovereign Parliament redux pleases […] we must reform the EU law we have retained on our statute book. Only through reform of this retained EU law will we finally be able to untangle ourselves from nearly 50 years of EU membershi[p]’. In ample words, the proposed Bill is not – according to the Minister’s view – about restoring parliamentary supremacy; this has already been achieved. Rather, it is a matter of reforming 2,400 pieces of legislation spanning over 300 individual policy areas what the ‘retained EU law’ represents (in numbers). The above extract, which is taken from the minister’s speech in the House of Commons three months before the Bill was presented in the Parliament, is interesting for an additional reason. If one pays attention to the language of the minister’s intervention, the constant use of the pronoun “we” is striking. Yet, the minister does not clarify who shall be responsible for this alleged “reform”: is it “we” the Parliament or “we” the government, or is it both? The answer would be revealing of how the government perceives the role of the legislature today.

Against this background, this short contribution seeks to illustrate, with the use of some examples, how the government’s legislative proposal threatens the fundamental principle of the UK’s constitution: parliamentary supremacy (‘PS’). Put simply, the Bill neither restores PS (assuming that there was anything to restore) nor does it strengthen its status. Far from it, it brings new challenges to PS which, despite the express repeal of European Communities Act 1972 by EUWA 2018, is still left in a paradoxical co-existence with EU supremacy.

In a nutshell, the Bill contains a “sunset clause” according to which ‘retained EU law’ will automatically expire at the end of 2023 unless extended for specific pieces of legislation until 23 June 2026 (sections 1 and 2). The law that is kept upon expiry of the sunset clause, or its extension, is classified as ‘assimilated law’ (section 6). Another key feature of the Bill is that the effects of the supremacy of EU law, the general principles of EU law and directly effective EU rights are terminated (sections 3-5).

Notwithstanding these, supremacy and all other EU principles and EU rights having direct effect can still find their way back to UK law. To explain briefly, sections 12 and 13 of the Bill allow ministers inter alia to restate retained EU law or reproduce sunsetted EU rights, powers, and liabilities via secondary legislation, respectively. More to the point, sections 12(6) and 13(8) prescribe that the restatement or reproduction may have an ‚equivalent’ effect to the supremacy of EU law, to general principles of EU law or directly effective EU rights. This, however, comes with a temporal limitation: the restatement power can be exercised until the end of 2023 while the power of reproduction until 23 June 2026 at the latest (sections 12(7) and 13(9)). Interestingly, based on the Memorandum from the Cabinet Office to the Delegated Powers and Regulatory Reform Committee accompanying the Bill (‘Memorandum’), the aforementioned powers cannot ‘substantively change the policy effect of legislation’ and ‘as a whole, relevant authorities should be able to achieve the same legal effect without relying on supremacy etc.’ Would this mean therefore that inconsistencies between other types of domestic law and restated/reproduced EU law were to be resolved in favour of the latter? In effect, what we can infer from the Bill’s Memorandum is the following: subject to the limitations prescribed by the Bill, retained EU law – including the supremacy of Union law – does not formally exist per se but its policy and legal effects are still alive under UK law. If that is the case, does the Bill introduce a de facto tension between supremacy and the PS principle, at the very least?

The supreme law-maker is … (not) the Parliament

Pursuant to the famous definition of PS by Albert Dicey,1) the UK Parliament has the unlimited power to make and unmake laws and courts have no power to set aside or invalidate parliamentary acts. The Diceyan orthodoxy, which has been recently affirmed by the Supreme Court in Miller I (para 40), is not reflected in the proposed Bill.

Specifically, the Bill is drafted in very abstract terms (‘skeleton Bill’) with the main result being that issues with important legal and policy implications, viz. not merely technical matters, shall be decided by ministers via secondary legislation. For instance, section 15 entitles ministers to completely revoke retained EU law or, alternatively, it allows them to replace it with another piece of law that has the ‘same or similar objectives’. To give another example, section 14(3) provides that a minister can make any ‘appropriate’ changes to the law with a view to ‘(a) resolving ambiguities; (b) removing doubts or anomalies; (c) facilitating improvement in the clarity or accessibility of the law (including by omitting anything which is legally unnecessary)’. Evidently, there is a great degree of discretion on the part of the ministers to decide whether any of the above conditions are met. To better understand the implications of these two sections and all other similarly-worded clauses included in the Bill, one should consider how ministers have so far used their powers under the EUWA 2018 and EUWAA 2020 acts. In less than two years, retained EU law has been amended or repealed 600 times by virtue of statutory instruments (SI). Without bringing anything innovative, ministers under the proposed Bill will also be entitled to adopt SIs to amend, revoke, or repeal retained EU law (Schedule 3). Of general note is that SIs can either be accepted or rejected by the Parliament; in other words, there is no possibility to amend them during the law-making process as opposed to primary legislation. Moreover, if one considers given that SIs become ‘law’ with minimal parliamentary scrutiny, their proliferation after Brexit is more than alarming for PS.

Over and above, highly problematic for parliamentary supremacy is that many of the Bill’s provisions, such as sections 12 and 13, are framed as ‘Henry-VIII’ clauses in that they empower the executive to take the place of the legislature by amending or repealing primary legislation. Noteworthy is that the inclusion of Henry-VIII clauses in the EUWA 2018 and EUWAA 2020 acts has already been criticised by the Constitutional Committee of the House of Lords on grounds that it gives minister ‘far greater latitude than is constitutionally acceptable’ in frustration of the separation of powers. Rightly so, one can wonder “where” the Parliament in all this is and whether it remains the supreme law-maker under the Bill.

A final point needs to be made about the continuing influence of the EU-related case law and its effects on PS. Ostensibly, the Bill gives greater flexibility to the UK judges to depart from the case law of the Court of Justice of the European Union (CJEU) which, as the law stands to date, is binding on UK courts provided that is was produced before 31 December 2020 (‘retained EU case law’).

If adopted as is, section 7 of the Bill – which amends section 6 of the EUWA 2018 act – will enable the ‘higher courts’ to deviate from retained EU case law. Innovatively, there is also the possibility for ‘lower courts’ and government officials to refer to the Supreme Court or the Court of Appeal asking whether they can depart from retained EU case law. On top of everything, the Supreme Court and the Court of Appeal will be able to depart from their own retained case law until 31 December 2020 (‘retained domestic case law’). This can be done if they consider it ‘right to do so having regard to (among other things): (a) the extent to which the retained domestic case law is determined or influenced by retained EU case law from which the court has departed or would depart; (b) any changes of circumstances which are relevant to the retained domestic case law; (c) the extent to which the retained domestic case law restricts the proper development of domestic law.’ Although the judges shall base their decisions in accordance with the “tests” set out by the Bill, it is clear that they will have to decide ad hoc whether the ambiguously-worded conditions, or any other conditions not listed in the Bill, are met. Inevitably, some level of judicial creativity is expected in this respect.

In light of the above considerations, section 7 of the Bill fails to ensure legal certainty, having also potential implications for the balance of powers among the three branches. In practice, though, it will not be easy for the courts to move away from the CJEU’s case law or their own despite the flexibilities introduced in the Bill. In the event, however, that a court decided to depart, for example, from the Factortame 2 ruling2) – which has been famously described as the “quiet death”of PS’ – this would be another big moment for PS.

With the date for the 2nd reading yet to be announced, there is still a long way to go before the Bill becomes ‘law’. The political context surrounding the Bill is unique. In less than 2 years, two UK Prime Ministers and governments – and a third en route – have been involved in the law-making process. However, since no general elections have been announced after the resignation of the UK Prime Minister Liz Truss, the balance of political powers within the Parliament – which effectively decides the fate of the Bill – will remain the same for the short-term. Therefore, the Retained EU law Bill is expected to continue its journey with the same political party holding the majority of seats in the House of Commons. Still, though, it remains to be seen whether the legislature will propose any amendments at a later stage. The Scottish government has already sent a letter criticising the Bill for its constitutional implications on devolution and the rule of law among other things. If there is one thing that is certain in these uncertain times is that the relationship between the UK Parliament’s supremacy and the supremacy of EU law remains one of ‚hide-and-seek’. 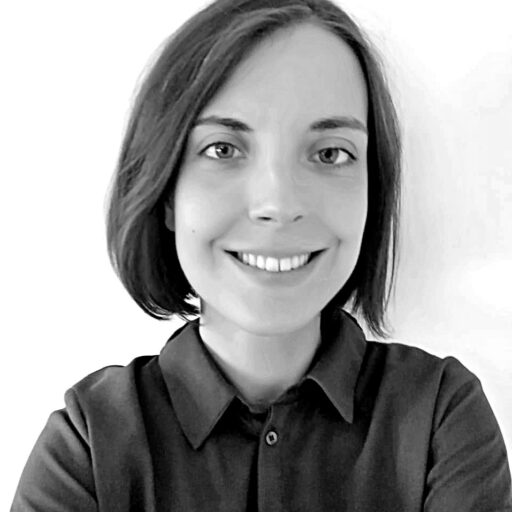 Other posts about this region:
Vereinigtes Königreich No Comments Join the discussion
pixel_not_set
Go to Top