The Applicability of International Law in Indonesia in 1945-1949

When Japan surrendered on 15 August 1945, the territories it had occupied during the Pacific War were suddenly confronted with a power vacuum. One of these territories was the Dutch East Indies, where nationalists led by Soekarno and Hatta proclaimed independence from the Netherlands. The Dutch rejected this declaration and for the next four years tried to firmly restore colonial rule, including through two campaigns of repression, called “police actions,” which were preceded and followed by much violence from the nationalist side as well. In December 1949, the Dutch eventually recognized the independence of Indonesia. A question seldom asked is whether international law was applicable in this tumultuous period. This intriguing question can be approached from two perspectives. One view, which I shall call the thin theory, holds that only a restricted set of international law provisions was applicable in those years. Another view, which I shall call the thick theory, claims that the full range of international law was applicable. These opposite perspectives will be discussed here in turn. They show how different views of the applicability of international law have very real consequences for individual lives and for the interpretation of history.

According to the thin theory only a few selected international law provisions were applicable in Indonesia since Indonesia was considered a Dutch colony in 1945–1949. Two such provisions have moral force. The older one is the Martens clause, which as a preambular paragraph of the fourth Hague Convention of 1907 stipulated that populations and belligerents in armed conflicts were protected by principles of humanity in all matters that the convention did not regulate. The more recent one is the Universal Declaration of Human Rights. The Netherlands had voted in favor of the Universal Declaration in December 1948, meaning that from then onward it had committed itself morally to observe its guarantees. In addition to these moral injunctions, the Netherlands ratified the United Nations (UN) Charter in December 1945 which contained binding provisions regarding non-self-governing territories such as Indonesia (or the Dutch East Indies). According to the thin theory, the fourth Hague Convention of 1907 itself and the Geneva Conventions of 1929 were not applicable because these instruments only covered international conflicts whereas the theory denied that the conflict in Indonesia was international. The Geneva Conventions of 1949, which contained minimum humanitarian provisions for non-international armed conflicts in their Common Article 3, were not applicable either because the Netherlands ratified them only in 1954 (after having signed them in December 1949, the month of the cession of sovereignty). In sum, if one accepts the thin theory, this was an internal conflict. As such, the protection offered by international law to victims of the conflict in 1945–1949 would mainly come from the UN Charter. The Martens clause and the Universal Declaration would offer additional moral protection.

In addition, the UN Charter was applicable to the Netherlands from December 1945 under the thick theory as well, although this time the scope of applicability did not regard the charter provisions on non-self-governing territories but rather the charter in its entirety. (Indonesia accepted the UN Charter obligations in September 1950.) And here also the Universal Declaration augmented the moral commitment for the Netherlands as from December 1948. However, treaties such as the Genocide Convention of 1948 and the Geneva Conventions of 1949, among others, were not applicable as these were ratified by the Netherlands after 1949 only. Interestingly, the Convention on Non-Applicability of Statutory Limitations to War Crimes and Crimes Against Humanity, which was adopted in 1968, contains a clause stating that it is applicable to atrocity crimes “irrespective of the date of their commission,” but this convention was never ratified by either the Netherlands or Indonesia. If, then, the thick theory is accepted, protection offered by international law to the victims of the conflict in 1945–1949 would mainly come from the fourth Hague Convention of 1907, the Geneva Conventions of 1929, and the UN Charter. And the Universal Declaration would offer additional moral protection.

The thick theory was barely accepted outside Indonesian circles at the material time, in 1945–1949, and near-consensus over the thin theory prevailed. However, the Dutch did not meet the international law obligations flowing from the thin theory, and they certainly did not live up to the larger obligations arising from the thick theory. Although still contested today, the latter theory has nevertheless survived as the more plausible one. The reason is that a turning point in international legal thought has tipped the scales in its favor. This point came in 1977 when Additional Protocol 1 to the Geneva Conventions was adopted. Inspired by several UN General Assembly resolutions and by the two UN International Human Rights Covenants, the protocol’s article 1 recognized that struggles of peoples against colonial domination were international armed conflicts. The Netherlands ratified Additional Protocol 1 in 1987, meaning that, from that moment on, they recognized logically, if implicitly, and morally – but not legally – that they had been engaged in an international armed conflict in Indonesia in 1945–1949.

The conflict in Indonesia in 1945–1949 was not a police action against insurgents in the context of a colonial territory in which domestic law alone was applicable; it was an international armed conflict in the context of independence in which international law should have played its role. The crimes committed during the conflict from both sides were war crimes and crimes against humanity. The applicability of the notion of war crimes was uncontested by 1945. In contrast, the applicability of the notion of crimes against humanity was still in its infancy in 1945 and remained controversial until the 1990s because until then many believed that crimes against humanity were applicable only to the Axis powers and only when there was a nexus with crimes against peace (later called crimes of aggression) or war crimes, as outlined in the Nuremberg Charter.

In this context of international criminal law, an unresolved issue is the notion of continuing crimes. If it could be proven that some of the crimes committed in Indonesia in 1945–1949 were still ongoing after 1949, human rights treaties and international humanitarian law ratified after 1949 could become applicable without violating the non-retroactivity rule. This could be the case for enforced disappearances and the confiscation of property, for example. This issue deserves further examination.

Over the last decade, Dutch judges have issued rulings with regard to the crimes committed by the Dutch in Indonesia in 1945–1949 in a series of legal cases. The earliest and most famous one, from 2011, dealt with large-scale extrajudicial executions during a Dutch military operation in Rawagedeh in 1947. Interestingly, the judges in that case adopted the thin theory and applied domestic law. They did not invoke arguments of international law at all – without explaining why not – and only cited some rare references to it by the parties in the case. However, they did not accept the argument of the Dutch state that the events of 1947 were time-barred. They recalled that the crimes committed during the massacre were not only deemed unacceptable at the moment of the court case, in 2011, but already at the moment of their occurrence, in 1947. In rejecting the state’s prescription argument with an appeal to humanity, the court implicitly applied the humanity principles of the Martens clause, the Universal Declaration, and the Charter provisions about non-self-governing territories. In this sense, its judgment constituted a breakthrough for the surviving relatives. After 64 years, compensation was paid to the widows of some of those executed. It was the start of a broader compensation program and it led to official apologies. Thus, even if it largely ignored international law, the court accelerated a process of transitional justice that had been dragging on for decades. 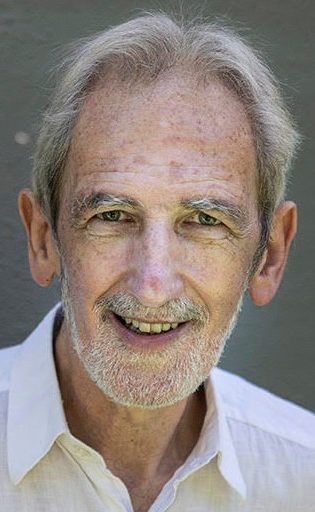